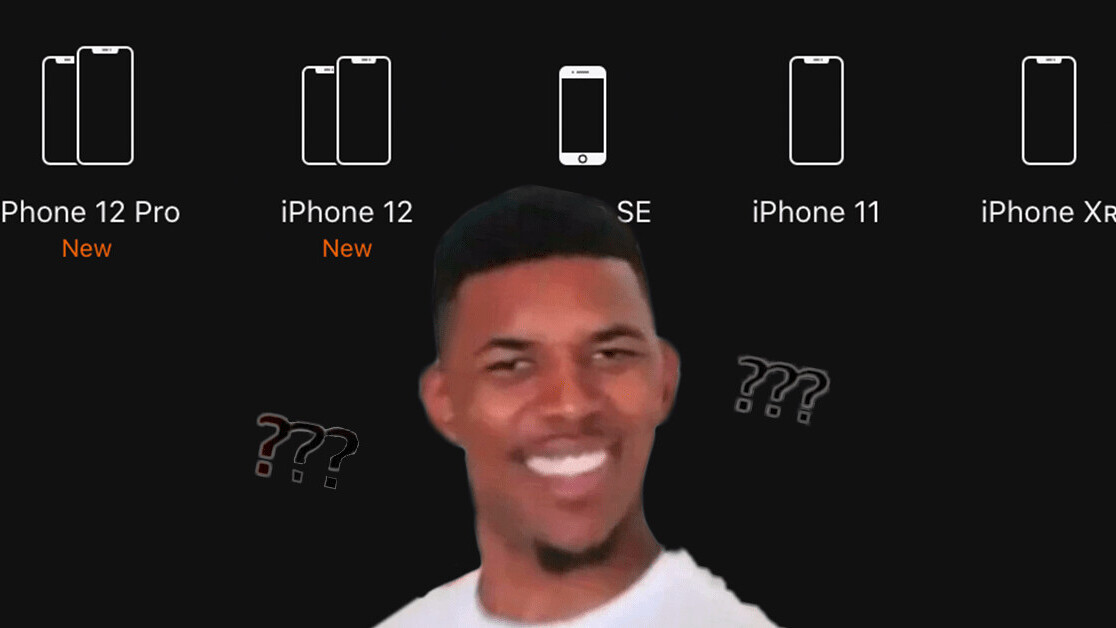 Yesterday’s Apple Event was comforting. For an hour and a half, Tim Cook and others soothed me. They introduced “the best iPhone ever” and gave me a brief respite from this hellworld.

That feeling couldn’t last though. On one hand, due to my crippling anxiety, and the other because I get paid to write about companies like Apple.

So, when I rolled out of bed this morning I began digging. And something made me double take: Apple stopped selling its iPhone 11 Pro models on its site.

Yep, if you go on Apple’s website you can no longer purchase last year’s top models, instead you have to buy the iPhone 12 Pro range instead. This is pretty weird — especially because the iPhone 11 Pro models are fantastic phones that’ll still be relevant for years to come.

Why has Apple stopped selling the iPhone 11 Pro models?

The first one we can brush past quickly. The more different phones Apple sells, the more complex manufacturing and shipping them becomes. Discontinuing the iPhone 11 Pro nips that in the bud.

This doesn’t adequately answer why the company would get rid of some of its best phones so quickly. And, to understand that, we need to look closer at yesterday’s announcements.

This was the first time Apple introduced four different iPhone models — this brings the current number of iPhones it’s selling up to seven. Now, let’s have a look at how much the base models cost:

This makes it pretty clear why Apple’s stopped selling the iPhone 11 Pro models.

Considering the iPhone 11 had $100 taken off its price with the new launches, we can assume Apple would take a similar chunk off the iPhone 11 Pro and Pro Max. This would put them between $749 and $999 — depending on how generous Apple felt, of course.

This would amount to a huge jumble in Apple’s mid-to-high range. The issue is not just a communication one (what’s better, the iPhone 12 or iPhone 11 Pro?), but it’d also cannibalize sales of the newer models, something that wouldn’t look good to stockholders and investors.

Apple resellers will still be able to stock the them — and you’ll probably be able to get some pretty decent deals on these in the coming months — but the company itself will be able to wash its hands of the devices and focus on shifting newer handsets. Clever.