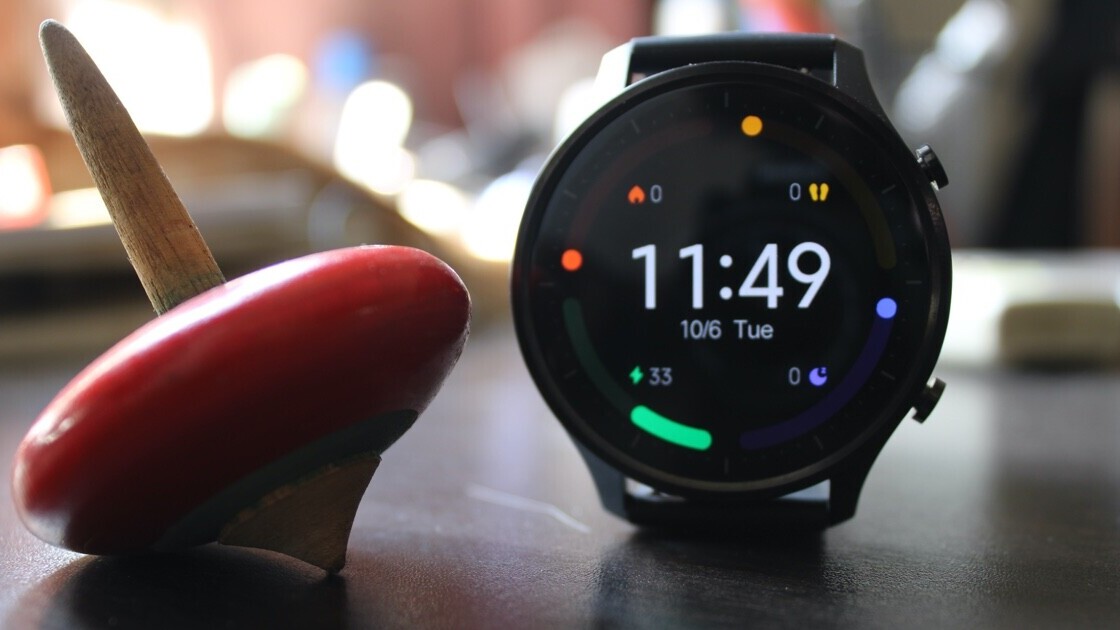 Xiaomi Mi Band has been one of the most popular wearables in India. When its fifth edition launched in the country a few days ago, it evolved from a bare minimum “fitness band” to a smart tracker.

Still, it remains a band, and its functionality was limited to it due to the size and form factor. That’s why, with the Xiaomi Watch Revolve, the company is aiming to lure customers who might want to upgrade for real.

At ₹9,999 ($136.46), the Mi Watch Revolve is not exactly cheap. However, it packs a lot of features. I used the watch for over a week, and despite my excitement about its features, I was left disappointed by the implementation.

The Mi Watch has a 1.39-inch circular screen with a 454×454 resolution. It covers a huge area of your wrist, and if you’re not a fan of watches with big dials, you won’t like the watch’s size. The watch comes with a rubberized strap, and you can choose from five color options while making the purchase.

Inside the watch’s bezel, there’s a physical ring with markers indicating time — just like analog watches. I couldn’t figure out why. It reduces the size of the display and cuts into the interface at an awkward angle. If I wanted such markers, I could’ve just chosen a watch face that does that.

The AMOLED display is bright enough in all kinds of lighting conditions. You can choose over 100 watch faces to customize its look. However, you can’t invoke it by double-tapping the screen, and I think that’s kind of odd.

To track fitness activities and movement it has a PPG heart rate sensor, a three-axis acceleration sensor, and a geomagnetic sensor. The company claims it’s using the Firstbeat motion algorithm to track variable heart rate in order to measure movements, energy level, stress, and sleep quality.

The watch has a 420 mAh battery and you can charge the device with its proprietary pogo pin holder.

The Mi Watch has a ton of features for fitness, but during my usage, it came up short in detecting a lot of stuff.

For example, when I was walking continuously for more than a couple of minutes, the watch tracked my steps well. However, if I moved around my house to get a snack from the kitchen or get a delivery package from my door, the watch often missed counting those steps.

Most of the modern smartwatches nudge you when you’ve sat down for an hour or more. Xiaomi’s new watch also has that function, but I got alerts multiple times to become active minutes after I just sat down.

Steps and activity tracking became more accurate whenever I switched on a workout mode. If you’re going on a run or a walk, the watch tracks your movement as well as your path through its in-built GPS sensor. And it tracked the distance accurately during a few of my outdoor runs and walks.

There are only 10 fixed workout modes. So, if you’re doing CrossFit or HIIT (High-Intensity Interval Training), you’d have to rely on the freestyle mode.

The VO2Max algorithm that Xiaomi claims powers a lot of fitness stats for the watch is used by a lot of renowned football and basketball teams around the world. It’ll be nice if the company can add tracking for some sports.

One of the impressive things about the new Xiaomi Watch is its battery life. I’ve been using the watch for more than five days, and I haven’t had to charge it, despite using it for workouts and outdoor activities.

Notification delivery on the watch works as intended. However, you can’t really act on these notifications, like archiving an email from the watch. If you pair the device with an iPhone, you won’t be able to control which app notifications do you want to show up on your wrist.

The smartwatch isn’t the ideal gadget if you’re want to train for long-distance running or track every aspect of your fitness accurately. You might be better off with Apple Watch, Fitbit, or Garmin for that. But it provides an upgrade over fitness tracking bands.

The device has excellent battery life and a lot of features. However, it probably needs a firmware upgrade to iron out some tracking bugs.

The Mi Watch Revolve is available in two finishes: black and silver, with five options for straps. You can buy the watch on Mi.com.