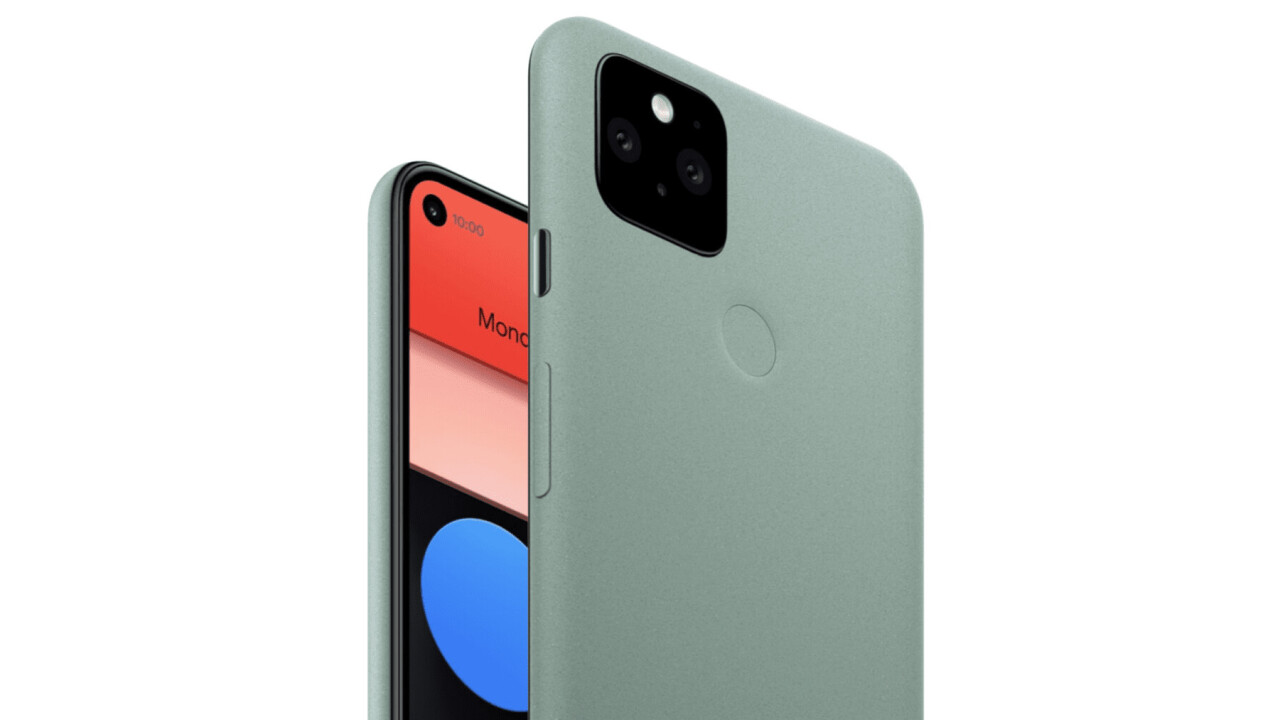 Tuning into hardware events these days feels like a surprise party someone has spoiled for you — fun, but you know what’s going to happen. So today, after endless leaks and rumors, Google today announced the Pixel 5. It costs $699 and will be available starting October 15.

At first glance, the Pixel 5 looks a whole lot like the Pixel 4, at least from the rear. This time around, however, there is only one size of the model (with a 6.0″ display), and Google has abandoned the radar-based gesture and facial recognition system, opting for a fingerprint reader on the rear instead.

This isn’t a flagship in the traditional sense.

For the first time since the inception of the Pixel line, Google isn’t using for the most powerful Qualcomm processor, but rather the increasingly popular Snapdragon 765G. That means the Pixel 5 is technically weaker than the Pixel 4 in terms of raw processing performance.

While that’s sure to annoy some tech enthusiasts, let’s face it: Google’s phones have never been about the hardware. Whether because it doesn’t have the same access as established hardware companies like Samsung or because it actively chose to prioritize software, the company has consistently lagged behind the competition when it comes to raw specs on its flagships.

But after years of reviewing phones, I’m well aware of how poor a predictor processor choice can be; I’ve found the OnePlus Nord to run smoother than my Pixel 4XL, despite the latter having the more powerful processor. Hopefully opting for a weaker processor means Google has doubled down on software optimization.

RAM and storage, at least, are still decently up to par, at 8GB and 128GB, respectively. Perhaps more importantly, the battery is pegged at 4,080 mAh, which should translate to oodles of battery longevity considering the less power-hungry processor.

Performance aside, it’s worth noting the Pixel 5 is one of the exceedingly few mid-to-high-end devices these days to not use a ‘glass sandwich’ construction. Instead, it’s a metal construction, painted with a speckled finish that looks quite nice, especially in the new ‘Sorta Sage’ colorway. Somehow, Google managed to fit wireless charging in there (including reverse wireless charging), despite the metal design.

Of course, Pixel phones are all about the camera, and this time around Google has decided to swap the telephoto lens for a wide-angle one. I’d rather just have all three, but if I’m forced to choose between the two, I’ll take the wide-angle camera any day. You can always zoom, and Google’s Super Res Zoom tech does a pretty decent job of it.

On the software front, Google says its improved HDR performance with exposure bracketing. This should hopefully allow the system to capture an adequate amount of dynamic range in a wider variety of lighting conditions and exposure settings. As good as Google’s HDR+ is, I often found it did a poor job of adjusting to my manual exposure compensation, so hopefully this update is more flexible.

There are a couple of other lighting-related improvements. The Pixel 5 can now use Portrait mode with Night Sight, for one, opening up some new creative opportunities.

I’m most excited about the new ‘Portrait Light’ feature though, which can rescue images with poor lighting. It works a bit like Apple’s ‘Portrait Lighting’ feature — go figure — but while Google’s doesn’t have the same variety of styles, it has the advantage of letting you adjust the position of the lighting source.

Better yet, you can apply it to your old photos, as it’s done with AI rather than anything specific about the hardware; a support page says the feature will be compatible all the way back to the Pixel 2.

Other things to note:

The Pixel 5 will be available October 15 for $699 in Just Black and Sorta Sage colorways.