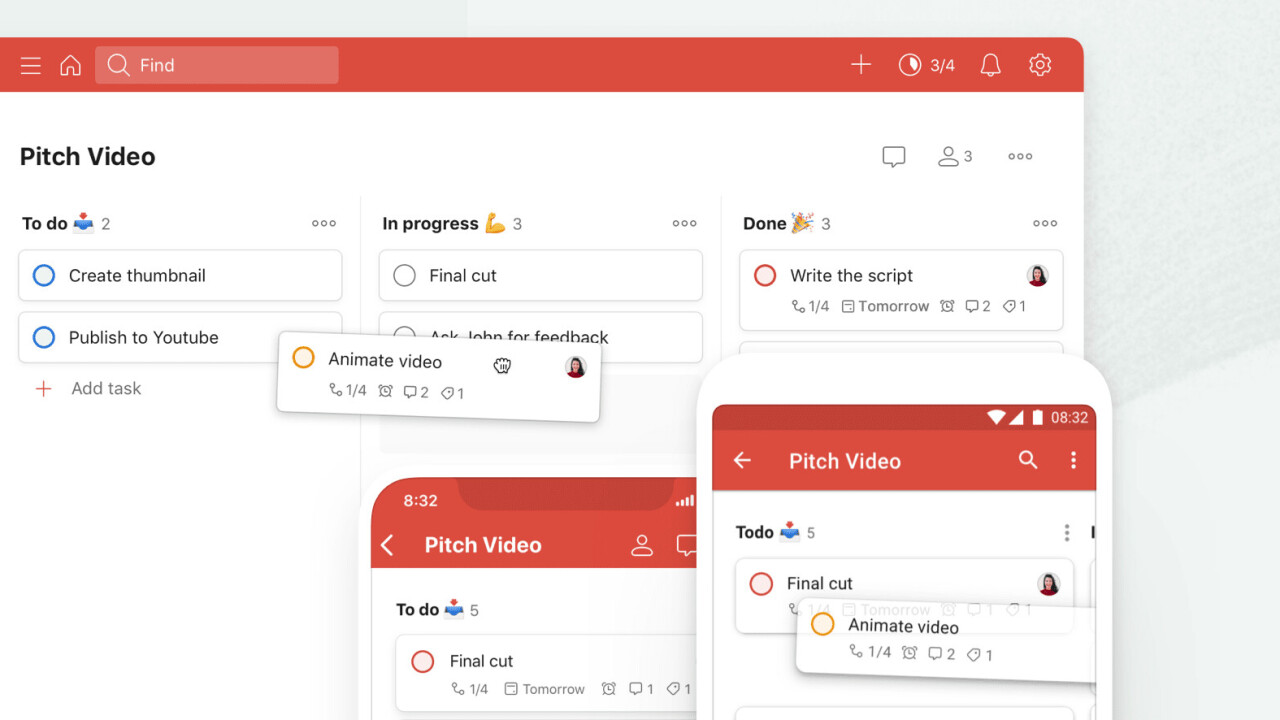 Todoist today officially introduced a feature that could significantly change how people use the popular task-management app: Boards. It basically works a lot like Trello, but built right into Todoist.

The feature had been testing in beta for a while, but today it officially arrived on all devices Todoist is available on. Rather than a simple one-dimensional list, Boards allows you to organize your tasks Kanban style, using both vertical lists and horizontal columns. This gives you a lot more flexibility for visualizing your ideal workflow or rearranging tasks within a project.

A classic setup, for example, is to use ‘to-do, doing, and done’ columns. If you have a long-term project with multiple tasks, the horizontal colums help give you a nice overview of the status of each task, without having dive deep into messy sub-tasks.

Other examples given by Todoist include:

The advantage Todoist has over Trello is that boards are optional; you can toggle between list and board views with just a couple of clicks.

Trello, on the other hand, has been doing the boards thing for a lot longer and has an extensive list of integrations that might still make it preferable to some users. Still, it’s nice to have options.

The feature is rolling out to todoist on desktop and mobile over the next few days. For more on the new feature, you can check out Todoist’s announcement post here.