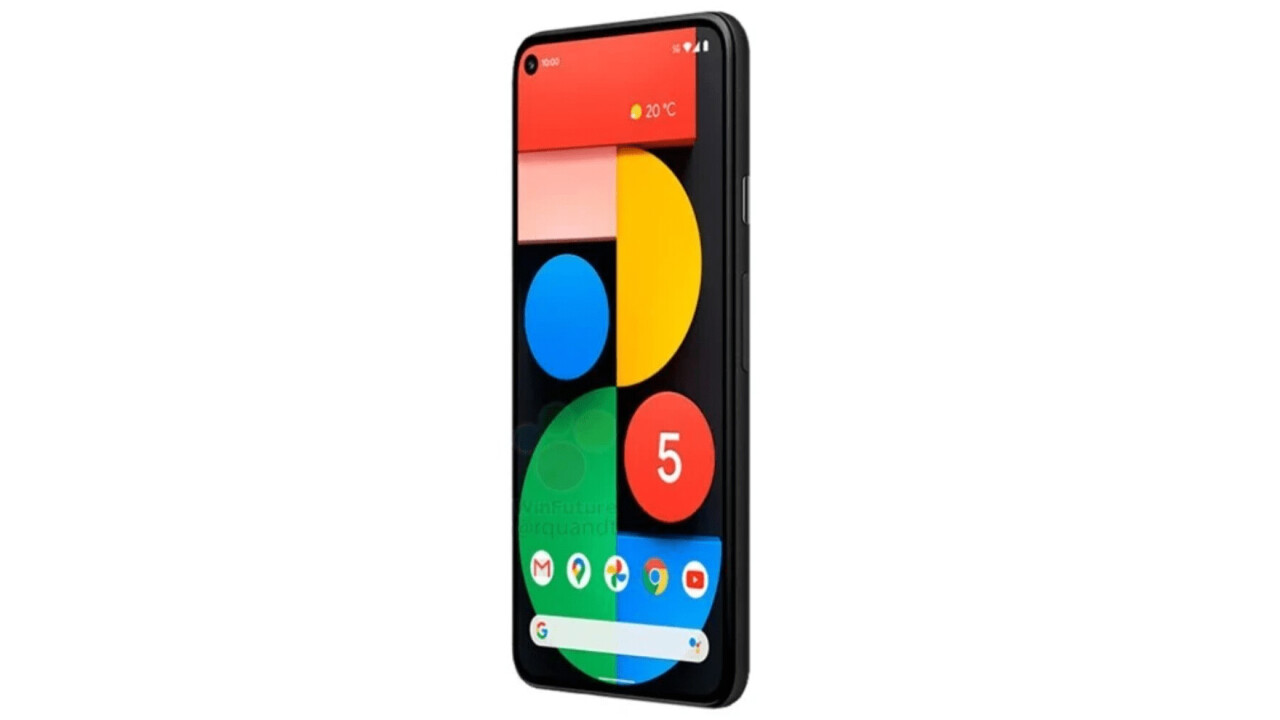 We already know the Pixel 5 (and 4A 5G) will be revealed on September 30, but that isn’t stopping the leak machine. According to images posted by WinFuture, the upcoming Pixel 5 will feature a design that looks a whole lot like a blown up Pixel 4A. Behold:

WinFuture’s report also reveals or corroborates a myriad of specs and other details. It reiterates reports that the device will come with a Snapdragon 765G, which would technically make the Pixel 5 slower than the Pixel 4. Although if it’s anything like the OnePlus Nord, that should be more than enough performance for most people.

Google doesn’t appear to be skimping too much on the rest of the specs though, what with 8GB of RAM and 128GB of storage, and an IP68 water-resistant chassis. Blessedly, Google has finally opted to include a decent-sized battery, pegged at 4,080 mAh

That’s significantly larger than the Pixel 4 XL’s 3,700 mAh battery, despite the Pixel 5 using a smaller 6-inch display. Combined with the more conservative processor, that should translate to major battery gains for Google‘s latest.

The primary camera appears to be very similar, if not identical to the Pixel 4’s. It supposedly has a 12.2 MP resolution with a 1.4 micrometer pixel size, combined with an F1.7 lens. Those are the exact specs of the sensor in the Pixel 4; though we all know Google‘s imaging prowess comes from the software, it still seems prudent to upgrade the hardware for a better foundation.

Notably, after making the bold claim that it thought a telephoto lens was more useful than a wide-angle camera last year, this time around Google has pulled the ol’ switcheroo and opted for the wider lens instead. It appears to be the same sensor as last year’s telephoto lens, at 16 MP and 1 micrometer pixel size, except now with a wide-angle lens.

Of course, just about every other manufacturer is including all three lenses nowadays, but who am I to question Google‘s wisdom? I do prefer the inclusion of a wide-angle camera, and maybe Google has improved Super Res Zoom enough that we won’t miss the tele too much. Maybe.

As for the facial recognition camera and Motion Sense? Gone. Google is sticking to a trusty old rear-mounted fingerprint reader this time around.

If the specs seem underwhelming, it’s worth noting all signs indicate Google is targeting a lower price point; rumors suggest the Pixel 5 could launch at just €629. That translated to approximately $737, though $700 seems the more likely price. There’s also still a chance Google could surprise us by offering a premium model, but given the lack of leaks, that seems unlikely.

Google is clearly aiming the phone at a growing market of people who just want a phone that works well and takes good pictures. I personally could care less about specs and numbers so long as my phone performs well enough in my everyday usage. My experience is that mobile processors have reached a point of diminishing returns, and I often find software optimization has more to do with smoothness than raw specs.

Considering Google’s event is a little over a week away, it won’t be long until we find out more.