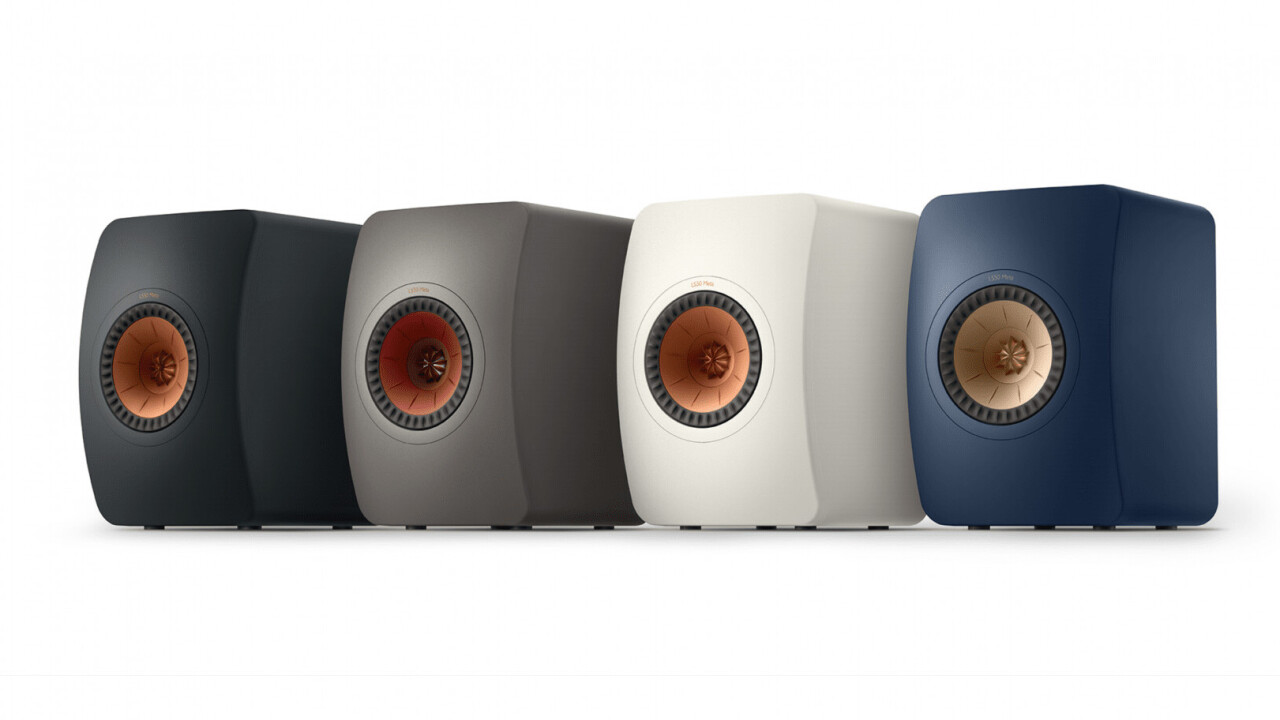 There is perhaps no modern speaker more famous among audio enthusiasts than the KEF LS50. Launched back in 2012 to celebrate the venerable audio company’s 50th anniversary, the speaker was quickly met with critical acclaim and enduring popularity. At this point the LS50 is basically a meme, and it’s pretty much impossible to navigate audio forums without it coming up every few pages, along with its streaming variant, the LS50W.

Not one to let such popular models go stale, today KEF announced their successors: the LS50 Meta and LS50 Wireless II. The key acoustic update is a newfangled use of metamaterials to “absorb 99% of the unwanted sound radiating from the rear of the driver, reducing distortion and enabling the prevention of audio distraction.” It covers a range from 600Hz all the way up to the top of the tweeter’s response.

The metamaterial KEF is using essentially looks like a maze, whose function is to ‘trap’ the unwanted back wave radiation. KEF says it’s a massive leap over “traditional approaches” that it says only allow about 60% absorption. You can learn more about the technology in this short video KEF released a few weeks ago:

It also looks pretty cool, even if we never get to see it given it’s tucked away inside the speaker.

Speaking of pretty, KEF is introducing some snazzy new colors for the LS50, along with a slightly tweaked curvature, particularly on the backside. I’m especially fond of the blue and gold colorway that appears to be exclusive to the passive model.

Back to the acoustics, the LS50 Meta also uses the 12th generation of the company’s trademark Uni-Q driver, which, unlike most speakers, allows sound to emanate from the tweeter and woofer at the same point in space. KEF is also claiming the bass exceeds what you’d expect for a speaker its size, although the claimed -6dB point is still the same 47Hz as the original LS50.

Without having heard the speaker or seen any hard data, it’s hard to say how palpable the improvements are over the existing model. There’s a lot more to good sound than distortion, and the KEF LS50 had worse measurements and in my experience sounded worse than its larger and newer brother, the R3. Hopefully, the company has brought some of the R3’s goodness to the LS50 Meta.

And then there’s the LS50 Wireless II. This is arguably the more interesting update, even if doesn’t come in that snazzy blue (instead it gets a rather ominous-looking red). KEF addresses many of the criticisms of the original model, finally allowing you to actually use the speakers wirelessly (the original LS50W was ‘wireless’ in the streaming sense, but required a cable between the two speakers).

There are a plethora of modern upgrades too. The speaker has almost every physical input you could want, including optical, coaxial, 3.5mmm, and HDMI eARC for easy integration into a home theater setup, although the company has abandoned the USB DAC. It supports a host of streaming services, including Chromecast, AirPlay 2, Spotify Connect, Tidal, Amazon Music, Qobuz, Deezer, and Roon. Of course, Bluetooth is on board as well.

Acoustically, the LS50W II features the same improvements as the LS50 Meta, although it includes DSP to refine the sound further and allows users to customize acoustics via the KEF connect app.

There’s also a new 100W amplifier for the tweeter complimenting the 280W amplifier for the woofer. That should help the LS50W get plenty loud and reach lower than you might expect from a bookshelf speaker, although once again KEF is not claiming any lower bass than the prior generation’s 40Hz( -6 dB).