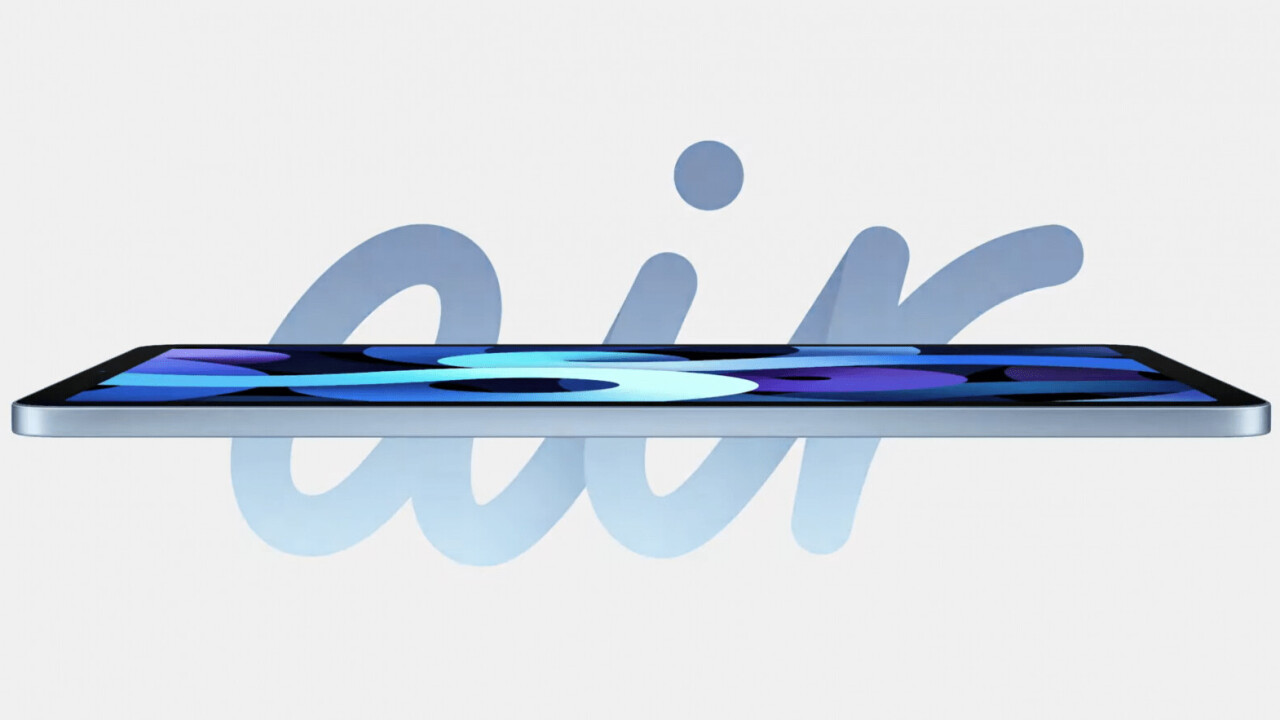 It’s fall again, which means its time for Apple to announce new products. This time around, the company is doing things a little differently, announcing the new Apple Watches and iPads separate from the iPhone — not to mention the lack of a physical event (thanks, corona). Here’s all the big news Apple had to announce today.

Cupertino announced its latest wearable today, the Apple Watch Series 6, and the headlining feature was the ability to track your blood oxygen levels. That makes it useful for detecting more potential pulmonary and cardiac maladies — including possibly predicting the onset of coronavirus. To this end, Apple is launching three health studies to rigorously investigate how the new sensor can be used for health applications.

The Watch also includes a new S6 chip that promises 20% higher performance than its predecessor, as well as a display that gets up to ‘2.5 times brighter’ than the Series 5. It retails for $399 and is up for pre-order today; general availability begins Friday.

The Apple Watch SE brings the much of the value of the Series 6 into a $279 package. It uses the last-gen S5 processor, but still offers the latest sensors and follows the latest Apple Watch design with thinner bezels. However, it lacks the blood oxygen sensor and ECG capabilities of the Series 6, so you might still want to consider the Watch Series 3 as an affordable option, as Apple will still be selling that model for $199.

No more charger in the box

Rumors have suggested Apple was planning on removing the included charger from the iPhone 12, the logic being that many people already had a charger that works. It turns out Apple is doing so with the Apple Watch first; the upcoming wearables will ship without a charger in the box.

Apple says it made the decision for environmental reasons, claiming it will save the carbon equivalent of 50,000 cars per year. This is part of a commitment to become completely carbon neutral by 2030. You can bet the iPhone will follow suit.

One of the biggest reasons people buy Apple Watches is for fitness tracking, and now Apple is taking that to the next level with its new Fitness+ subscription. For $30 a month, it allows users to watch and follow fitness videos on any of the company’s devices. Apple says it’s got some of the best trainers in the world working for the platform, and it’s a clear shot across the bow to Peloton.

Rumors that Apple was planning to combine its various services had been flying around for months now, and today we finally got confirmation. Dubbed ‘Apple One,’ it consists of three tiers that include Apple Music, Apple TV+, Apple Arcade, iCloud storage, and more:

Apple One launches later this year in over 100 countries, though Premier will only be available in Australia, Canada, the UK, and the US.

The headlining feature is the use of the A12 Bionic chip; while old, it offers 40% faster processing and 2x the graphics power of the previous gen iPad. Apple claims this chip is “up to two times faster than the top-selling Windows laptop” so the older processor should be much of an issue for most buyers. It’s up for pre-order starting at $329 and will be available starting Friday, September 18

More interesting was the reveal of the new iPad Air, which takes a leaf out of the iPad Pro’s book with a boxier, slimmer bezel design and USB-C support. Unlike the iPad Pro, it comes in a variety of pretty colors, including rose gold, green, and sky blue, in addition to the staid silver and space gray. The slimmer bezels mean the home button is gone, so Apple has instead stuck Touch ID onto the power button on the rim of the device.

Design aside, the iPad Air features a new A14 CPU using 5nm technology — a first for mainstream processors. It brings a 40%  processing and 30% graphics boost relative to the previous generation Air. It starts at $599 and will be available next month.

Despite not announcing anything iPhone-related today, Apple surprised everyone by announcing iOS 14 would be available… tomorrow, September 16. The same goes for iPadOS 14, watchOS 7, and and tvOS 14. For more on what to expect from iOS 14, you can read our post here.

And that’s about it. Considering Apple still has iPhones and new ARM-powered Macs to announce, I expect we’ll be seeing Tim Cook and crew again very soon.