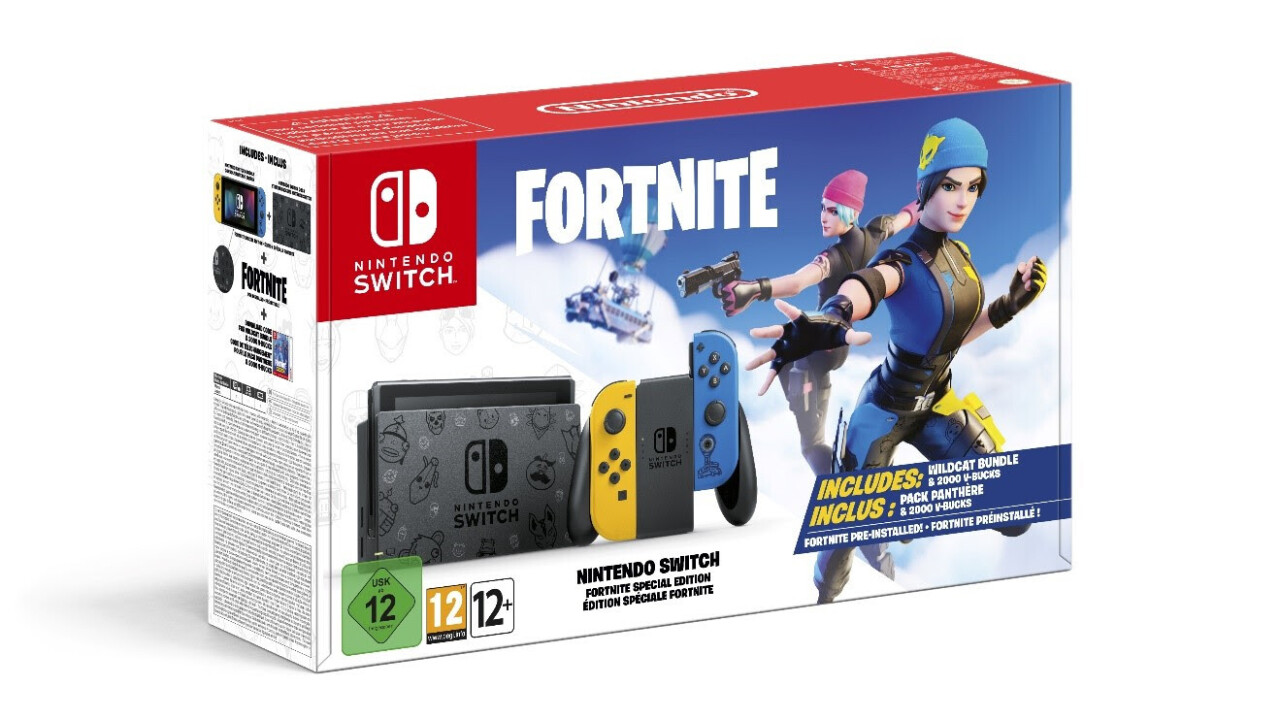 Amidst an epic legal battle between, well, Epic and Apple, Nintendo has announced a Fortnite-themed special edition of its Switch console.

The console is slated to hit stores in Europe on October 30, according to Eurogamer. It’ll also drop in Australia and New Zealand, albeit a little later on November 6, NintendoLife reports. The pricing for Europe remains unclear, but NintendoLife says the Fortnite-branded Switch will retail at about $350 (AU$469.99) in Australia.

As you can expect from a special edition, the console will feature a Fortnite-inspired design on the back of the as well as the dock. It’ll also ship with exclusive blue and yellow Joy-Cons. Since its a Fortnite edition, the battle royale smash-hit will also come pre-installed on the device (too bad you can’t flip one of these for thousands of dollars on eBay).

The bundle will also include a new Fortnite skin, Wildcat, which comes with two styles and a back bling. Nintendo and Epic are also throwing 2,000 V-Bucks (about $15) into the mix.

The news comes amidst rumors Nintendo is seeking to ramp up Switch production by another 20% in an effort to keep up with demand. The Japanese giant is also purportedly working on a beefed-up Switch with 4K graphics capabilities for 2021.