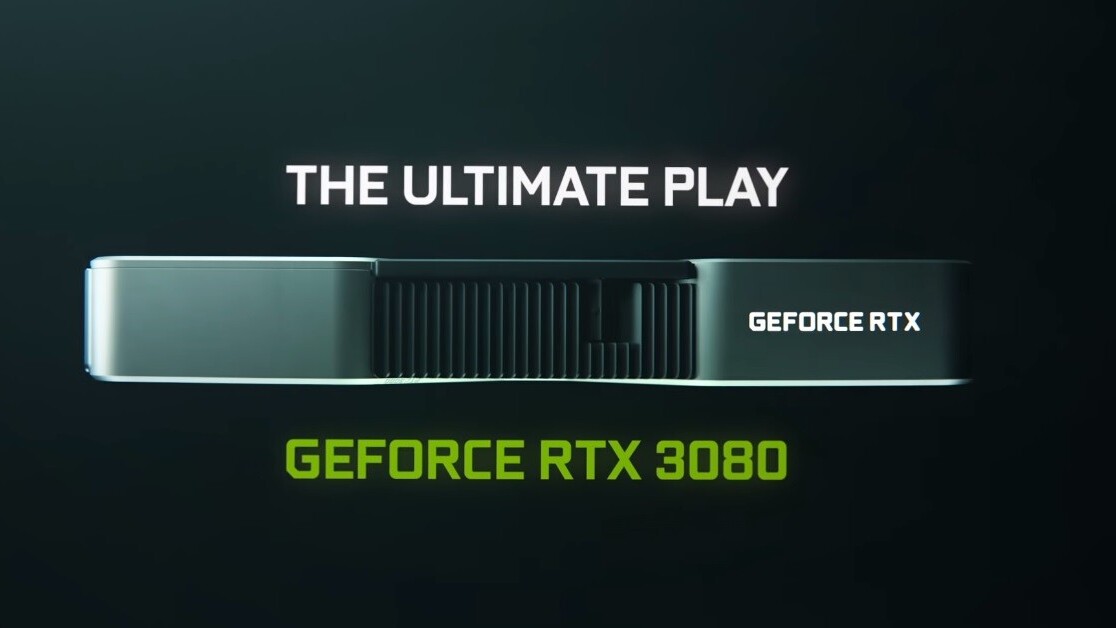 Nvidia today revealed its latest line of graphics cards, called the RTX 30 series. With three new cards on the way, two of them relatively inexpensive, Nvidia promises they’ll be the next step-up for PC gaming — and from what we’ve seen, it certainly looks like it can back up that claim.

The specs for the GPUs were, by and large, leaked ahead of time, but seeing them in the flesh (figuratively speaking) was still a treat. The star of the show was the RTX 3080, powered by its new Ampere architecture. Nvidia CEO Jensen Huang revealed the card and said it would be twice as fast as its predecessor, the RTX 2080, and almost that much faster than the 2080 Ti, with 10 GB of memory. And it’s price tag is, miraculously, in the three figure range, at $699. The word is that Nvidia’s selling these cards so cheap to undercut competitor AMD. I don’t know how true that is, but the part of me that loves corporate pettiness hopes it is.

Probably of most interest to GPU enthusiasts is that Nvidia also announced the RTX 3070. The point of this card is to offer comparable, if slightly downgraded performance to its 3080 big brother, at a lower price. Nvidia boasted that the 3070 is actually faster than the best RTX card the company currently sells, the RTX 2080 Ti. And it’ll sell at $499, practically a steal if you compare it with the $1,249 price on the 2080 Ti (at time of writing). WCCFTech reports eBay is currently flooding with gamers attempting to sell their RTX 2080 Tis for roughly the same price as the 3080 and 3070, though I was only able to find a few when I checked myself — maybe they all just sold that fast.

Honestly, speaking as someone who owns an RTX 2080 and paid through the nose for it late last year, I have to insert a meme here that perfectly captures my reaction to the news:

Henry Says it Best! from pcmasterrace

Now if you want something that’s properly expensive and looks it, Nvidia has you covered there, too. The RTX 3090 is a beast of a card, intended to enable gaming at 60 fps at 8k resolution. I know that because they showed a sizzle reel of gamers playing with the card and commenting on just how darned pretty it was. Amusingly, Huang — who was doing the broadcast in his kitchen — revealed the 3090 by removing it from the oven. Explicitly compared to the Titan card, it has a whopping 24 GB of GDDR6X VRAM. I’m looking forward to seeing how all of these cards behave in action, but I’d be lying if I said this one wasn’t my new favorite. Still, you’ll need three whole slots to fit the darned thing — it’s an absolute unit compared to its more 3080 and 3070 brothers.