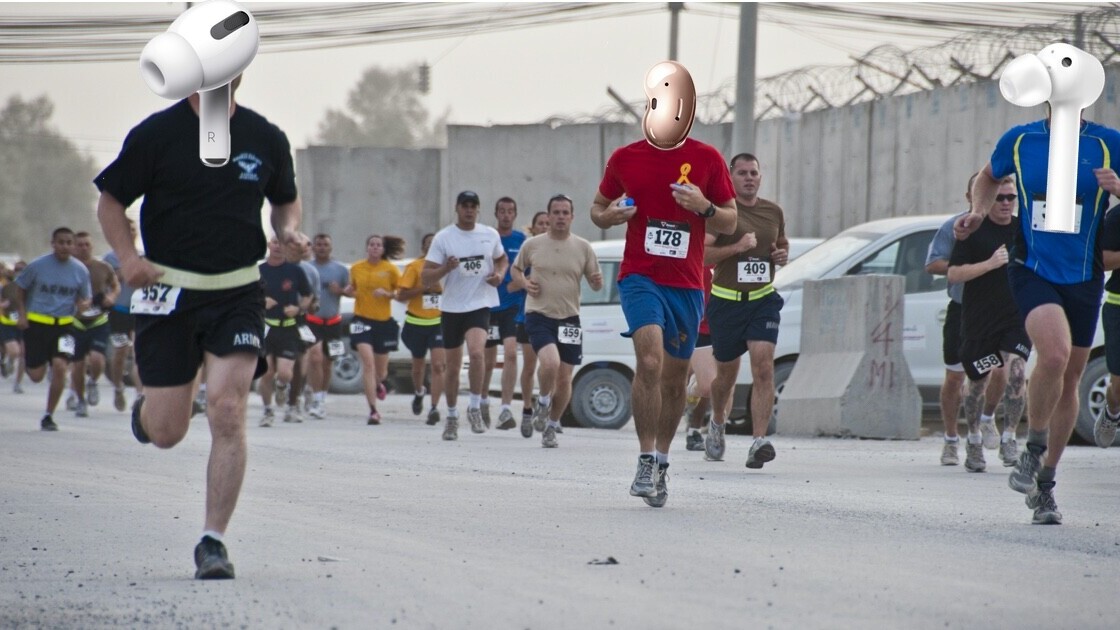 Apple AirPods are the main reason why there’s a ‘Truly Wireless (TWS) earbuds market.’ The company changed the earbuds game with its breakthrough product and has sold millions of units. So many that there were some crazy and outrageous theories last year about its sales.

Heck, any wireless buds that come out in the market are compared with the AirPods. Almost anyone who wants to buy a pair of buds might’ve owned or used Apple‘s marquee product once. But the Cupertino-based firm is losing some ground to its rivals.

While Apple is still the leader in the space, other firms have clawed back some of the market shares from the iPhone-maker. According to a report from analytics firm Counterpoint, Apple’s market share in the TWS market has shrunken from 50% to 35%. Xiaomi is in second place with a 10% bite of the pie, followed by Samsung with 6%.

Xiaomi‘s rise makes sense because the company releases super affordable audio products, such as the $30 AirDots or $60 Mi Airbuds 2. So, these might be a great budget alternative for Android users who want the form factor, but don’t want to spend more than $100.

Samsung has proven itself a worthy competitor its $150 Galaxy Buds+; its recently released $170 Galaxy Buds Live is also getting rave reviews. For anyone using a Samsung phone, and there are millions of them, these are the ideal choices.

Other phone makers have also released their own wireless earbuds with special features compatible with the brands’ own phones. In the last few months, OnePlus released its $79 buds, and Vivo launched its own Neo TWS. These are almost half or a third of the price of the AirPods, depending on the country of sale.

But Apple doesn’t really need to worry much. Counterpoint’s report also suggests that AirPods sales are expected to grow from 61 million last year to 82 million this year. That’s more than 30% growth. While the AirPods-maker’s share has dwindled, I don’t think there’s any immediate threat to its pole position. Other companies are not selling a large number of premium phones as compared to the iPhone.

Plus, these other buds don’t have the best cross-platform compatibility. So, if you own an Apple product like an iPad or a Mac and use an Android phone, you might get the AirPods. However, the possibility of someone buying other buds with the iPhone is negligible. AirPods’ throne is safe for now.