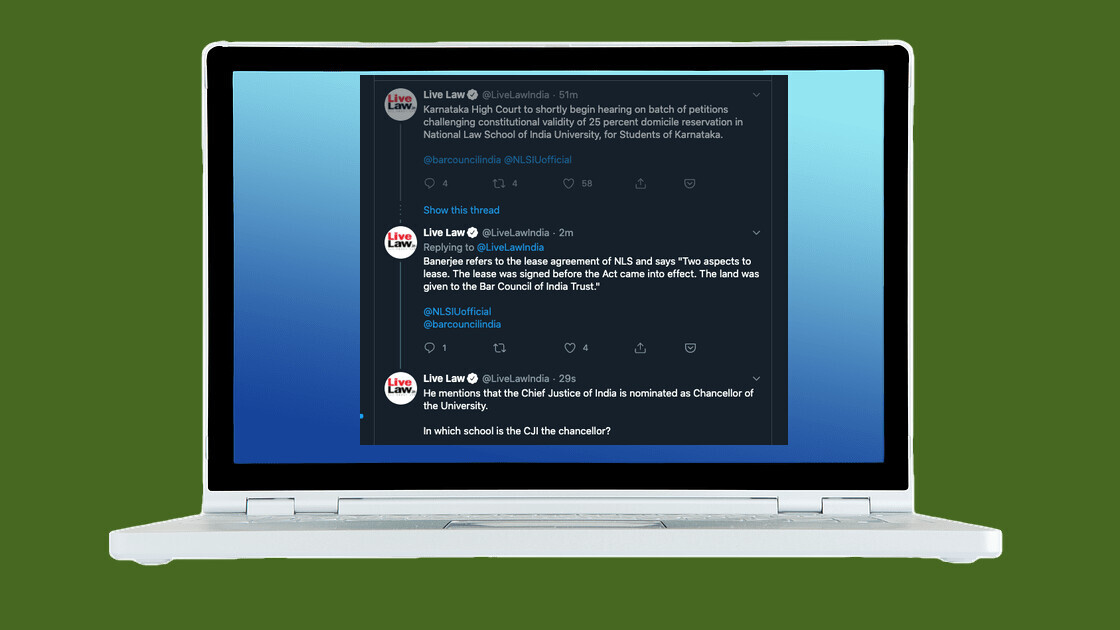 The internet gods are witness to the fact that I spend an awful amount of time on Twitter. If the internet was an actual religion, I’d spent a lot of time in the confession box talking about the site.

While I have to keep an eye on Twitter for work, I also spend a lot of time looking at memes and reposted TikTok videos. But because of the site’s weird algorithm, I end up seeing a lot of tweets again and again — it’s kinda frustrating.

However recently, I chanced upon a handy extension (works on both Chrome and Firefox), that can make my Twitter browsing a tad more efficient. It’s called Just Arrived, and it works in a simple manner: it dims out tweets that you read earlier, so you need not pay any attention to them.

For example, look at this thread by LiveLawIndia, I’ve seen the first tweet earlier, so it’s dimmed, and the new tweets are visible in a brighter shade.

To use this extension, you don’t have to do much: just click on this link and install the extension. After it’s installed you can go ahead and use Twitter as you would normally do. The extension’s developer Arunmozhi told me that the tool works on sessions, so it notices the tweets that you’ve read and dims it next time you refresh the page or open Twitter on another tab. He said that none of your data is stored or sent to a third-party server. Plus, the extension clears out all of it every day.

You can download Just Arrived for Chrome here, and for Firefox here.