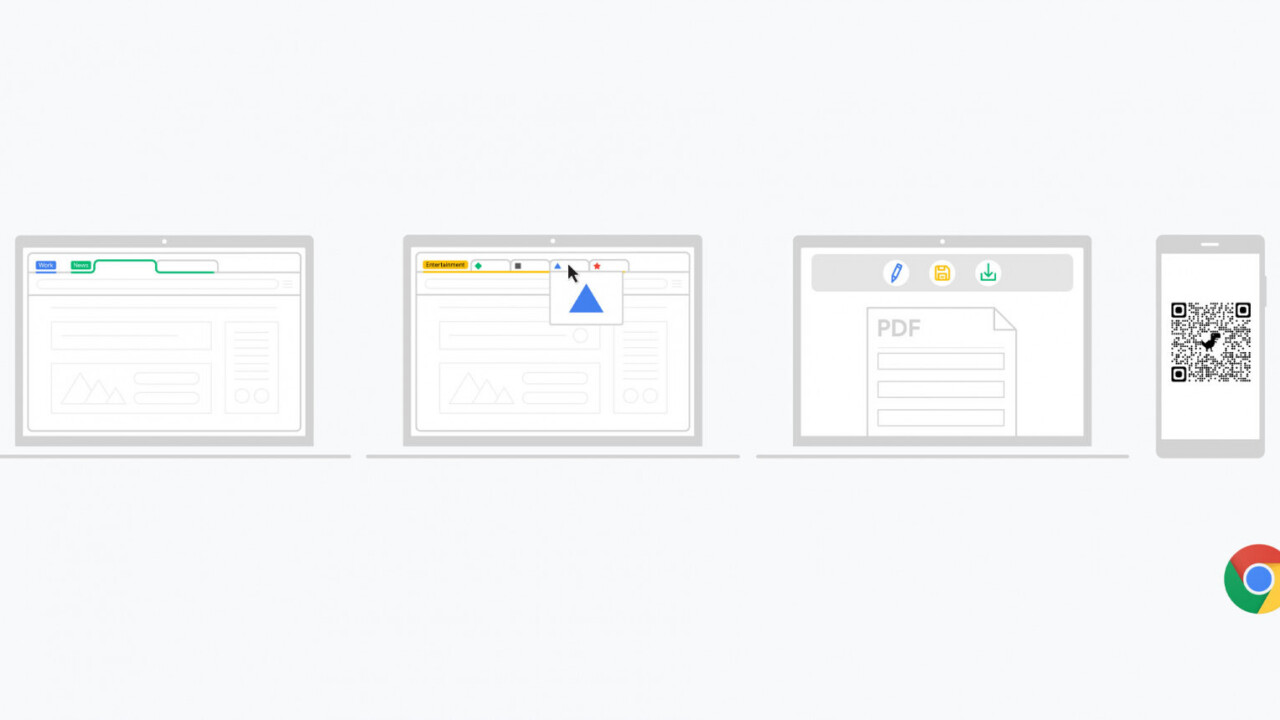 Google Chrome is getting a slew of updates today meant to make the app zippier and keep you more productive, both on the desktop and mobile. Let’s jump right in.

First up, the company says it’s sped up tab loading in the app by 10 percent, along with other improvements. The browser should be 7.3% more responsive on Windows and 3.9% on Mac, load content 3.5% and 2.3% faster, and generally run websites 11.4% and 7.7% faster than previous versions of Chrome.

Perhaps more importantly Google is also introducing tab throttling to the beta version of Chrome. That means that tabs in the background will take up less of your CPU’s resources, improving both the speed on the tabs you’re actually using, as well as battery life all over.

Google may still be rolling out the Tab grouping feature it introduced in May, but the company is already improving on the feature. Specifically, you will now be able to collapse tab groups, allowing grouped tabs to take up less of the precious real estate in your tab bar, and allowing you to see the ones you’re actually working on better.

Speaking of tabs, Chrome will finally begin to support tab previews, a feature that’s been on other browsers for ages now. This allows you to hover over a tab and get a preview of the page — particularly handy when you’ve run out of tab space.

For tablet users, Google is also improving tabs by using something of a hybrid between its desktop and mobile UI. Now, you’ll see a button next to the address bar that lets you preview all your open tabs and switch between them with larger, more touch-friendly buttons. This feature is coming to Chromebook tablets first, with Windows updates presumably at a later date.

On mobile, Google is adding a feature that allows you to switch to a tab you already have open if you start typing its title into the address bar. This feature is already available on desktop, but it’s probably more useful on mobile, where you can’t see all your tabs at a glance.

Chrome will finally allow you to fill out and save PDFs “over the next few weeks,” saving you the trouble of having to download another application just for that basic functionality.

Lastly, Google said it’s simplified URL sharing on Android, making it easier to share links through other apps or to send the link to Chrome on your desktop. The company is even introducing a QR code you can share from either Android or desktop Chrome; perhaps not surprising given QR codes have exploded in popularity during the pandemic.

As usual, Google is rolling out the updates slowly, so you might not see them right away, but it’s nice to see Chrome is getting a bit better, considering we’re all spending more time online than ever.