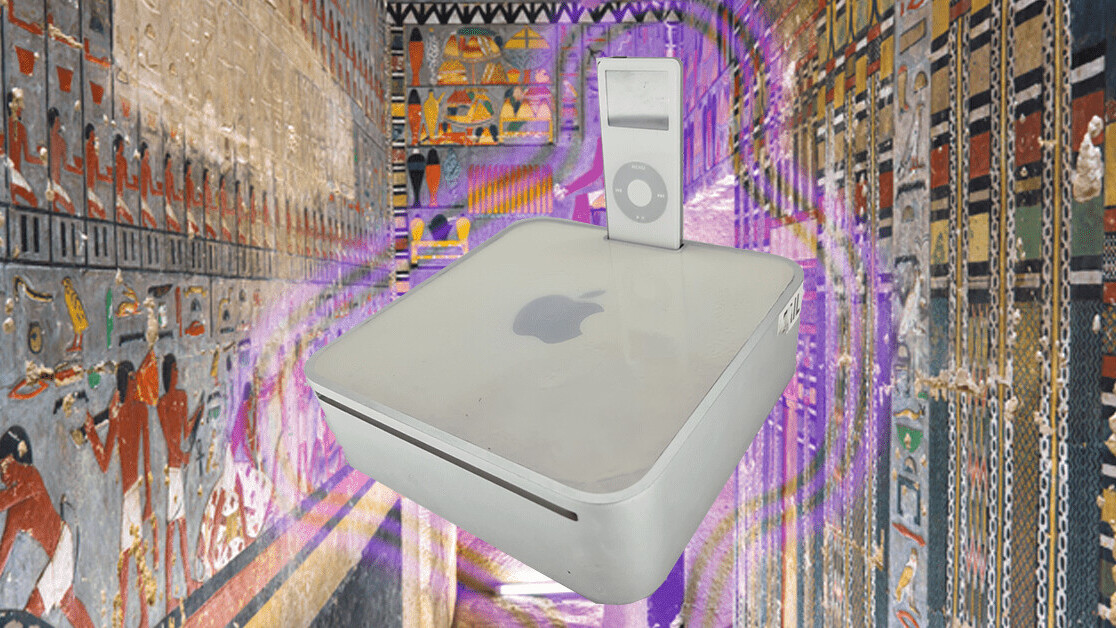 These days — if it ever really was — Apple isn’t an experimental company. It makes great devices, but but they come across as neat, well-designed, and efficient, not innovative in themselves.

Which is why I’m hyped that, at some point, Apple did actually fuck around. Even if only internally.

Okay, so a prototype of Mac Mini with an iPod dock isn’t exactly like finding out Steve Jobs had a division researching a doomsday device, but it is still cool. And yes, I would’ve preferred the planet destroyer story, but we must make do with what we have.

Anyway, have a gander at the Mac Mini with an iPod dock:

This prototype was shared by the Twitter account DongleBookPro and first covered by MacRumors. Part of me wants to scream and curse whatever higher power prevented this from being release, but let’s be honest: it’s pretty clear why this monstrosity never saw the light of day.

Of all its MP3 players, it was the Nano range that (arguably) underwent the biggest design changes throughout its lifestyle. This means that if this Mac Mini with an iPod dock was ever released, it’d become obsolete fast.

I mean… who even decided to focus on the Nano? Surely the Classic would’ve been a better shout? Or, even better, have a universal dock that’d fit a variety of iPod types.

Whatever though, this isn’t about details, it’s about a different approach, an aesthetic, a vibe.

Part of me hopes that someone at Apple‘s Curpertino HQ is working on weird product mash-ups right now. Someone tinkering with an Apple Watch you can dock an iPhone in. Maybe there’s a MacBook where each key is actual a tiny iPad and inside each one of those there’s an even tinier iPad Mini. Or maybe, just maybe, there’s a pair of AirPods that also work as Apple Pencils.

Would I want to buy any of those things? Or even would like to see them sold? Oh god no, they’d be horrible and pointless and a waste of time. But I do like the idea that somewhere, deep inside, Apple still wants to be a company that experiments and creates weird things, no matter how unlikely that is.

Until confirmation of that, I guess we just sit here and wait for the iPhone 12.