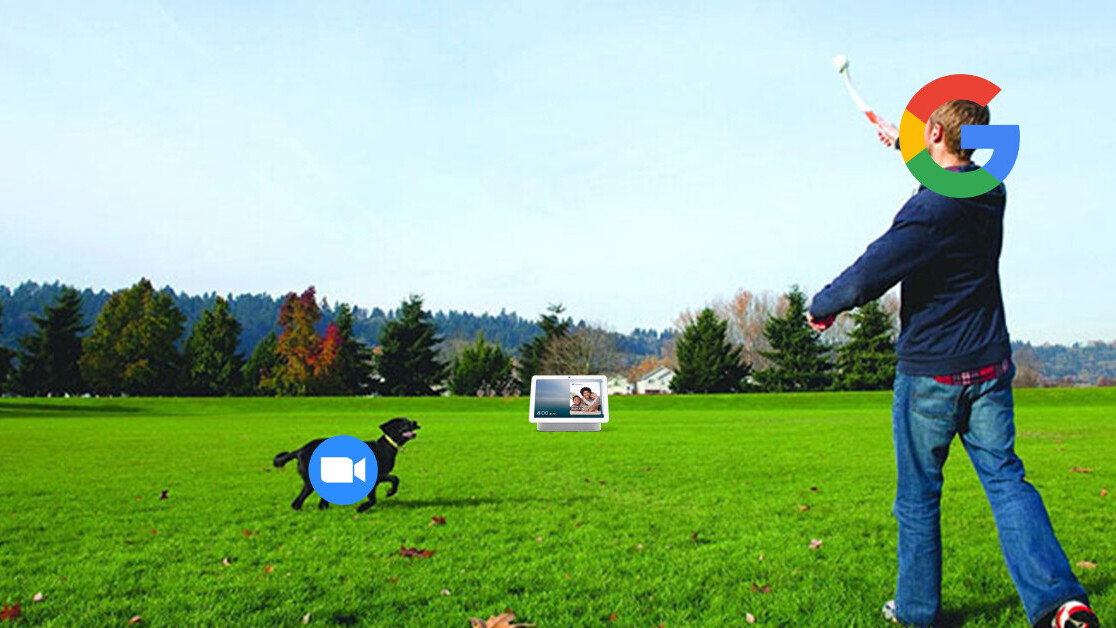 Google is giving you the ability to become the most annoying person in any conferencing call by tuning in straight from your Assistant-enabled smart display.

In an announcement on its blog, the company revealed Zoom will be available on any Assistant-powered smart displays — including Google‘s own Nest Hub Max — by the end of the year.

The integration boasts pretty much the full spectrum of features you can expect from it, including the ability to start calls with voice commands. It’s practically the same functionalities Assistant-powered smart displays already offer for Google Meet.

The move is… interesting.

Back in April, Google capitalized on the string of bad press Zoom had been getting by making Meet entirely free — a marketing stunt that turned out to be incredibly successful. Indeed, the campaign specifically bragged about Meet’s security features, an aspect which Zoom notoriously has struggled with.

At the time, Meet had about 10 million installs on Android. It now has over 100 million. In fact, Meet proved so popular during the coronavirus lockdowns that the Big G decided to also bundle it with Gmail — a decision I vehemently despise.

So why is Google acting so cordial towards Zoom all of a sudden?

Well, Google chief Sundar Pichai recently had to appear in front of congress to defend the company’s allegedly anti-competitive practices and explain away accusations of stifling competitors. Pichai, of course, categorically denied any such claims, insisting technologies developed by Google — especially Android — have greatly benefited business of all sizes.

In all fairness, Zoom has enjoyed an explosive growth this year, even with Google’s attempts to cut into its market share. Along with Tesla, Zoom was one of the fastest growing companies in the Nasdaq 100 index, adding over $58 billion to its market value this year alone — skyrocketing from $18.99 billion to $77.8 billion.

So it’s not like Google is helping a struggling company. But after its blatant attempt to snatch annoyed customers (which, you know, fair play), adding support for Zoom for Nest Hub Max feels more like throwing a bone.

Anyways, I’m sure that’s enough to convince congress Google is focused on empowering business rather than eating into their revenues. Right?