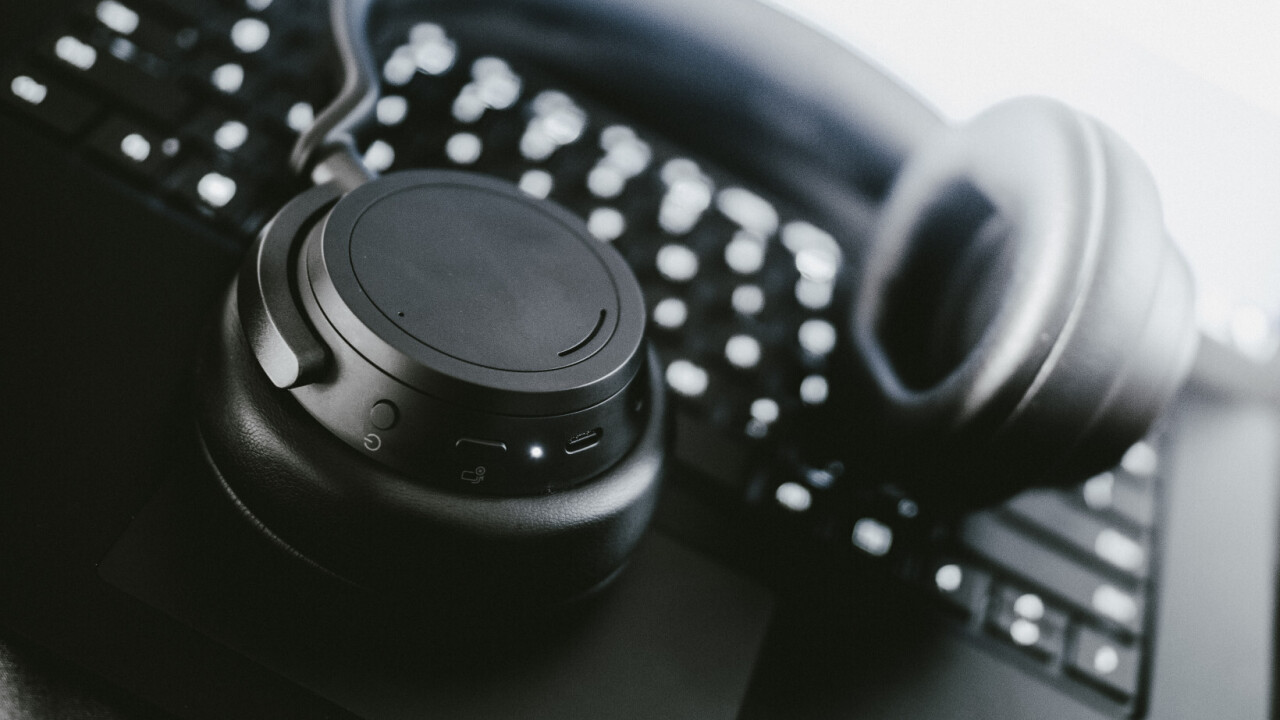 There are two kinds of people in the world: people who wear headphones while working, and people who don’t. If you’re in the former camp, I think you’d be hard-pressed to find a pair of cans more helpful for getting you through a workday than the $250 Surface Headphones 2.

You might be thinking: why do I need special headphones for work? Doesn’t any pair work, as long as it plays music decently? Being an audiophile who’s traditionally opted for sound quality over convenience, that’s what I thought too — until I actually started to use Microsoft’s latest headphones.

Though I had mixed impressions of the original model, with the latest iteration, Microsoft gets just about everything right. On paper, the headphones don’t seem any better than your typical set of noise-canceling headphones, but it’s the small touches and attention to detail that make me keep on choosing the Surface Headphones over the dozens of alternatives in this reviewer’s home — at least during my workday. These aren’t just quick impressions either – I’ve been using these headphones for several months now.

Here are some of the top reasons why you should consider the Surface Headphones before some of the more popular models on the market:

The noise control and volume dials

The Surface Headphones‘ noise-cancellation and volume control dials are my favorite design touch on a headphone – bar none. The noise-canceling dial is particularly clever; unlike most headphones with just one or two levels of noise-canceling, the Surface Headphones 2 allow you to adjust the amount gradually. Moreover, on the opposite end of the scale, you can actually enhance ambient sound, which could be handy if you have some difficulty hearing or want greater awareness of your environment (say, walking alone at night).

I thought I wouldn’t end up using the small gradations, but it turns out I ended up using it to ‘dial in’ my focus levels. When I have a project I need to finish right away, I’ll turn the noise cancellation to maximum, but on more casual workdays, I’ll use lower noise-canceling settings so my girlfriend needn’t shout when she wants to get my attention. And while the Surface Headphones 2 can’t quite match the auditory blackout of Sony’s WH-1000XM4, they still put in a strong performance that is more than enough for my needs.

I’ve got to commend Microsoft’s design chops: the dials are silky smooth, with just the right amount of resistance. They’re kind of fun to just twist around absentmindedly when not playing music. And though there are no hard stops, the headphones alert you when you’ve reached maximum noise cancelation, passthrough sound (no ANC), and ambient sound enhancement.

Okay, so this one doesn’t really matter as much when everyone is stuck at home, but the Surface headphones 2 look good. The original gray colorway looked classy in a minimalist type of way, but I think the new matte black model looks even better. They’re headphones that look good in both casual and professional contexts.

A more important aspect of their design is that the headphones are super comfortable. Granted, everyone’s ears are different, but I have no problem wearing the Surface Headphones 2 for a full workday. The plush leatherette earpads, large cups, and light weight make them comfortable for hours. They also do a pretty good job of not creating too much pressure when the noise canceling is maxed out.

There’s nothing worse than taking your headphones on a long excursion only to realize the battery wasn’t charged enough. While most headphones don’t even bother to alert you about battery life unless you check, the Surface Headphones give you a little reminder every time you turn them on.

Better yet, rather than giving you a percentage, as some headphones do, the Surface Headphones tell you how much time you have left. It’s much more useful than thinking than finding out the hard way a 10 percent charge won’t last through your workout.

You can also see Microsoft‘s attention to detail with the dials again. When you reach any of the three primary noise-canceling settings or the volume maximum and minimum — again, there are no hard stops — the headphones let you know through a spoken alert.

But Microsoft also knows when you’d rather the headphones stay quiet. Hearing “maximum noise cancelation” every time you turn up the ANC could quickly become annoying while listening to music or on a call, so Microsoft instead only plays the short beep when the headphones are playing sound. Each beep is a different pitch too, such that you still know what setting is activated.

Dials aside, Microsoft makes a lot of smart choices about the available controls and how they are implemented.

First: The Surface Headphones have a button to mute the microphone. Why don’t more headphones have this? It is the best thing, especially appreciated with the great number of virtual meetings in this age of coronavirus. It is the perfect solution for wanting to eat a burrito during an inordinately long meeting.

Second: Until I tried the Surface Headphones, it never occurred to me that the whole “press-and-hold the power button for three seconds” method of turning most headphones on and off is utterly unnecessary. On the SurfaceHeadphones you simply tap the button and the headphones turn on. Tap it again and then turn off. Who’da thunk it?

Third: This, in turn, makes connecting to new devices easier. Again, on most Bluetooth headphones, initiating pairing while using the headphones looks something like this:

On the Surface Headphones, pressing and holding will initiate pairing without having to go through a power cycle.

Fourth: The playback controls are based on simple taps, but they’re reliable – and they work on both earcups. The gesture controls on some other headphones are often finicky and only work on one side.

The Surface Headphones 2 do a better job of handling switching between multiple devices than any other headphone I’ve tried.

They can pair with up to eight devices at once, and be simultaneously connected to two devices. The Surface Headphones do a remarkable job of switching between these two, automatically switching to your phone when a call comes in, or back to your PC as soon as you play a YouTube video. You’d think this would be a simple thing to get right in 2020, but too many headphones I’ve tried either get confused switching between two simultaneously connected devices or aren’t able to do so at all.

The headphones also connect to new devices quickly — including support for Fast Pair on Windows 10 and the aforementioned easy pairing process — making switching between multiple devices less of a hassle than pretty much any other headphones I’ve used. As someone who is constantly testing new PCs and phones every week, that functionality is much appreciated.

They sound good — on both ends of the line

Moreover, the headphones support a 5-band equalizer with a few presets, allowing you to customize the sound to your liking. Notably, Microsoft has a Windows app for the Surface Headphones. While this isn’t terribly surprising given, you know, it’s a Microsoft product, it’s still pretty rare for headphones to have a desktop app, and means you can change the headphone’s EQ right from your PC. Of course, it has Android and iOS apps too.

While the Sony WH-1000XM4 still gets my nod for sound quality with their default tuning, throwing EQ into the mix essentially blurs that comparison (Sony’s LDAC is even better than AptX, but improvements on codec alone provide diminishing returns).

But perhaps more importantly for headphones with a productivity bent, the Surface Headphones sound good for people on the other end of the line too. Over months of testing, I can’t recall anyone saying they couldn’t hear me while using the headphones — even though I often take calls while outdoors. The microphone’s performance also means they work well for dictating documents in Office.

Considering that’s about half of my day, that’s no small feat. Microsoft may not be well-known as a headphone company, but at $250, the Surface Headphones are well worth your consideration before you turn to the Sonys and Boses of the world.