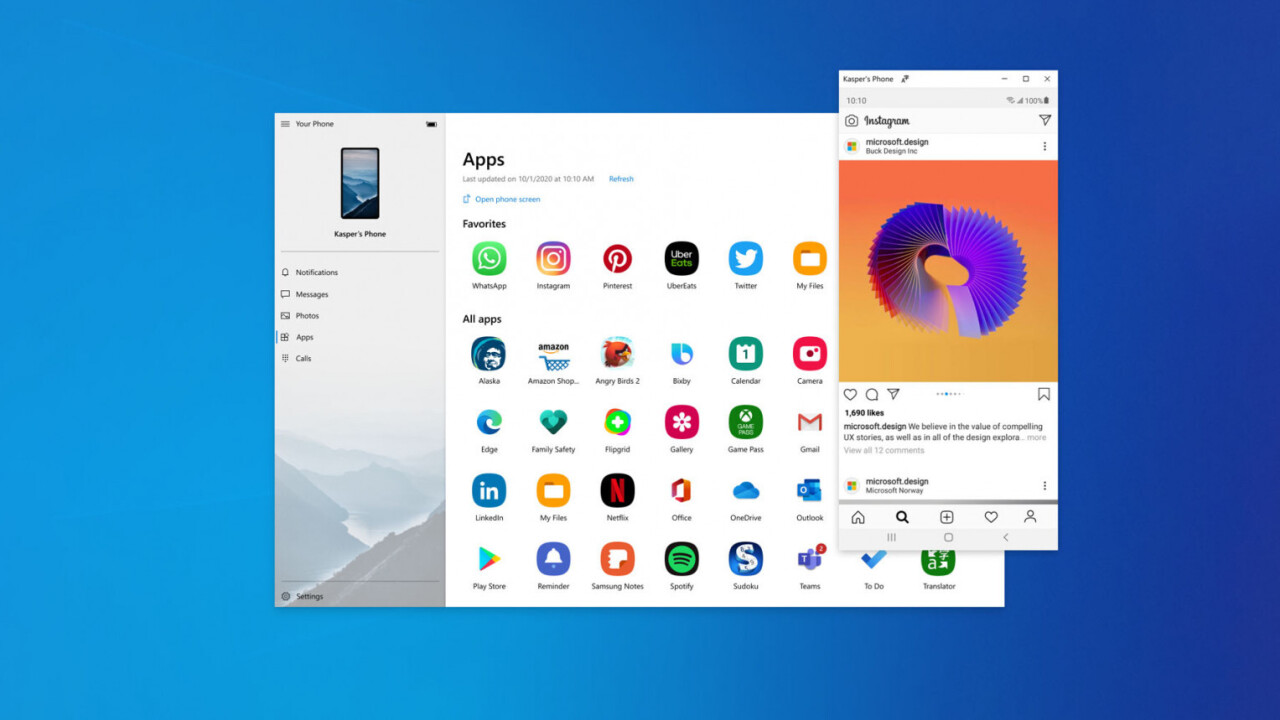 One of the most interesting announcements from Samsung’s Note 20 reveal was that you would be able to run the phone’s apps on your PC using Microsoft‘s Your Phone app. It turns out that functionality isn’t only coming to the Note 20, and some Windows Insiders are able to try it as soon as today.

Microsoft today revealed it’s bringing the ability to stream your phone’s screen on your desktop using the Your Phone app, essentially casting your phone’s display in a window. Microsoft isn’t the first to think this feature up –Dell’s Mobile Connect software has offered similar functionality for quite some time — but it’s nice to see a wider implementation.

You can see all your installed apps and even pin them to the task bar or Start menu, letting you quickly launch the software you need. For most devices, you can only use one device at a time — likely due to your own smartphone’s limited multi-tasking ability — but Microsoft says Note 20 users will be able to run multiple apps later this year.

For everyone else, being able to have full access to your phone on your desktop is still pretty sweet. There are 33 supported devices so far, not including the Note 20 family, but I sure hope you’re a Samsung fan because every single one of these is a Samsung device so far. Presumably, the feature will be available to other brands someday, but there’s no word on when quite yet.

Then again, the feature is technically still in development. You have to be a Windows Insider try it out, and Microsoft says the feature is rolling out gradually via a server-side switch, so you might not see it right away.