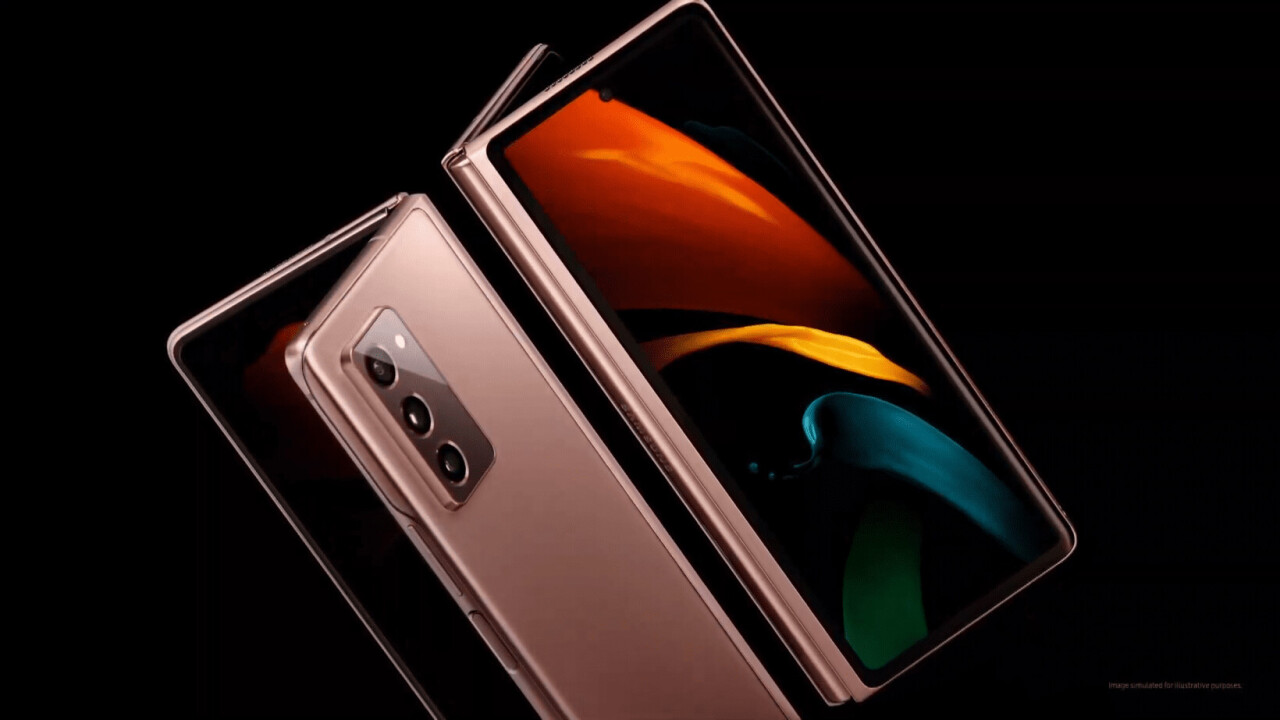 At its virtual Unpacked event today, Samsung officially announced the Galaxy Z Fold 2, the successor to its beleaguered first folding phone. Unfortunately, the company only revealed a few key details about the hardware and stated a more thorough reveal would arrive on September 1. Still, it’s enough to whet our appetites.

Samsung is clearly addressing some of the biggest complaints about the original. The device now includes a much larger exterior display, sized at 6.2-inches rather than the awkwardly small and skinny 4.6-inch display on the original; this means you can use it more like a normal flagship phone with one hand.

The actual folding screen has of course gotten some attention as well, now taking up a 7.6-inch diagonal (up from the 7.3-inches of the original). The large camera cutout on the corner has been removed in favor of a smaller hole-punch camera, making for a much more seamless design.

It also uses the ‘ultra-thin glass’ introduced with the Z Flip that provides a better viewing experience and feel than the simple plastic of the original fold, though keep in mind that on the Z-Flip this technology was still far from the durability of regular glass. Hopefully, the company has made further improvements since.

Samsung did improve the durability of the hinge with bristles that keep dust out and a smaller gap between the fold of the phone, minimizing the chances of debris damaging your screen. The phone can also now be used in a ‘Flex Mode’ that keeps the screen partially folded to sit on a desk, kind of like a mini laptop.

Samsung was light on internal spec upgrades, but the now supports 120Hz refresh rates, and the processor has been upgraded to a Snapdragon 865 Plus. The camera bump looks quite similar to the Note 20 Ultra‘s so we can likely expect similar performance there.

Unfortunately, Samsung did not announce a price or release date, keeping that information for its September 1 reveal. Considering the original Fold was $1,980, you can expect this iteration to feature a similarly massive price. That fancy screen technology ain’t cheap.

For more on the Z Fold 2, you can check out the replay of Samsung‘s Unpacked event. The relevant section begins at around 1:42:43.