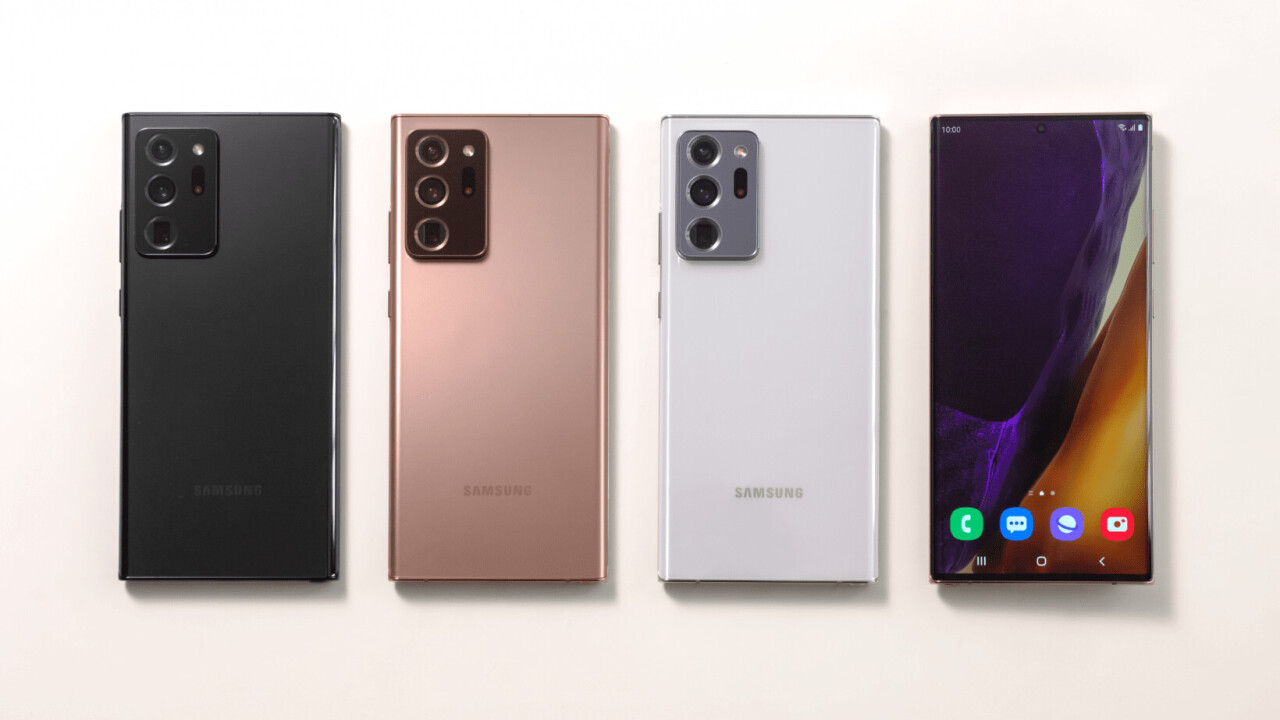 After months of rumors and leaks, Samsung’s Galaxy Note 20 and Note 20 Ultra are finally official. Samsung made the announcement at its first virtual Unpacked event, alongside a slew of other Galaxy devices. Pre-orders for the device begin tomorrow.

As usual, both Note devices come with massive screens and feature a sleek design, this time with a neat matte finish that’s a nice change of pace from the usual gloss. They also have massive camera bumps to show off their imaging prowess.

The standard Note 20 is largely an S20 with an S-Pen, albeit with a few notable omissions:

One important detail missing here is a high refresh rate display; the standard Note 20 is stuck to a plain old 60 Hz, which is disappointing for a $999 flagship phone in 2020 — even the base S20 had a 120Hz screen. The phone also doesn’t have expandable storage like the S20 either.

On the other hand, the Note 20 has a slightly faster processor, mmWave 5G, and, of course, an S-Pen, so maybe Samsung thought it was a fair trade-off.

The Note 20 Ultra is more along the lines of what we’ve come to expect from the Note family, with some market-leading specs to match its massive $1,299 price tag:

Basic specs aside, Samsung said it’s made some major improvements to the S-Pen, reducing percieved latency down to 9ms through a combination of the faster refresh rate(on the Ultra) and using AI to predict where your hand will move.

Samsung also says it can now automatically save your scribbles to Microsoft’s OneNote, allowing you to easily access your notes on your PC. Other updates included expanded S-Pen gestures, PDF annotation in the Samsung Notes app, and the ability to record audio while writing notes.

Samsung is leaning into its partnership with Microsoft by offering three-month access to Xbox Game Pass Ultimate, including upcoming support for the xCloud beta. You’ll also be able to run your phone apps and access certain functions right from your PC via Microsoft’s Your Phone app, with the ability to run multiple apps at once coming ‘later this year.’