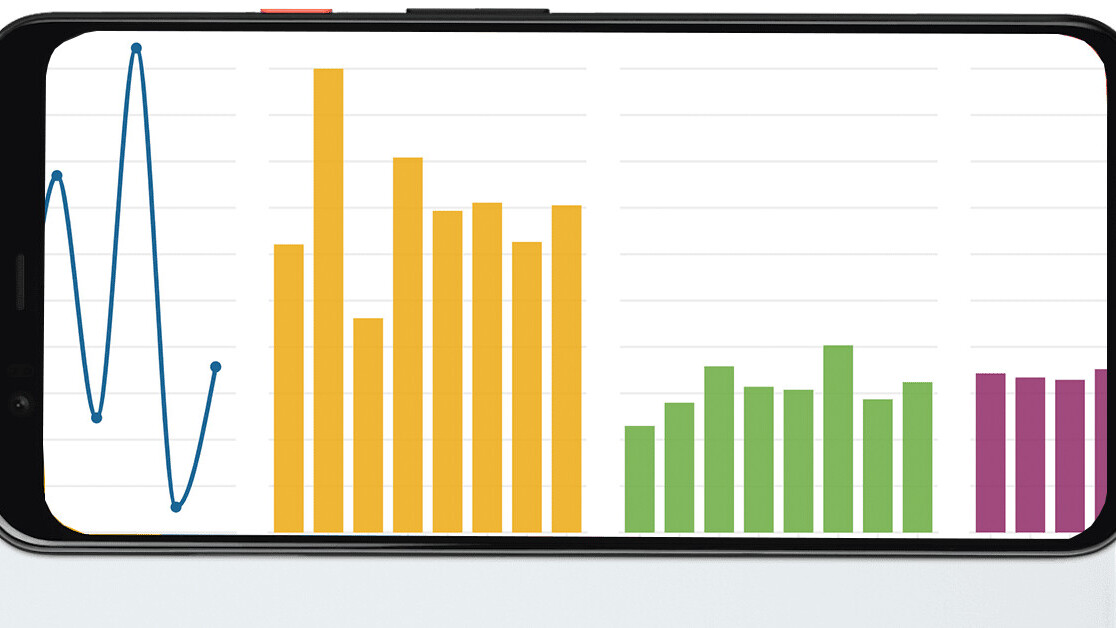 One of the biggest stories around the launch of the Pixel 4 was its reduced battery life in comparison to the previous model. Now, with the Pixel 4a still in purgatory — but supposedly coming out soon (??) — I had a thought: what would a comparison of the battery life of Google Pixel phones look like?

Did the Pixel 4 range have a battery that was that bad? How has this evolved across different devices?

Well, we made some graphs to find out. Because, well, yes, I’ve got little better to do. And what of it?

[Check this out: Most mobile apps suck — here’s how to fix them]

First though, the methodology.

How we compared the battery life of Google Pixel phones

Our data on battery life is from GSMArena, as it has the broadest information on this topic.

We have used four main data points on our graph. The Endurance Rating — which is the key figure — tells you how much time you’ll get from a phone before it runs out of battery after doing an hour of calls, an hour of video playback, and one hour of web browsing.

For example, the endurance rating of the Pixel 4 XL is 4,380 minutes. This means the device will last for that length of time after doing an hour of each of the activities outlined above.

The other three data points are worked out in a similar way — but we increased the time. So we have graphed how long the battery life of Google Pixel phones will last after four hours of calls, video playback, and web browsing. We achieved this with the rather helpful slider:

Unfortunately, the Google Pixel 3 XL and 3a weren’t actually included on the battery list, so we haven’t included those phones on our graph. Don’t get angry.

We’ve also included the capacity of the batteries in the main graph, you just need to hover over the bars and you’ll be able to see it. All these were pulled from Wikipedia.

The graph that, you know, actually compares the battery life of Google Pixel phones

As a note, if you’re viewing this on mobile, you’ll need to request the desktop version of the site to view the graph properly. That seem like too much work? Well, here’s the a regular picture of it too:

The only thing you need to take note of is the Y-axis on the right measures the overall Endurance Rating (in minutes), while the regular Y-axis (you know, on the left) covers the bars.

Because we’re so lovely, we also arranged this data in an array of different ways for you. Here are all the four measures of time ranked against each other in a line graph, which is useful for seeing the scale of all the different battery measures together.

We also created this graph which shows the respective capacity of all the batteries in Google Pixel phones, something that’s particularly useful for giving some context to the above — especially if you can’t access the interactive graph at the top.

And, finally, here’s arguably my favorite graph, which is similar to the OG one, but it has each data point split, helping you read it in a different way:

What can we learn about Google Pixel battery life from these graphs?

Firstly, it’s interesting how steady the actual battery life of the Google Pixel phones has been.

In terms of web browsing, there’s a slight upward trend in battery life, but this is echoed by a slight downturn in talk time — which is odd, as I’d expect a rise all round.

What about the Pixel 4 range? Well, it does appear that the battery on these phones didn’t really live up to expectations. If you ignore these two devices there is a slight upward trend from the Pixel to the Pixel 3a XL, while the two phones after this continue the status quo, rather than improving it.

But the real damning statistic for the Pixel 4 range is the Endurance Rating.

This, if you recall, is the amount of minutes your phone will stay on after doing an hour of calls, an hour of video playback, and one hour of web browsing. There’s quite drop-off between the Pixel 3 and 4 range here.

One potential explanation for this — rather than just the reduced battery capacity — was the inclusion of the rather fancy Soli radar chip and its connected Motion Sense technology. Rumored to be axed in the upcoming Pixel 5, one of the reasons behind this could be the increased battery drain the tech brings.

But who can really say? Power distribution in mobile devices is incredibly complex, and drawing it to a single component is far too simplistic, even if it is satisfying.

Anyway, we can sign off knowing at least one thing: the battery life of Google Pixel phones hasn’t shown the improvement you’d expect. And the Pixel 4 range was particularly bad.

Sort it out, Google.

Want to see some other graphs? Let me know on Twitter if there’s anything you’d desire to see converted into squiggles and blocks.