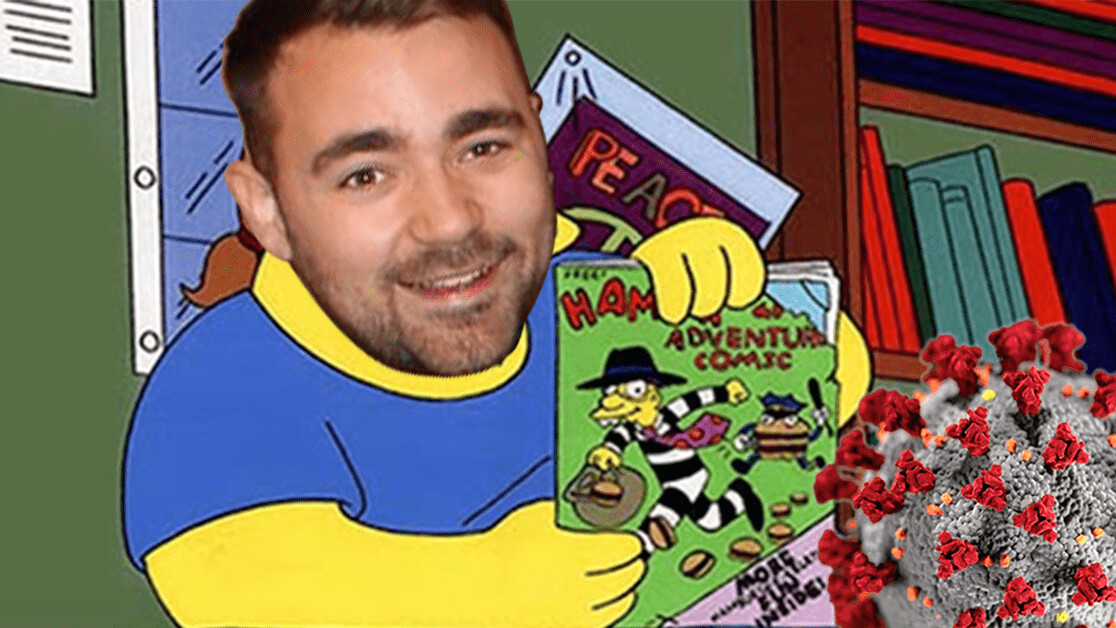 I’ve always found great respite in media, but the pandemic has impacted this in ways I didn’t expect.

For example, I thought this would be the ideal time to catch-up on TV, and binge some of those series that I’d missed — but… I really haven’t felt like watching much of anything to be honest.

But there has been one medium that’s grabbed my attention throughout COVID: graphic novels and comic books.

And you know what? This is the ideal time to either rediscover or explore them for the first time — and I’m here to help. And also wax lyrical about something I love.

Why graphic novels and comics?

It’s hard to put a finger on exactly why media like TV isn’t resonating with me much. Part of it might be me veering into things made by smaller teams of people — such as books or graphic novels — because there’s something cosy and contained about that. It’s the work of a few isolated people, rather than the result of these huge teams.

Another reason is because, at heart, I’m a hoarder. Collecting things gives me a warm glow. In a slightly different universe I’d be on one of those TV shows where they intrude on my privacy and mock my toenail clipping-filled house under the guise of “helping me out.”

Thankfully, this aspect of my personality is channelled into what I’d refer to as “socially acceptable hoarding.” Creating collections of stuff gives me a warm glow and throughout the pandemic, I’ve been indulging that urge and building out my graphic novel collection.

That’s the thing about comics — it’s not just the stories and entertainment, it’s the fact you’re holding art in your hands.

On top of this, the way you read a graphic novel is so different to other mediums. You can go slowly or quickly, spend time looking at a piece of art, backtracking quickly — you have a huge amount of control over how you engage with it.

But is it moral to get lots of delivered in this time?

A big question for sure. What I will say is that I’ve avoided using Amazon — because, you know, fuck Jeff Bezos — instead going to services like Book Depository for my graphic novels. But, I do understand the convenience of the service, so no hard feelings if you have to go that route.

(On the topic of Book Depository, they offer free worldwide shipping, which is damn useful).

But, the best thing you can do is support you local independent comic or independent book store. A quick Google search, or a website like this, will help you find your nearest retailer.

So what should graphic novels start with?

First things first, I’m a graphic novel fan, rather than obsessive, so this isn’t going to be an exhaustive list. It’s just stuff I’ve liked and think other people will too.

This means the list will veer into more “mature” titles that aren’t really traditional superhero yarns. I’d go on and say there are a lot of incredible people out there putting together great lists and run-downs, so always go and explore elsewhere. But, in no specific order, here are some titles you’d probably enjoy.

Neil Gaiman has become a household name these days (American Gods, Coraline, and Stardust are just a few of the TV shows and movies his books have been adapted to), but it was the Sandman series that really brought him proper acclaim.

It’s a story that takes place across different times and dimensions, dealing with gods and myths and legends — it’s like nothing I’ve ever read before. Genuinely, if you’ve ever wondered if graphic novels are for you, this is one of the best places to start.

You’ll either love Saga or hate it depending on this description: a sci-fi space opera that’s a cross between Romeo & Juliet, and Star Wars, with a sprinkle of twisted humor.

It’s one of the best things I’ve ever read. Even better, it’s still ongoing, so you can follow the story as it develops.

Maus is one of those graphic novels that regularly turns up on best of lists — and for good reason: it’s one of the most affecting pieces of art ever made.

If you aren’t aware, Maus is graphic novel about the Holocaust. It tells the story of Art Spiegelman — the author and artist — talking to his Father about the build-up to the Second World War and his experiences in Auschwitz.

Oh, and all the characters are animals.

Honestly, it’s a heartbreaking, humorous, and incredibly human read. You owe it to yourself to check it out.

The classic graphic novel. Alan Moore’s “realistic” superhero tale is the gold standard for mature comics. If you’re gonna start anywhere with graphic novels, this or Sandman are are the best choices.

I’ve been plowing through this recently and, goddamn, it’s a lot of fun.

Okay, yeah, it’s a comic set in a 1980s school for assassins, but it’s better than that sounds. The characters are engaging, but, most of all, it’s a wonderfully drawn, inventive bit of violent escapism.

Parts of Preacher have aged, but it still remains an intriguing, shocking (I can’t believe I just used that word), and funny story about a man tracking down God after they abandoned humanity.

Anyway, those are just a few recommendations — there’s a whole magnificent world of comics and graphic novels out there for you to explore. For me, the medium has been a rock through these turbulent times and, well, maybe they can do the same for you.