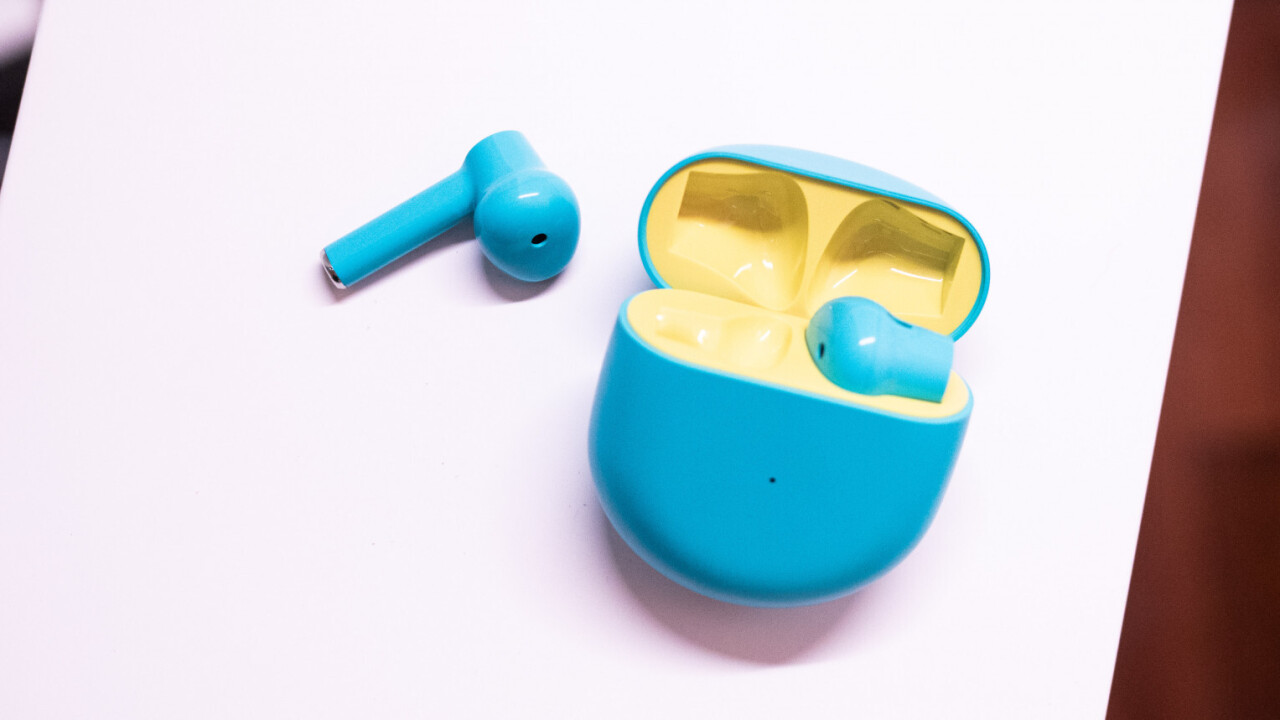 OnePlus may be best known for its affordable phones, but alongside those devices, it’s also released some pretty decent earbuds too. Today the company revealed its first go at the increasingly saturated ‘true wireless’ headphone market with the OnePlus Buds. The go on sale July 27 and majorly undercut competition like the AirPods and Pixel Buds with a price of just $79.

That’s why I wish I could say I like them. I’ve had a few days to play with the OnePlus Buds prior to launch and they feature an attractive design, good battery life, and surprisingly solid sound. I’m in love with the snazzy ‘Nord‘ blue color — although it’ll only be available in India and Europe — and the price alone almost makes them an easy recommendation.

But for the life of me, I just cannot get them to stay in my ears.

Granted, I’m just one person, and maybe I’m an outlier. It seems unfair to criticize the OnePlus Buds for a poor fit when I can’t go around and test their fit in strangers’ ears (that’s gross enough even before the coronavirus pandemic).

But I have very average ears. The stock medium tips that come pre-installed on earbuds pretty much always fit me. Most earbuds that don’t make a seal fit me fine too. I’ve listened to hundreds of headphones in six years as a reviewer and more as an audio enthusiast, and I don’t think I’ve ever had an earbud that I can barely get to stay in my ears even while just sitting at my desk, let while in motion moving. The only way I can get the OnePlus buds to fit is by jamming them into my ear canals, at which point they’re flat-out uncomfortable.

(For the record, they didn’t stay in my girlfriend’s ears either).

There’s a first time for everything, I guess?

If comfort were the only problem, I might be willing to give them a pass. But even while practically forcing myself to use them, there was another pain point: the controls, or lack thereof.

During my test period, the OnePlus Buds had access to precisely one control, activated via a double-tap: skip.

No volume controls, no ability to go back to the previous track, and not even the ability to play and pause. You can’t even access the Google Assistant, forcing you to fetch your phone from your pocket to do anything other than play the next track.

Then OnePlus revealed an OTA is going out to the OnePlus 6, 7, and 8 next week that will let you customize double-tap functions, allowing you to access most of the above. But you still won’t be able to access them all at the same time, and anyone who doesn’t own a OnePlus phone is left out of luck.

This is all very frustrating to write, because I like almost everything else about the Buds.

They sound great considering they don’t form a seal with your ear canal, with a good amount of bass and balanced tonality. The open design even gives them a larger soundstage than most earbuds with a sealed design. They sound far better than any sub-$100 true wireless earbuds I’ve heard, and are, to my ear, better than the AirPods and comparable to the Surface Earbuds as well. Plus, the update to controls will add Dolby Atmos Support too.

Wireless connectivity was very solid throughout my testing, and OnePlus has emphasized a latency of just 103ms, which is on the low end for wireless headphones. They feature Android’s Fast Pair technology for easy setup and battery life information. And battery life is great, with 7 hours of music playback and 30 hours total with the case.

But I can’t ignore details as basic as comfort and controls. Until OnePlus revealed the Buds’ price, I was ready to write them off as a dud on those aspects alone. But because they’re so cheap and OnePlus gets the rest right, they get a very hesitant ‘maybe.’ There’s nothing a little duct tape can’t fix, right?