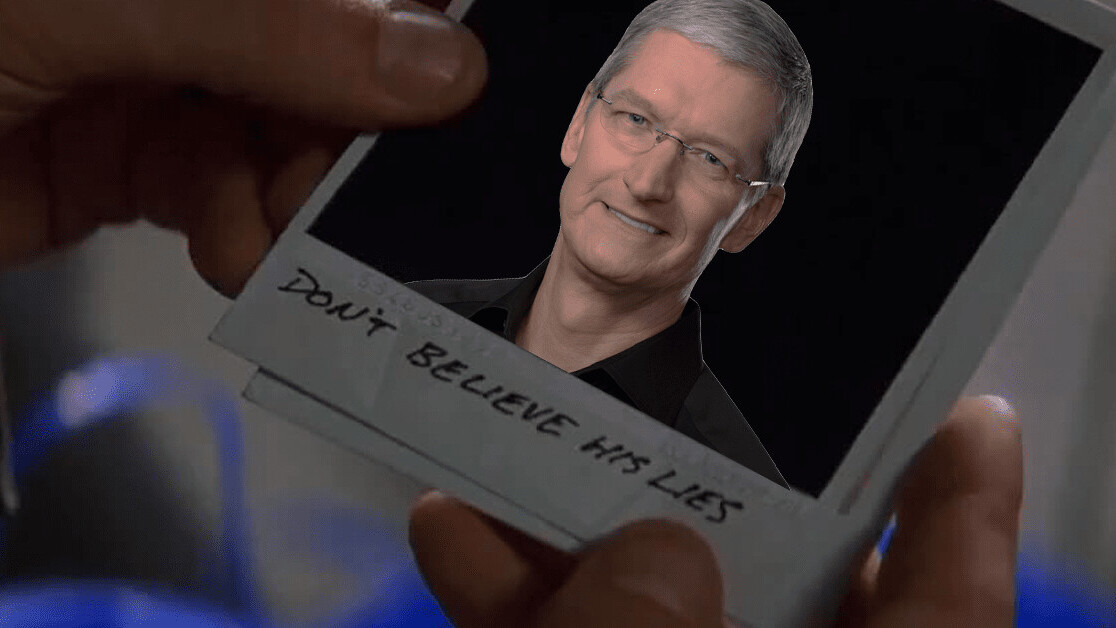 Recently, a rumor made the rounds that Apple is planning to remove the charger and earbuds from the iPhone 12 box. This was heightened — more fuel poured onto the fire if you will — by leaked package designs that show no space for the peripherals.

Even better, it appears that Samsung is gearing up to get rid of the charger in its phone boxes too.

Because other companies like to human centipede themselves onto Apple’s beefy rectum and just eat shit, rather than take it — remember the headphone jack? Organizations waited for Apple to do it and then simply followed suit, without getting the same flack — you can expect a procession of other businesses queuing up to do the same thing.

It seems like the days of phones coming with chargers are numbered.

At first, I was gently amused by this. Hell, I had a great time speculating about other things the company could remove to make money. How about the inserts? The SIM ejector tool? Or, actually, on reflection, why don’t we just scrap the box altogether? Simply protect our valuable phones with our disposable flesh?

Since then though, I’ve got more pissed off — specially because of the bootlicking response from much of the media.

Take this piece from The Verge piece as an example. The author’s argument revolves around a very valid point: many of the chargers included with phones are either left to rot in drawers, or thrown away. Therefore, Apple getting rid of included chargers is a positive step for the environment.

He’s not wrong. E-waste — which runs to hundreds of thousand of tons for chargers alone — is a well-known issue, and something the EU is trying to combat with an initiative to introduce a common charger. Something, of course, Apple is fighting tooth-and-nail against.

Now, on the surface, it’s hard to disagree with this, right? What’s bad about all of us, companies and people, banding together as one and trying to save the planet? Oh, what’s that? Who’s paying for it?

We are. As per fucking usual.

I’m a firm believer that one of the greatest bits of PR ever conceived is how companies have managed to pin climate change on individuals. You see it everywhere: Requests for donations at check-outs. Reports saying people are flying too much. Personal carbon offsetting schemes.

Sure, people can make a difference, especially en masse, but it’s businesses and governments that are responsible for the real pollution. In no sane world would it be cheaper to fly from London to Edinburgh, or from Amsterdam to Paris, than get the train. I mean, what sort of planet is absolutely fine with a third of all emissions being produced by only 20 companies?

Now, what’s happening with the e-waste argument over chargers is the same sort of mental gymnastics.

Media sycophants are on their knees, lapping at the PR machine’s milk bowl, blindly accepting the idea that not including something you need to make the fucking device work is an act of altruistic environmentalism — not a shameless cash grab. Some even presented this as Apple’s way of prepping us for the future.

Let me put it like this: Apple, Samsung, and other manufacturers don’t give a single shit about the environment. If they did, even just a tiny bit, their devices would be easily repairable and upgradeable.

No, getting rid of chargers coming with phones is about profit. Nothing more, nothing less.

I could partially excuse this if I could opt-out of the charger when buying a phone. For example, I go on Apple’s website and, rather than the iPhone 12 selling for $800, I can select “No Charger” and it’ll drop to $750.

In fact, the current rumor is that the charger-less iPhone 12 will be more expensive than previous models.

Once again, it’s the consumer getting fucked. And what’s the tech media doing? Well, it’s on all fours in front of its corporate overlords, barking in agreement.

Do you agree? Do you care about an included charger? Whatever your thoughts, let me know by tweeting @CallumBooth.