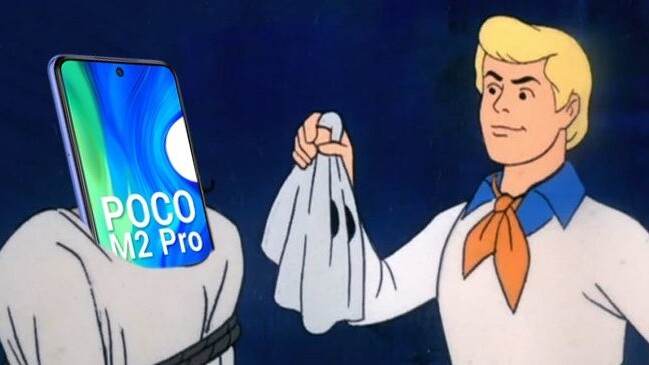 At the turn of this year, Xiaomi announced that it’s spinning of Poco as a separate brand. Since that day, the company has launched the Poco X2 in India, and the Poco F2 Globally.

While Poco shares a ton of resources with Xiaomi including software and manufacturing, it has tried hard to push a narrative that it’s an independent brand. But with its new phone, the Poco M2 pro, the firm is making that hard to believe.

The $175 Poco M2 Pro is a new offering from the company, but it’s a love child of the Xiaomi Redmi Note 9 Pro and the Note 9 Pro Max, I’ll tell you why, but let’s look at the specifications of the new device first.

All these phones have similar designs with a fingerprint sensor mounted on the power button on the side. Sure, the Poco M2 offers a slightly different gradient on the back as compared to its Xiaomi cousins. But the similarity is unmissable.

My first ever story for TNW was about Xiaomi’s confusing series of phones, and while the company had managed to streamline and untangle its portfolio in the last two years, here we are again.