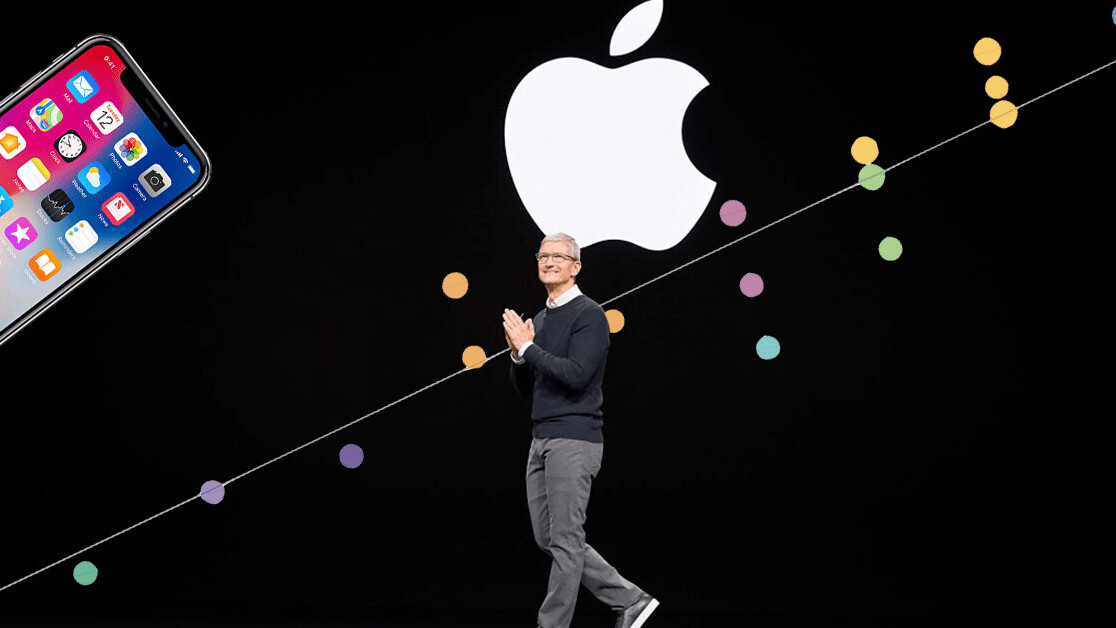 Have you ever looked at the screen on your new iPhone and thought “wow, is this bigger than the old iPhones?” You and me both, pal.

But we’re all busy people, right? To prove such a hypothesis you’d need to look at figures and facts and — sickeningly — plot that into some sort of scatter graph like a fucking nerd. Who in their right mind has time for something like that? Well, today, me.

Anyway, without further ado, here’s a graph plotting iPhone screen sizes against the year the model was released:

If you’re reading that on your phone, switch to “Desktop Mode” in order to get the fully interactive one with more detail. If that really sounds like too much effort, here’s the static version:

First off, a little bit of methodology.

I’ve simply plotted the year the phone was released against the screen size in inches (measured diagonally from one corner of the phone to the other). If you hover over a point, you can see all the requisite information — not only including what’s graphed, but also pixel density for a little more juice.

I’ve also grouped the phones together by range, some of which spread over several years. It didn’t make sense to separate, say, the iPhone 6 and the iPhone 6s into two different categories. You can filter by these on the interactive graph higher up.

What can this tell us about iPhone screen sizes?

One thing’s for sure: they’ve definitely gotten bigger.

In fact, in the ten years since the launch of the iPhone 3GS, the screen size has almost doubled (3.5 inches to 6.5).

Seeing it visualized, I was also surprised at the slow evolution of the screen size from 2009 to 2013. Across this period, only half-an-inch was added and the pixel density between the iPhone 4 and 5 only changed minimally, meaning there wasn’t even much of a detail bump.

Something else we can take away from this plotting of the iPhone screen sizes is how Apple appears to keep the same size for a few years before changing anything. This suggests that the upcoming iPhone 12 will have screen sizes in line with the 11 range.

But… we could expect a change when the iPhone 13 comes along.

Anyway, there you have it: total proof that, yes, iPhone screen sizes are bigger now than they used to be. You are very welcome.