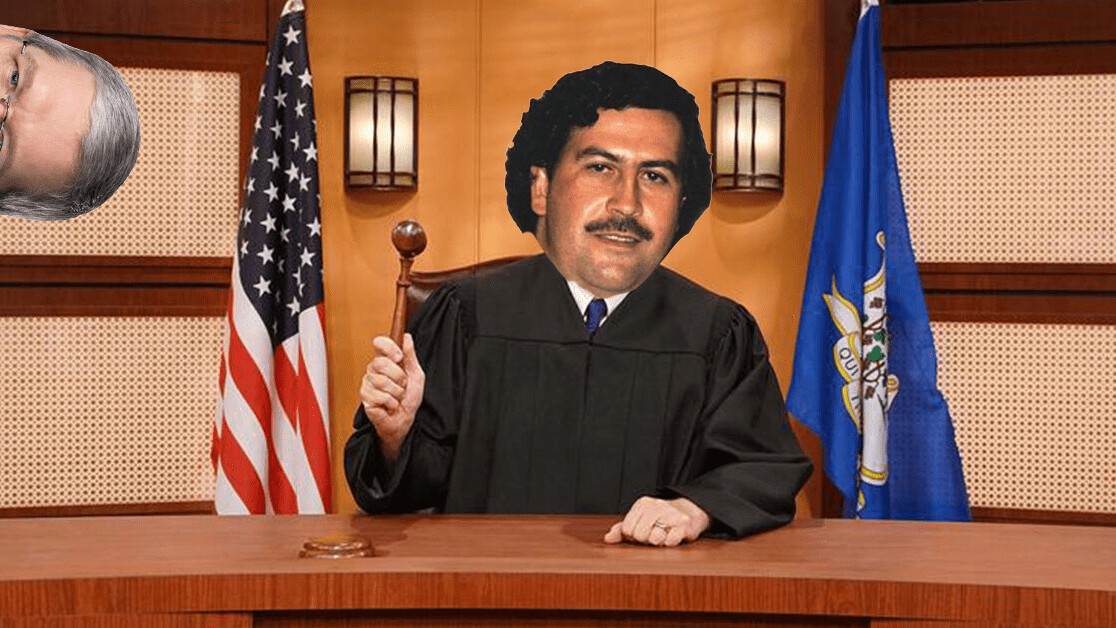 In a year of ridiculous stories, Roberto Escobar (brother of the somewhat infamous Pablo) suing Apple for $2.6 billion is one of the best.

Thing is, while we have the strong suspicion this is a nothing but a publicity stunt for Escobar Inc., we don’t know this for certain. Especially now it looks like Apple will actually have to deal with this lawsuit head on.

There was only one course of action: talk to a range of law professionals and work out if the case is just a big steaming turd. So that’s what we did.

Escobar vs. Apple: what the experts think

To summarize, the Escobar vs. Apple case revolves around a FaceTime security issue in Roberto’s iPhone X. He alleges this eventually led to his life being endangered, as the breach allowed hackers to get his home address and send him a threatening letter, causing him mental anguish.

The above is split up into three causes of action: “Breach of Contract,” “Negligence/Negligence Misrepresentation,” and “Negligent Infliction of Emotional Distress.”

The first part of the lawsuit — the Breach of Contract section — covers Escobar being sold a device that an Apple reseller assured him couldn’t “be exploited” and wouldn’t be “vulnerable to future exploits,” something that eventually happened.

On this, Attila Tomaschek — a digital privacy expert at ProPrivacy — told me that although manufacturers can guarantee they’re doing all they can to secure devices, suggesting something is “fully protected against unknown future threats is a bit absurd.”

Justin Sterling — the founder and Principal Attorney of The Sterling Firm — came in from a different angle.

He said that this complaint is based on an oral agreement between Escobar and the Apple reseller. If it’s going to progress, Roberto will need to provide “sufficient evidence,” something that’s difficult to do when there’s no documentation.

Essentially, Sterling said this part of the case is a “he-said-she-said” situation, and that’ll make it a tough sell to the court.

Now, onto the second part of Escobar vs. Apple case: his complaint of “Negligence/Negligent Misrepresentation.” In summary, this section claims that Apple should’ve notified Escobar about the aforementioned FaceTime security issue.

Tomaschek states that although it took Apple nine days after the discovery of the bug to patch it, the company did “take action and [publicly acknowledge] and [resolve] the issue.”

He also pointed out the coincidence of receiving a threatening letter on January 19, 2019, the same day the FaceTime bug was discovered. Something that’s “a bit convenient” and “suspect.”

Finally, the third cause of action in the Escobar vs. Apple lawsuit is Negligent Infliction of Emotional Distress, something Tomaschek calls “particularly rich.”

The core element is that Roberto Escobar believes the iPhone security breach put him through mental anguish, meaning he had to spend more money on private security. Tomaschek believes this has more to do with “his involvement in … the Medellín drug cartel” than “Apple selling him an iPhone.”

Now we come to crux of the matter: does Roberto Escobar have any chance of winning this case against Apple?

Braden Perry — a litigation, regulatory, and government investigations attorney with Kennyhertz Perry, LLC — doesn’t think so. He believes this is “a difficult case to prove for Escobar,” mainly down to the lack of written evidence around the claim he was guaranteed a totally secure iPhone X.

Sterling doesn’t think Escobar has a chance either.

He does believe Roberto should’ve “also asserted a cause of action for invasion of privacy” to help his case, but said that it’ll be tricky to “provide enough evidence to support his causes of actions for Breach of Contract and Negligence.”

This doesn’t mean everything will be rosy for Apple though.

We’ve already covered Escobar denying Apple’s request for a 30 day extension of this case, and Perry told me that the company is in a “tricky spot.”

He said that if it dismisses the case too early, the judge will take Escobar’s allegations as true and “determine if there are colorable claims.” This means the Escobar vs. Apple case will have to be “either resolved between the parties or decided on its merits.”

And what does Perry thing will eventually happen? Well, he thinks it’ll “garner publicity and legal costs for Apple,” and the parties will likely “settle before trial.” Which could mean some cash for Escobar.

Other experts were less positive about his chances.

David Reischer— Attorney & CEO of LegalAdvice.com — didn’t mince his words, saying “this is a frivolous lawsuit … based on weak contract and tort causes of action that have no actual merit.”

He finalizes this statement by saying it’s highly unlikely “any court of competent jurisdiction would ever find that Apple breached a duty of care to Escobar.”

Tomaschek also had some choice words regarding the case. He told me the entire episode is “a piece of showmanship designed to drum up a bit of publicity.” Which is pretty close to what we said when we first covered this case.

Maybe we do know law after all.