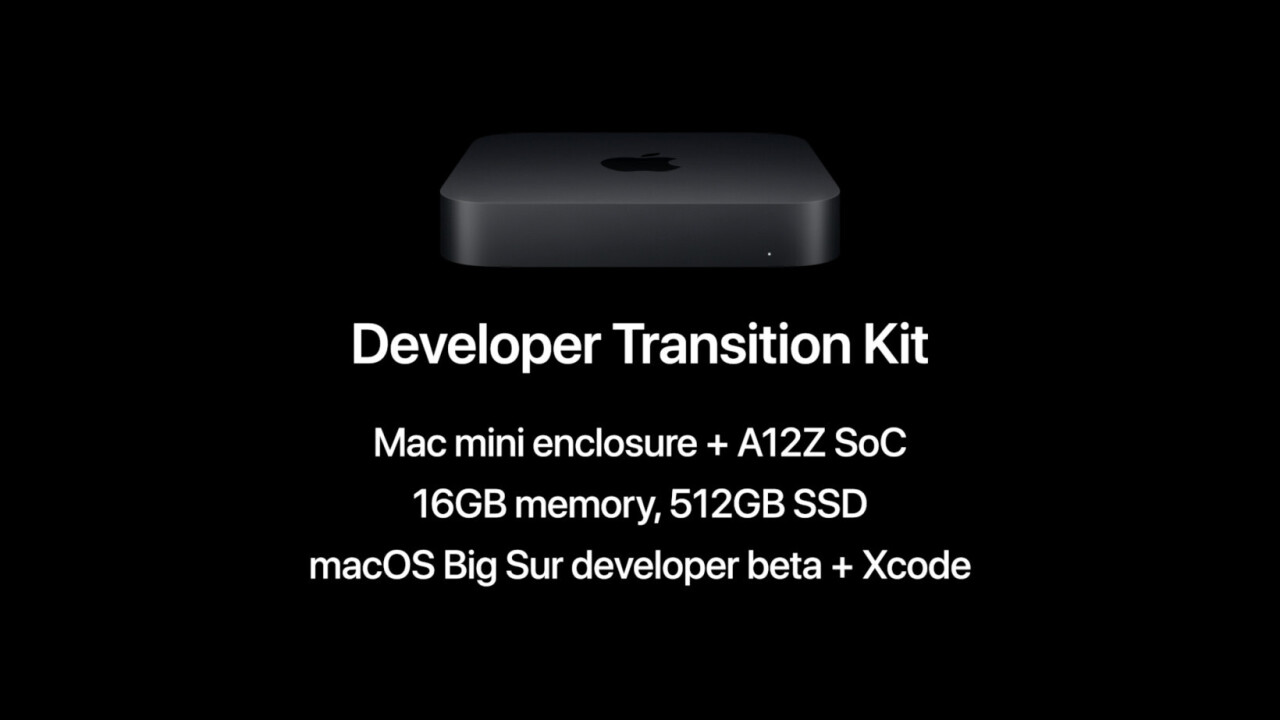 Apple today announced a big and important transition from Intel to its own ARM-based Apple Silicon chips for Macs. Now, the company plans to release its first ARM-based Mac by the end of the year, and the complete transition will take a few years.

However, it wants developers to get started on the platform, so they can port their apps quickly. So, the company is relating a developer transition kit (DTK) in the form of a refurbished Mac Mini.

This Mac Mini will run a special A12Z bionic chip with desktop level architecture, 16GB of RAM, a 512GB SSD, and a variety of Mac I/O ports.

Developers will have to sign up for a Universal App Quick Start Program to start working on the ARM version of their apps. As a part of this program, they will get this refurbished Mac Mini, access to the beta version of macOS Big Sur 11.0, Xcode 12, documentation, and forums support.

This access to the program will cost them $500 with “the limited use of a DTK.” Which means developers might have to return the kit. However, last time when Apple transition from PowerPC to Intel, they gave out the first Intel-based Mac to developers when they returned the kit. We can expect something similar from the company this time around.