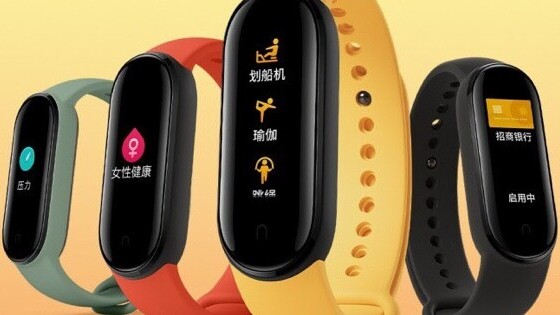 Xiaomi’s Mi Band has been one of those impulse purchases for a lot of people: it’s cheap and does the job for the price. The company has launched the new Mi Band 5 today with a slightly bigger screen, new magnetic charging port, and remote camera control function. And the fitness tracker is priced at just $27.

The company has increased the size of the OLED display from 0.95-inch to 1.2-inch. While that’s useful to cram loads of animated watch faces or stats on your wrist, I think the change of charging method is the biggest draw. Earlier, Xiaomi supplied a proprietary charger with the band, and you had to yank out the central module and attach it to the cradle to charge it. Now, you don’t need that.

I lost my Mi Band 4 to charging troubles, so I’m relieved that there’s a more secure and convenient method of charging.

What’s more, the Mi Band 5 now has a faster processor and the ability to track sleeping including REM sleep.

In terms of fitness features, there are now 11 additional sports modes including yoga. Plus, it includes a female health mode to track menstrual cycles. With the Mi Band 5, Xiaomi has introduced PAI (Personal Activity Intelligence) to help you get to your fitness goals.