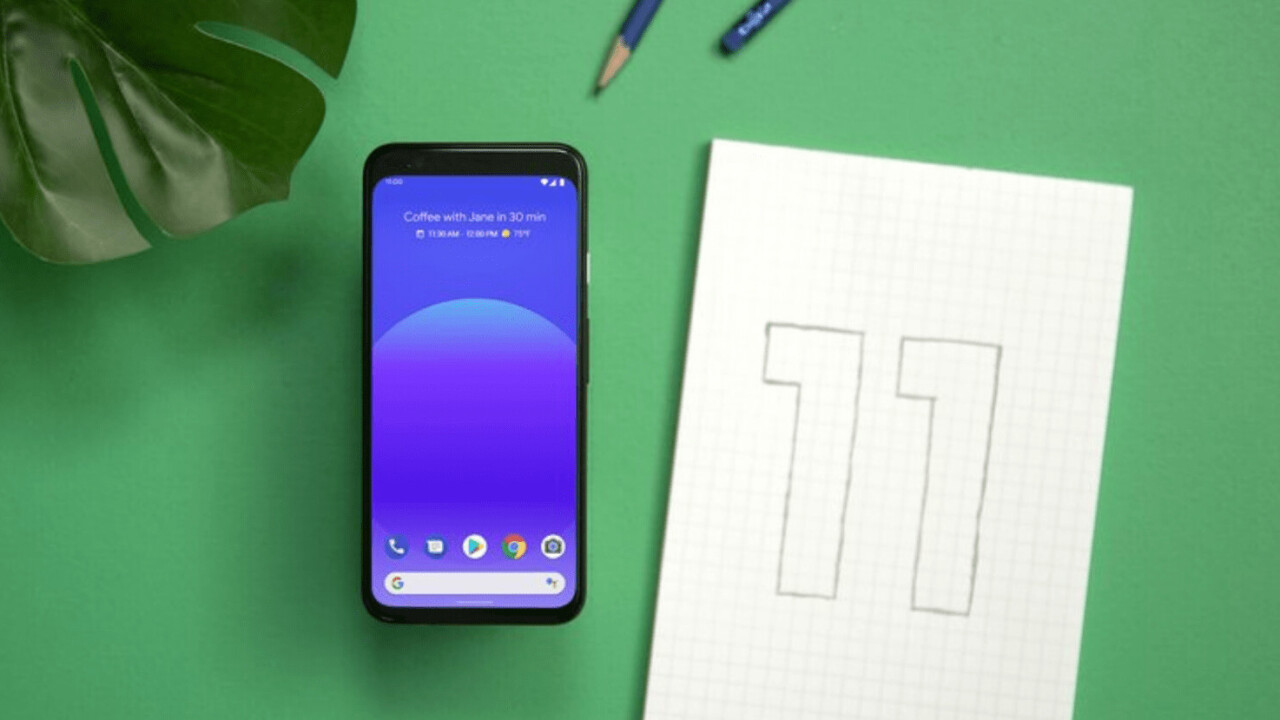 Google today released the first public Android 11 Beta. Normally the company would leave its biggest announcements for Google I/O, but with coronavirus canceling that event, the update was released today without much fanfare. That’s not to say the update isn’t a big one though – there are several useful new features, including changes to notifications, bubble conversations, security improvements, and more. Here are some of the best ones.

The most notable update is a change in the way Android handles notifications. Android has always been the better of the two big mobile operating systems at handling notifications, and with Android 11, Google is making a big jump over Apple by allowing you to keep your conversations separate from your other notifications.

It’s an inconvenience I hadn’t really thought about until now; with the barrage of notifications I get each day, sometimes important conversations can get buried. Instead, conversations will now live in their own section at the top of the notifications shade, taking precedence over your other random pings. You can even set certain conversations as having priority, allowing notifications from your crush to come through even if you’ve muted notifications.

Moreover, you can now pop these conversations into a floating ‘bubble’ that you can access at any time while using other apps. Users of Facebook Messenger on Android are likely familiar with the feature (Facebook calls them Chat Heads), but now bubbles should work with any chat app — assuming they update their code.

One of the most annoying things about listening to music on Android is switching between devices. Sometimes I listen on my phone’s speakers, sometimes I use headphones, others my fancy speakers or TV. Android 11 lets you quickly select your audio output from the notifications shade.

Android11  also provides more extensive media controls for interacting with your music in the notifications shade. For example, you can now resume a music session right from said menu – no need to open Spotify again after you’ve closed it. Google says you’ll be able to switch between apps in the order they were last played, which is handy for someone like me who constantly switches between music and audiobooks.

A smarter way to control your smart home

As more of our devices become ‘smart’ it can be a pain to control all of them in separate apps or navigate to the Google Home app when you’re busy doing something else. Google now provides much easier access to your devices; a long press on the power button will bring up controls for the various devices in your home. It’ll also show your credit cards and other payment methods added to Google Pay, a feature that was added to Pixel devices a few months back.

With Android 10, Google started to take privacy a little more seriously, allowing users to limit things like location access to only operate when you’re actually using an app (as opposed to the background). Now the company lets you provide apps one-time access to certain features like your camera or microphone — something that should’ve been done a long time ago, if you ask me.

Better yet, Google says: if you haven’t used an app in a long time, it will “auto-reset” all of the permissions associated with that app, and send you a notification too.

All this means if you have to download a random videoconferencing app you’ll never use again but will obviously be too lazy to uninstall, you don’t have to worry about it recording you while you’re picking your nose one day.

How to get it

As usual, Google is rolling out the beta to Pixel devices first; it’s compatible with the Pixel 2 and later. Trying it out is as simple as heading over to the Android Beta Program page and opting-in your device. Google will then release it to devices from a few other manufacturers in the coming weeks.

As always, install pre-release software at your risk. If you’re not ready to cope with bugs here and there, maybe it’s best you wait until the software is finished; if you decide to exit the Beta program, you will have to wipe your device.