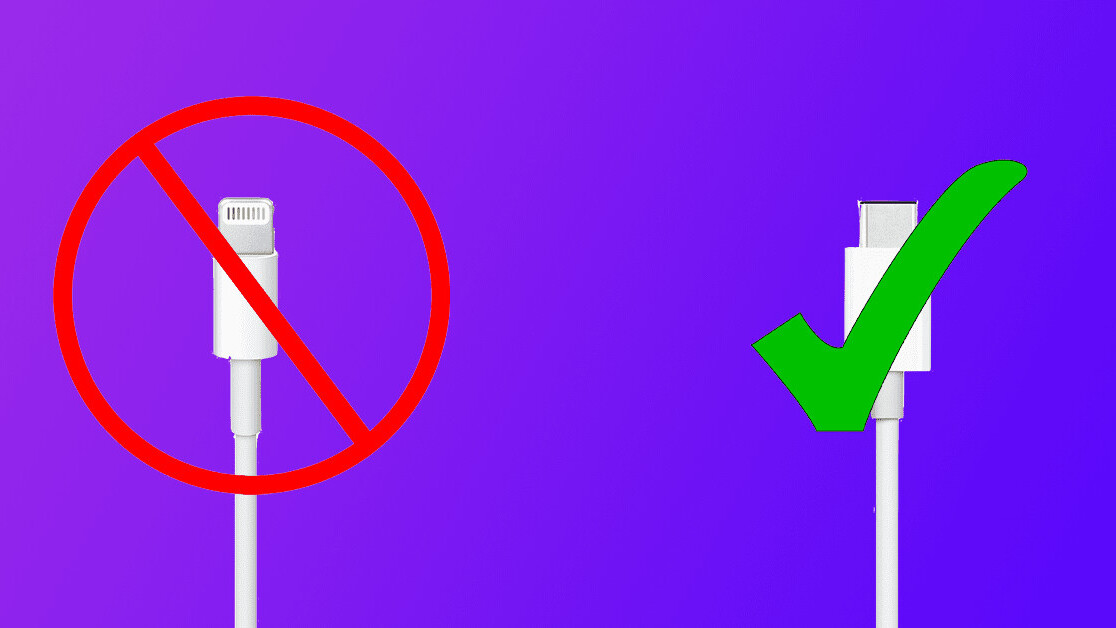 That’s right, the new iPad Air might well drop the Lightning port and come with a USB-C connection instead. And one thing’s for certain: there’s gonna be a whole lot more of this sorta news over the next year or two.

Anyway, back to the new iPad Air.

A report from Japanese tech site Mac Otakara states that the 4th generation of Apple‘s tablet will discard the Lightning connector, instead coming with a USB-C connector. The outlet has stated this information comes from a Chinese supplier.

The rumor also claims the new iPad Air will take a lot of design influence from the iPad Pro — a device that was the first iPad to come with USB-C. What this actually means is unclear, but we can speculate.

In terms of actual design, the iPad Pro has smaller bezels and a bigger screen-to-body ratio than other models. Oh, it also doesn’t have a home button.

So, judging by this information, one would assume the new iPad Air will basically just look like an iPad Pro. But probably smaller. And with a worse camera.

Another bit of interesting information — leaked at the same time — is about the upcoming iPad Mini. The word is that the company’s teensy-tiny tablet will keep the Lightning connector for another generation. In other words, USB-C isn’t gonna be all over Apple‘s hardware… yet.

In regards to when we’ll actually see these devices, Ming-Chi Kuo — arguably the most respected Apple analyst — predicted that we’ll see a new 10.8-inch iPad in the latter half of 2020. This, most likely, will be the new iPad Air.

Kuo went onto say that the new iPad Mini will be launched in the first half of 2021.

Of course, with the supply chain in a pandemic-driven disarray, it’d be no surprise if these dates change.

So will the new iPad Air and the USB-C connection be the shape of things to come?

Yes. Despite the fact that the iPad Mini appears to be sticking with the Lightning connector, it’s only a matter of time until Apple phases it out and whole-heartedly embraces USB-C.

The EU is putting pressure on Apple to get rid of its proprietary connection tech and, of course, the company is fighting it. Still, it’ll only be a matter of time before the EU pushes something like this through. Because it’s better optics for Apple if it appears to have made this decision itself, I’d expect to see the company move away from Lighting connectors completely in the next few years.

The MacBook range has already moved to USB-C, iPads are currently in transition (as we can see with the new iPad Air), and it wouldn’t surprise me if Apple does something big with the iPhone 13.

It appears that the next phone from the company (the iPhone 12) will keep the Lightning connector, but it’d be very Apple if the company removed charging ports from its successor entirely. This would mean relying on wireless chargers and would be reminiscent of the company abandoning the headphone jack.

Effectively, what I’m saying is that the new iPad Air adopting USB-C and ditching the Lightning connector is just the shape of things to come.