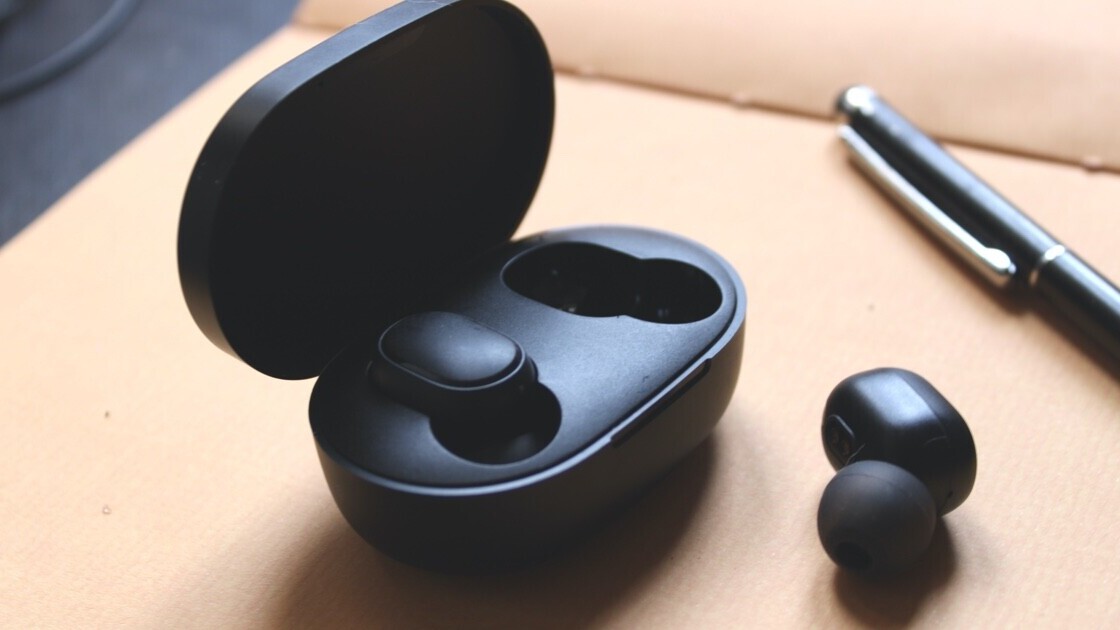 While these truly wireless buds aren’t a carbon copy of the Airpods,they do have a few drawbacks (which should be expected at this price point). I’ve been using the Earbuds S buds for a few days, and if you aren’t hell-bent on saving a few bucks on truly wireless buds, you should look for alternatives. Let me tell you why.

The Redmi Earbuds S ships with a compact plastic case with a matte finish. Unlike some other wireless bud cases, it’s hard to snap this one open with one hand. The lid feels flimsy and it might break if you don’t handle it well.

The product team has made an effort to pack a ton of features in these budget buds. First off, you don’t need to long-press buttons on the back of earbuds to pair it with your phone the first time. Just get them out of the case, and pair them up through the Bluetooth pairing menu on your phone. You can also use one bud instead of two while the other one is charging.

The Earbuds S also have built-in gestures for ease of use. For instance, you can tap once to play/pause music or take a call, twice to mute/unmute during a call or to activate the voice assistant, and so on.

These buds also boasts a low-latency gaming mode that reduces latency to 122ms. This can potentially help you in battle royale games where closely paying attention to your surroundings is of the essence.

Xiaomi says that you can get 12 hours of playback time with a single full charge of the case–  including charging buds through the case. Because of the lockdown in India, I haven’t really gotten a chance to put that to test.

If you buy Redmi’s new earbuds, don’t pair it with your laptop ever. I paired them with my MacBook Air for a Zoom call and for casual music listening, but they sound worse than MacBook’s speaker. Voices of people on the call had a lot of echo, and it was hard to listen to them for more than a few minutes. While listening to music, it was hard to tell one instrument from another; vocals and treble were unbearably muddy.

When I paired them with my iPhone 11, the sound improved a tiny bit (but not enough to make me go “Woah”). The Redmi Earbuds S depend on a single driver to generate sound, which is tuned for bass and nothing else.

These buds are targeted for people in India, who might use these buds to consume bass-driven popular songs from Bollywood or regional cinema. Even when I limited my listening to these songs, I noticed that sub-bass is muddy, any sound generated from tabla or snare drum is flat, and the buds can’t handle treble well. At louder volumes, everything sounds jumbled up and instrument separation is almost non-existent.

While sound reproduction for music is not its strength, the Redmi buds are good for calls — noise cancellation is satisfactory and you can hear the other person on the call well.

Xiaomi says these buds are IPX4 rated, so they’re splash and sweatproof. There’s no way I can test its “splashproof-ness” in weather with 45-degree celsius highest temperature, but I used them while working out and they’re fine.

If you’re someone who’s doing yoga, light mobility exercises, or working out in a gym, Redmi buds will serve you well as they’re super light — each bud weighs less than 5 grams. However, while I was doing HIIT (High Interval Intensity Training), the buds kept falling out of my ears, even after I switched its tips.

The Redmi Earbuds S is the sub-brand’s first product in the audio category, and its aim was to keep the price lower than its competitors. But while doing that, it made a ton of compromises in build and audio quality.

If you’re adamant about getting truly wireless buds, the new Redmi buds are one of the cheapest options out there. However, if you want better sound, and don’t mind spending more, you can opt for the Realme Buds Air for ₹3,999 ($52) or 1More truly wireless earbuds ₹5,499 ($72).