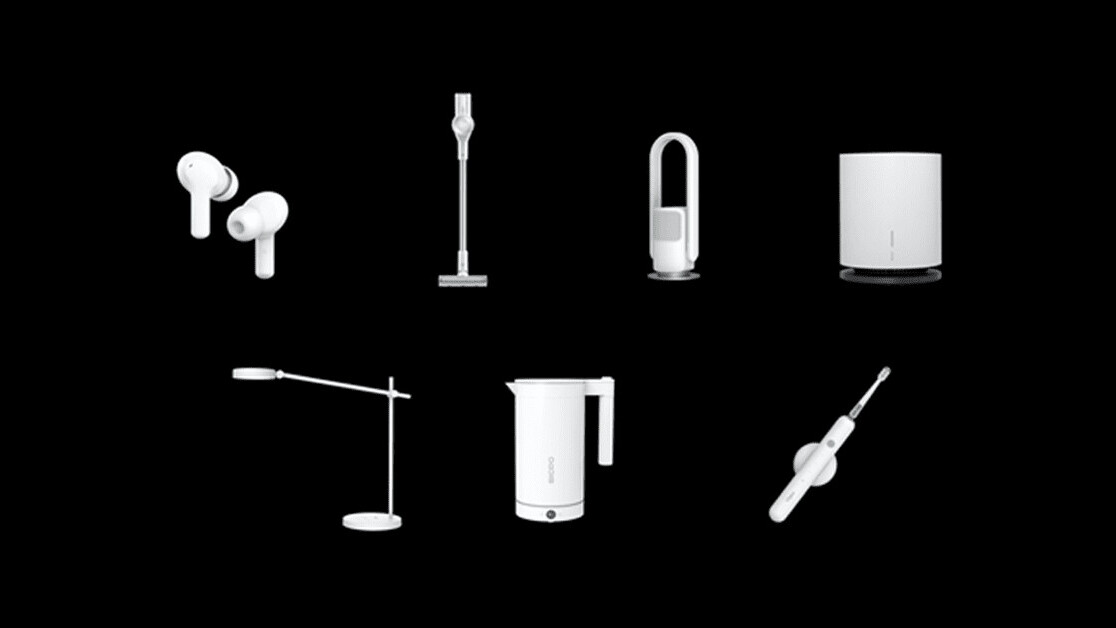 I’ve always loved the idea of the smart home, but the reality is very different to the Jetsons-style world we were promised. Instead of a technological home overhaul, we’ve received a slow drip of products from disparate companies. It all feels far from futuristic.

On some level, it’s this feeling that Honor sees some potential in. And why the company has just announced a whole gamut of products with its ‘Smart Life’ and ‘Honor Choice’ range.

What does that mean? Well, you could soon fill your home with the Honor Choice kettle, lamp, humidifier, vacuum, and toothbrush, as well as the more regular phones, TVs, and tablets you’d expect from a tech company.

Yep, you read that right: kettle.

But, before we get into that, let’s back track a little bit.

If you aren’t aware of Honor, the company is Huawei’s entry-level brand, one that’s specifically focused on a younger audience. It’s mainly known for its phones, which tend to be solid budget devices, but it has been branching out recently and expanding its product portfolio.

Selling a wider array of devices is all part of what Honor calls its “1+8+N All-Scenario Smart Life” strategy. Basically, this is a confusing way of saying they’re building a product ecosystem.

The idea is that your Honor mobile will be the hub of your smart home. Once you have this, then you can buy other products that integrate with it seamlessly.

With this in mind, the company has announced its ‘Smart Life’ range of products that fit into the “8” part of the “1+8+N All-Scenario Smart Life” strategy (yes, I know).

To reiterate, these are all part of Honor‘s ‘Smart Life’ range. And, to be honest, a lot of that is priced pretty damn competitively. I’ve tested out the MagicBook and the ViewPad ranges before and have been impressed, but the jury’s still out on the router and TV.

Can they compete with pre-existing budget models? I’m doubtful, but I’m not writing them off yet.

What about the Honor Choice products?

This is my favorite part of the launch. Just look at this mad selection of shit:

Everything announced with the Honor Smart Life range makes sense for a company whose bread-and-butter is mobile phones, but this Honor Choice line-up? It’s madness, beautiful, beautiful madness.

It’s not a complete left turn — Xiaomi in particular is known for releasing strange tech products alongside its phones — but it’s not exactly what you’d call standard operating procedure, and, well, I love it.

A bit of detail on the products. The Honor TWS Earbuds X1 are your pretty standard AirPods knock-offs, but could still be good value, especially if they work well with Honor devices and you, well, have one. These will cost $24 (169 Chinese Yuan).

The Smart Vacuum Cleaner could also be a hidden bargain. I love my Dyson cordless V11 vacuum, but its one drawback is its expense. Unfortunately, there’s no pricing on the Honor Choice version yet, but I’d expect it to be in a far more affordable price bracket than the $700-odd dollar Dyson.

Hell, to be totally honest, I’d like to try out most of this stuff. An Air Multiplier, Humidifier, Desk Lamp, Electronic Toothbrush, and Smart Kettle are all things that, if done well, could be decent step to creating the true smart home of my dreams.

But… there are two big issues with all this: how good the technology is, and how much of a gimmick the “connected” thing turns out to be.

For example, the toothbrush. Do I need this connected to my phone? And is it going to be as good as the Braun Oral-B models I’ve been using for over a decade now? Somehow, I doubt it.

On the other hand, how wrong can you go with a lamp? Getting this right isn’t going to be rocket science.

Anyway, the company hasn’t released prices for these products, but states that information will come soon. In terms of availability, they should be on the market globally in June 2020.

A lot of how the Honor Choice range does will hinge on the cost, so it’ll be intriguing to see what the company comes out with.

Will Honor Choice succeed in making the company a smart home behemoth?

The Honor Choice range is an interesting and bold move from the company — and one I’m quite fond of. The thing is, this hinges on one important point: do people really crave their phones?

Honor shifts a lot of handsets, but is it the sort of phone you buy a product range around? For example, I could imagine doing this with Apple, Google, or Samsung, but Honor doesn’t have that same reputation. Many still see their phones as budget devices that serve a purpose, rather than being aspirational.

Despite this, there’s really only one way to find out, and Honor looks to be going full steam ahead.

Maybe if Honor can build-up a dedicated fanbase and keep converting users with output like this, building an entire product ecosystem will be a success.

Still, that’s a long way away. Until then, we’ve got to work out if this phone company’s humidifier is any good. You can find more info on Honor products here.