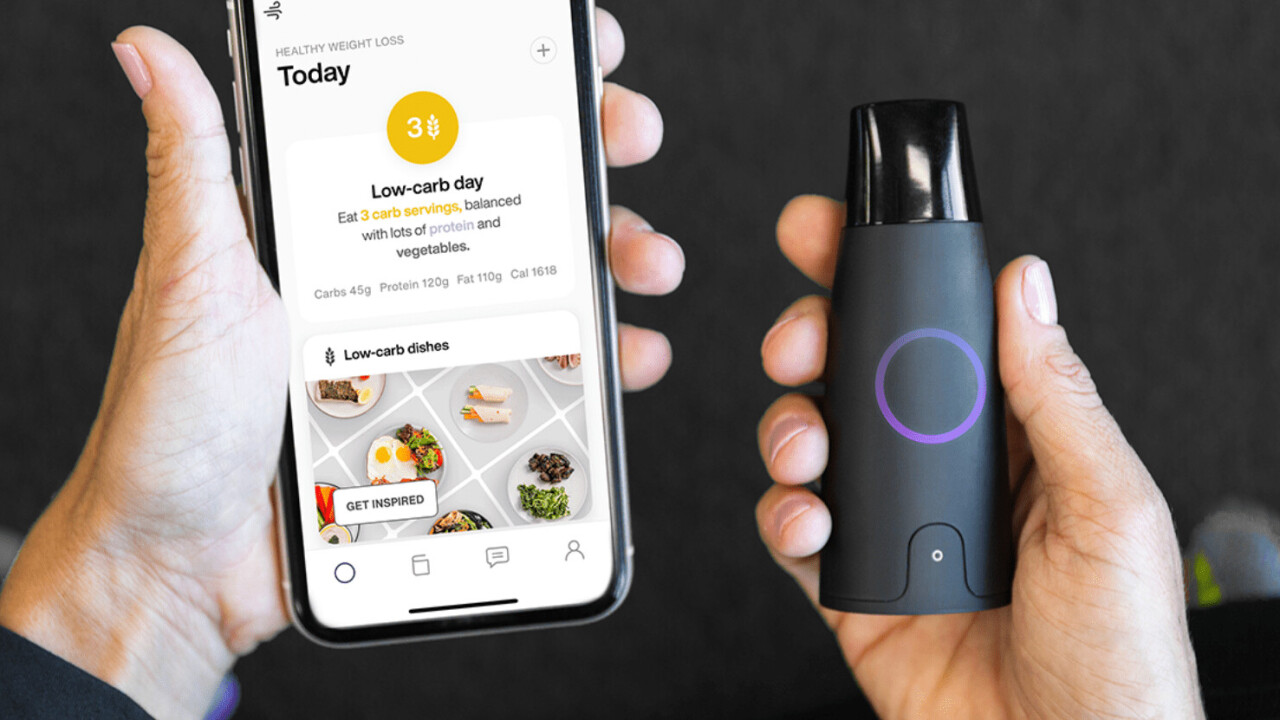 It was nearly two years ago that we first covered Lumen, a gadget and app combo that claims to track your metabolic flexibility — how good your body is at switching between energy sources. It does so by measuring how much carbon dioxide you’re exhaling, which indicates whether your body is currently burning carbs, fats, or a mix of both.

The more flexible your metabolism, the easier it is to lose weight (and keep it down), gain muscle,  and optimize workout performance. So claims Lumen, citing some research along the way. Its founders, twin sisters Merav and Michal Mor, both have PhDs in physiology, giving the device a bit more scientific weight than your typical crowdfunded project.

At the time, Lumen was just beginning its Indiegogo campaign, where it raised over $2.3 million. Today, the gadget is available for anyone to buy for $299.

I received a Lumen review unit prior to today’s announcement, but — blame coronavirus — have only had the chance to test it briefly prior to launch. The device requires a calibration day where it ‘learns’ your metabolism, and then spends several more days fine tuning its algorithm. Once done though, Lumen’s claimed benefits are numerous:

Moreover, Lumen claims its device’s accuracy is comparable to the large and expensive metabolic carts used at hospitals and the like. The company cites its own research (1, 2) for this; the papers aren’t peer-reviewed, but it’s more than you usually get with devices making such bold fitness claims.

In practical usage, it works like this: First, you have to calibrate the device, starting with a few inhalations and exhalations, and then a full ‘calibration day’ where the device begins to understand how your metabolism works. You’ll be asked to eat a high-carb meal that day, making this pasta lover happy, though the device is probably not for you if you swear by keto.

After that, you’re asked to take measurements regularly, most importantly in the morning (15-20 minutes after getting out of bed, according to Lumen). The company says this measurement is the ‘most insightful,’ as it can analyze your overnight metabolism to figure out what you should eat the next day.

You can then also take measurements pre and post workout, an hour or two after meals, or to just check in regularly throughout the day. The device’s accuracy improves the more you use it.

Lumen will provide meal and caloric intake suggestions, including a breakdown of how many of each macronutrient(carbs, fats, protein) you should be ingesting. After your high-carb calibration day, Lumen says it generally recommends a low carb diet in order to shift your metabolism towards using fat, before then cycling back up to carbs. And so on and so forth.

The device itself feels surprisingly well-built. It has a soft-touch rubberized finish with a metallic mouthpiece that feels all feels better put together than I expected for a crowdfunded device.

The proprietary charging base is annoying – lose it, and there goes your progress – but the unit is supposed to last two weeks on a charge. I do appreciate that it comes with a carrying case for when you’re out and about (you know, after this pandemic ends), and pairing happens instantly. Hardware-wise – it feels like a fully realized product.

As someone who has been through all sorts of fitness and dietary regimes and major weight loss and gain over the years, the idea of a device that can ‘hack’ my metabolism and provide such detailed insight is hugely enticing. There’s nothing worse than strictly following a fitness protocol only to see your progress come to a screeching halt; a device that might give some insight as to why would be well worth the money.

That same experience, however, makes me skeptical of anything with such bold claims — as one should be of any unverified scientific claims. We’ll be testing the Lumen extensively over the coming weeks and months to see whether it lives up to its promise. If you’re willing to give it a go, however, the device is available to order now from Lumen’s website.