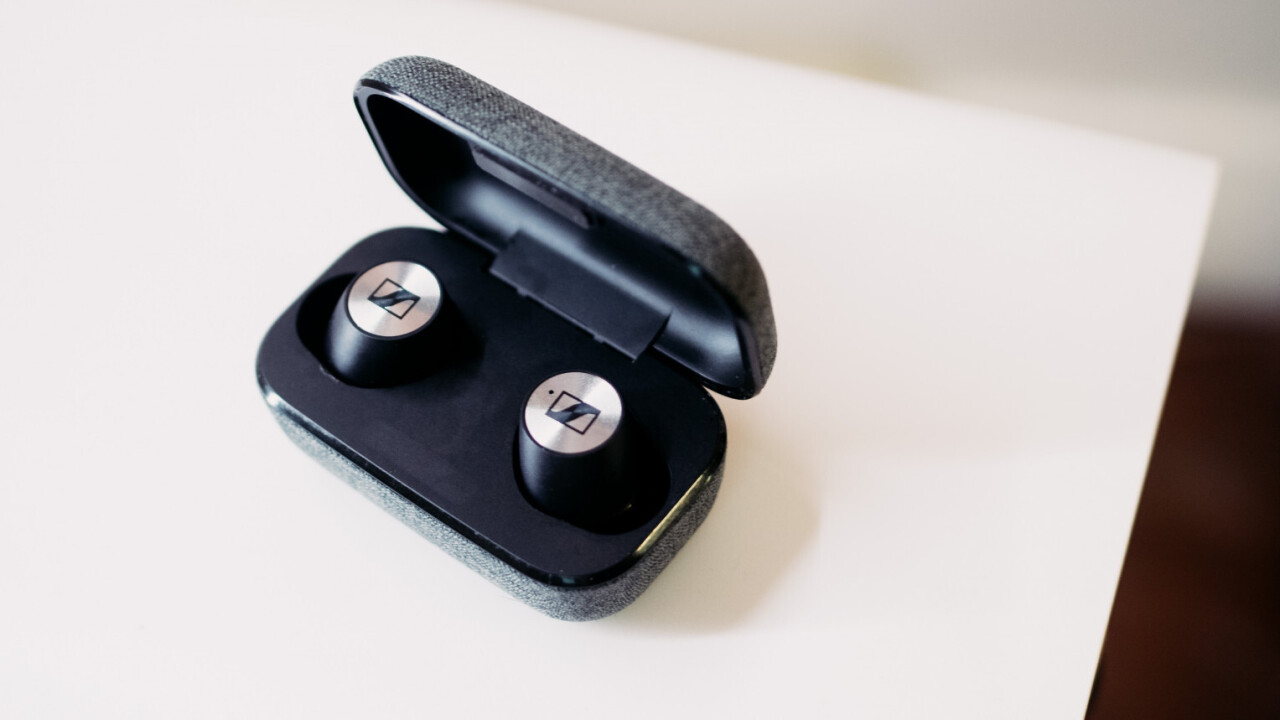 The world of true wireless headphones was a different place back when Sennheiser released the original Momentum True Wireless in 2018. The AirPods were the unequivocal king of the hill despite their just ‘okay’ sound quality, and every company was looking to take a bite out of the budding cable-free earbud market.

Sennheiser‘s Momentum True Wireless were among the first to prove you could strive for more. The headphones looked nice, had solid connectivity, blocked ample outside noise, and perhaps most importantly, sounded better than almost any competition.

But they had their flaws too. They suffered from severe battery drain problems while resting in their case, were too big for some ears, and had some unintuitive controls.

The new $299 Momentum True Wireless 2 (MTW2) improve on most of those flaws, and while they aren’t perfect by any means, they are still the headphones to beat when it comes to sound quality. With better comfort, active noise canceling, and significantly improved battery life, the MTW2 once again strives to be the audiophile’s choice.

The design has seen only the subtlest of changes; the headphones are a little smaller, having shaved off 2mm off their predecessor, and the company now offers a model in white. Sennheiser hasn’t changed much of their appearance otherwise, but as far as I’m concerned that’s a good thing – they’re among the classier looking headphones on the market. The carrying case is still small and unobtrusive in a pocket too.

One area that hasn’t improved much is the touch controls. They’re not bad — the large touch surface is responsive and the headphones react instantly to your touches. I also appreciate that the company provides a lot of flexibility to customize the controls to your liking. But you won’t figure out how to use the combination of taps and holds without looking at the manual or app.

Moreover, it suffers from one of my biggest pet peeves with true wireless headphones — you have to wear both earbuds to access all the controls. The biggest sin is that even with customizable controls, there is no way to both raise and lower the volume while using only one earbud— something I often do for ambient awareness while I’m riding my bike or walking my dog — unless you talk to Google or Siri. Another pet peeve: only the right earbud can fly solo, something I learned after trying repeatedly to get the left earbud to connect on its own.

Luckily, the MTW2 do come with an excellent ambient awareness mode (Sennheiser calls it ‘transparent hearing’). It’s the most natural-sounding such mode I’ve heard, good enough that sometimes I forget I’m wearing earbuds at all, though it still suffers from the occasional wind noise.

More important is the new noise-canceling mode. The combination of the already-great passive noise isolation with active noise canceling makes the MTW2 second only Sony’s fantastic WF-1000Xm3 among its ability to shut out the outside world. In fact, I think the Sennheiser‘s are a bit better at dealing with high frequencies and chatter thanks to their better passive isolation, but Sony still takes the lead when it comes to eliminating low-frequency sound.

Where the MTW2 really pulls ahead is in music playback. It’s among the few true wireless headphones that don’t make me feel like I’m significantly sacrificing sound quality for convenience; they just sound like good earbuds period.

As far as I can tell, the sound is also very similar to its predecessor. The tuning is slightly V-shaped, with a bit of an emphasis on the bass and treble, perhaps a little laid back around the upper mids.

This keeps vocals from becoming shouty, but they may not be the best choice if you prefer your voices more upfront. Bass tuning is also tasteful, though I’d personally prefer a smidgeon more sub-bass. On the whole, they are a great listen — good enough that I don’t feel the need to get my higher-end headphones out when I get back home.

Perhaps more importantly, the sound is highly customizable through the same intuitive EQ system present on the original MTWs. Though it doesn’t give as much control as a full parametric equalizer, you can adjust bass, treble, and mids separately, as well as the overall tilt of the frequency response.

These changes carry over even if you connect the headphones to a new device too. I used the EQ to emphasize the upper mids a little more. While I might give Master and Dynamic’s MW07 Plus a slight edge in out-of-the box sound quality for my tastes, the MTW2’s built-in EQ helps it take the lead overall.

You can listen to the headphones throughout almost an entire workday too. Sennheiser claims you can get 7 hours on a single charge (with another 21 hours in the case). I managed about six and a half hours in one go, which is significantly better than what I get with most true wireless headphones. And luckily, I’ve had none of the battery drain issues I had with the original if I left them in their case for over a day.

At $300, the MTW2 aren’t the best value out there. Nor are they the most convenient or user friendly earbuds— Google’s Pixel Buds 2 and Apple AirPods Pro are better, cheaper options if you prioritize tight smartphone integration.

But they get the basics right, and they sound excellent. The Momentum True Wireless 2 is what a sequel should be: it brings something new to the table, but doesn’t mess with a winning formula. If you don’t mind paying a premium for sound quality, the Sennheiser‘s latest are well worth your consideration.