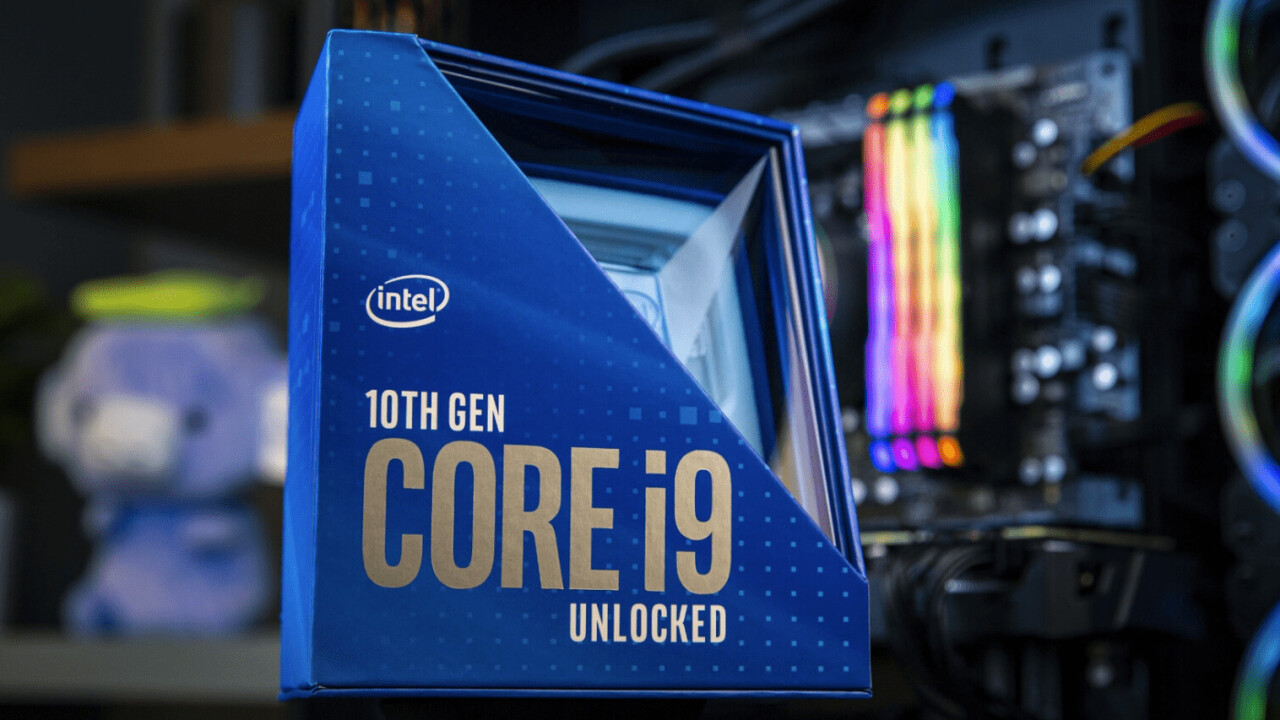 Intel has spent the past several months updating its processor lineup to the 10th generation, and next up are desktops. The company today unveiled its 10th-gen consumer chips, including the new i9-10900K, capable of reaching up to 5.3Ghz with a base clock of 3.7Ghz.

Of course, not everyone can afford a $500 processor, so it’s nice to see Intel is finally giving its cheap i3 models support for hyperthreading, for instance, enabling better performance when multi-tasking. And as usual, the i5 and i7 models are a better deal when it comes to price-to-performance ratio,  especially if you plan on doing any overclocking to close the gap.

Unsurprisingly, there are more processor variations than I care to list, so here’s the full breakdown of the new i-series processors:

Intel is focusing on clock speed rather than massively increasing core count a la AMD. The company is still stuck on 14nm chips while the rest of the industry has moved on to smaller architecture, but it thinks it can make up for it with higher clock speed. That might make sense considering how many people buy powerful processors for gaming, where high clock speeds still reign.

As we saw with its 10th-gen H-series laptop processors, the desktop chips feature Intel‘s new Turbo Boost Max 3.0, which automatically identifies your chip’s two quickest cores and assigns primary processing duties to them. Also like the laptop processors, the i9 processors can boost CPU speed a bit extra when temperatures are kept under 70 degrees celsius.

The caveat to these performance gains is that the new chips use a new LGA 1200 socket, so you won’t be able to upgrade your CPU without paying for a new board too.

And of course, the elephant in the room is AMD. Intel’s processors have nothing on AMD’s core counts, so which processor will be better for you depends on your use case. Intel’s processors also run at a higher TDP — the company is basically brute-forcing the added performance rather than moving to a more efficient architecture. Though to be fair, I’m not sure everyday people building PCs are too concerned with power usage.

The new processors will become available in May, starting with the unlocked chips. Other SKUs will arrive later in the year.