This article was published on January 6, 2022

2022 is shaping up to be the best year to buy a new laptop in recent memory.

Although marketing departments would like you to think that each yearly product launch brings massive upgrades, the truth is that obvious performance jumps only arrive a few times a decade, and it’s even rarer for these performance gains to coincide among several manufacturers. But if product announcements at CES 2022 and other recent events are anything to go by, this year is shaping up to have some of the most interesting lineup of new laptop hardware in recent memory.

Look, I’m not saying you should buy a new laptop — chances are your old clunker works just fine for your day-to-day work. But if you are in the market for a new laptop, it’s hard to imagine a better year to get one than 2022.

Considering the M1 Max and Pro just launched a few months ago, it’s unlikely we’re going to see dramatic performance improvements for MacBook Pro line for quite some time. Meanwhile, Apple is heavily rumored to be launching new a new MacBook Air with an M2 chip, which should offer modest gains over the M1. We could see that new MacBook Air as soon as WWDC, with leakers currently pointing to a mid-2022 launch.

Given that all of Apple’s laptops will have had a relatively recent design and performance improvement by this year — and a big one at that — it’s hard to imagine a better year to buy a new MacBook.

Just a few years ago, AMD was nearing bankruptcy, and Apple products were earning Intel a bunch of money. Intel had a near-monopoly in the CPU market.

In 2022, things are looking very different. AMD has catapulted to the top of the enthusiast desktop market and has been making significant headway among laptops, and Apple has completely moved onto its own silicon. Intel has to make a big showing in 2022, and luckily, it seems like we’re getting just that.

Intel claims to have made “the fastest mobile processor ever” with its new flagship i9-12900HK, and the rest of its 12th-Gen mobile lineup isn’t too shabby either. The company claims the 129000HK is up to 44% faster than last year’s 11900HK for multi-threaded performance, with many tasks, including gaming, being 20-30% faster. Based on what we know about the 12th gen chips so far, they appear to offer Intel’s largest year-to-year performance leaps in a long time. 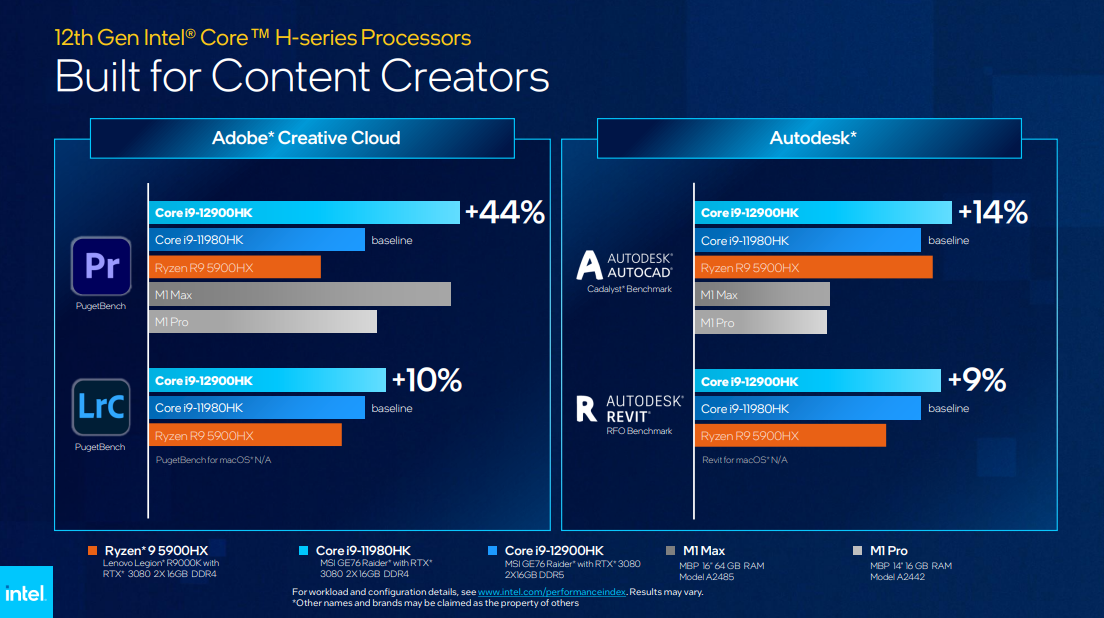 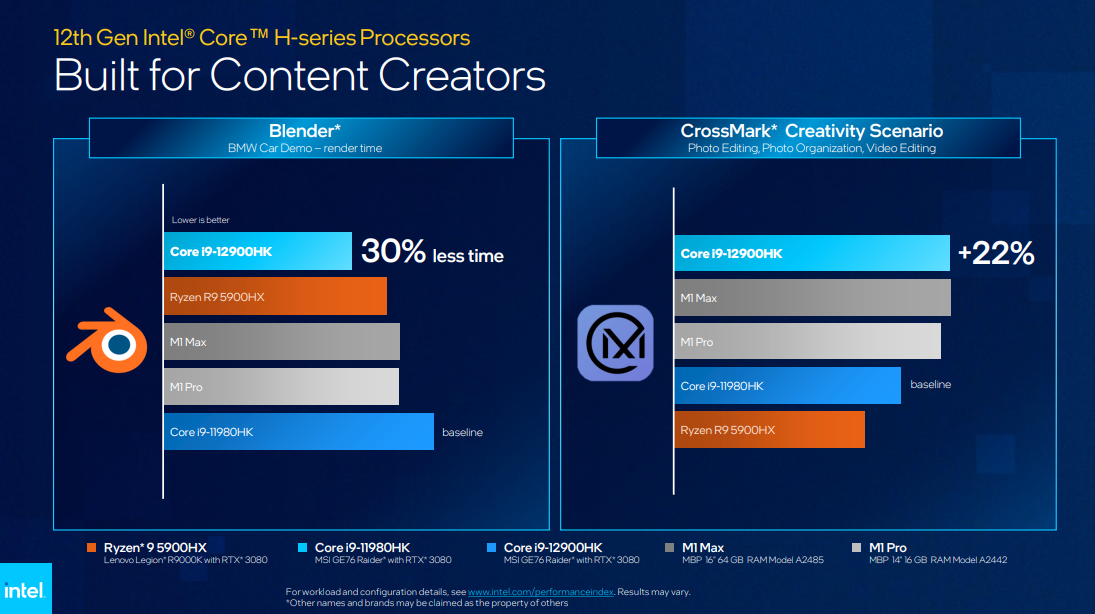 And crucially, it’s not just about raw power; it’s about efficiency too. Intel is taking a page out of its competitors’ books this year by dividing its CPU cores into high-performance and high-efficiency cores, behaving more like ARM-based mobile chips.

The i9-12900HK, for instance, is supposedly able to outperform Apple’s M1 Max at the same power consumption, while also being able to ramp up to much higher wattages when needed in high-end desktop replacement rigs, although it remains to be seen how much more efficient the chip is at its lowest wattages.

Still, any improvement in performance-per-watt is likely to mean good things for battery life when you don’t need your PC to be going all out. While third-party benchmarks will ultimately reveal just how significant the gains are, it’s clear that the competition has forced Intel to step its game up.

These are likely the biggest performance increase you’re going to see from Intel laptops for quite some time, so a laptop you buy this year will probably have better longevity than most.

AMD is still in the zone

While Intel’s resurgence is great news for Windows and Linux users, AMD hasn’t exactly been standing still either. AMD announced its 6000-series chips, which AMD claims offer a small performance boost on the CPU side, but a significant improvement in battery life and a dramatic improvement on the GPU side.

AMD says its new Zen 3+ chips offer 15-40% lower battery consumption when doing light tasks like web browsing or watching movies, helping address one of the common complaints of Windows laptops compared to Apple’s recent hyper-efficient machines. Meanwhile, the chips now use the RDNA2 graphics that AMD developed for the Xbox Series X and PS5, in addition to sporting 50% more compute units than prior generations.

Couple that with hardware-based raytracing and higher clock speeds, and AMD says this translates to a 1.2-3.0x improvement over the prior generation in framerates. In other words, you should actually be able to play modern games at 1080p and decent settings without having to shell out for a gaudy gaming device with a dedicated GPU. Better yet, as an integrated design, AMD can smartly shift power consumption between the CPU and GPU depending on what you’re doing or whether you need to extend battery life.

It’s great to see three major CPU makers firing on all cylinders, something I haven’t seen since the aughts. Heck, even Qualcomm is a bit of a fourth player in the ultralight market, given its latest chips are making some major performance headway this year.

I imagine it’s unlikely we’ll see these types of performance gains coinciding from all the big CPU makers again anytime soon. If you’re itching for a laptop upgrade, it’s hard to imagine a better year to do so than 2022.