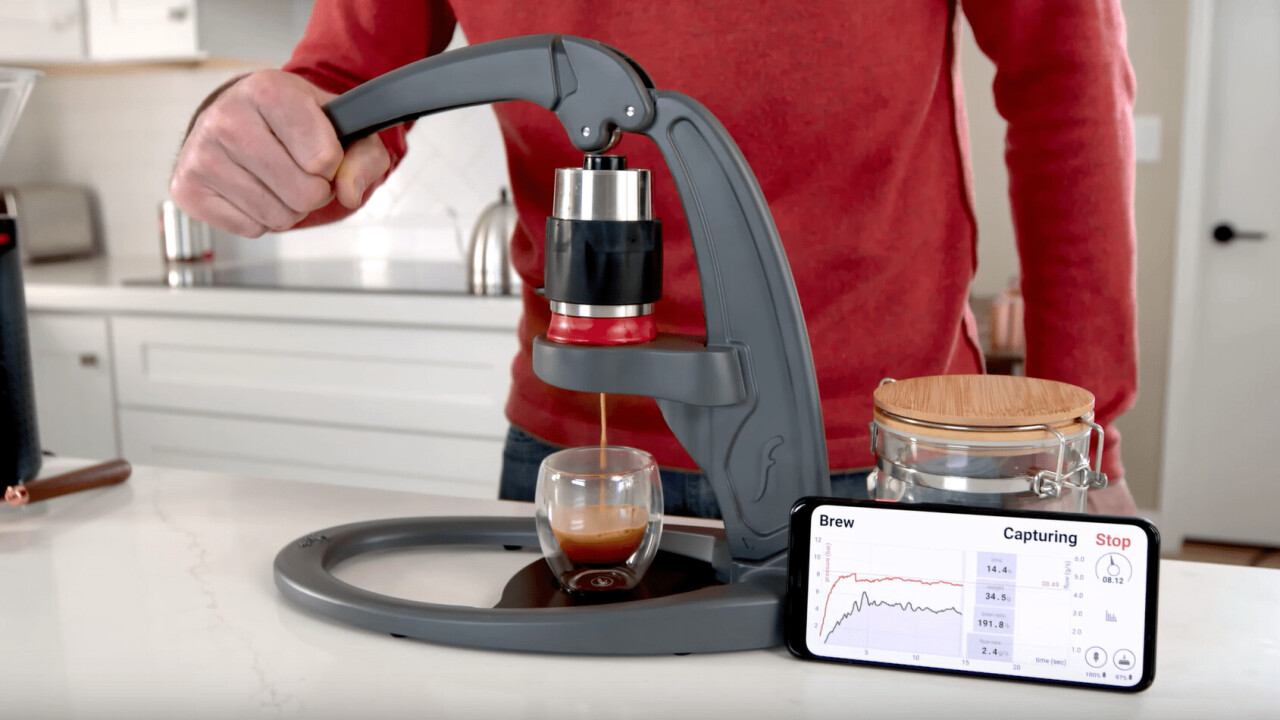 Of all the gadgets and gizmos I’ve reviewed over the years, the one I use the most requires no electricity: the Flair espresso maker. The device, which uses a simple lever mechanism to build up the high pressure levels necessary for espresso, has become a part of my daily routine.

The only problem is that brewing good espresso can be pretty tricky for beginners, as you need to get the grind just right to build the requisite pressure level, often requiring a fancy grinder for the best results. The Flair gives you more control than most machines thanks to the lever’s variable pressure, but you might still go through a few attempts before you find the right grind.

The upcoming Flair Neo – retailing for $120, but currently on Kickstarter for $89 – makes the whole process substantially easier. Aimed at newbie espresso makers or those who simply don’t want to go through the trouble of finding the right grind, the Flair Neo uses a pressurized portafilter — the portafilter is the little cup where the grinds go into.

This ensures the coffee is always under the right amount of pressure, regardless of the grind. It should translate into much more consistent results and means you needn’t have a fancy grinder just to get decent coffee.

While I can already see some coffee snobs scoffing at the idea of a pressurized portafilter, letting the device do some of the hard work for you, I think it’s a worthwhile option for users who’d like to make their own espresso or espresso-based drinks (lattes, mochas, and the like), but find the process daunting (just look up some of the espresso brew guides out there to see what I mean).

Moreover, the Flair Neo is upgradeable if you want to use more advanced techniques. It’s compatible with any of the standard Flair’s accessories, including a bottomless 2-in-1 portafilter and a pressure gauge for live feedback on your pressure levels.

Advanced baristas who want more control over their coffee can always opt for the standard Flair or Flair Pro, the latter which can accept larger doses and has a few tweaks for even more control over your coffee. The Pro model in particular recently received an update that makes it even more versatile and comfortable to use.

Like its big brothers, the Neo comes with a die-cast aluminum base and lever and a steel brewing cylinder. Despite the low price compared to a standard espresso machine, the Flair feels very sturdy; I’ve been using the original since 2018 with no hiccups. It can also be taken apart for travel, if you’re that serious about having good coffee wherever you go.

Because there’s no electricity involved and making your own coffee is way cheaper than getting one from a coffee shop, you can save a bunch of money on coffee. Flair estimates savings at $450 a year, but if you’re a regular coffee drinker in an expensive city like New York, the savings are almost certainly higher.

We’re normally wary of Kickstarter campaigns, but Flair started out as a successful crowdfunding project and has been improving on its designs ever since. The Neo doesn’t seem to have been adversely impacted by the ongoing pandemic, as the company expects to begin delivering units as soon as May of this year.

The Flair Neo is already funded on Kickstarter, and the first units are expected to go out in May, with a second production batch happening in July. Retail pricing is planned at $119, but early birds can currently pick one up for $89.

P.S. Yes, I realize the irony of featuring a device that uses no electricity on a channel called ‘Plugged.’ Sue me.