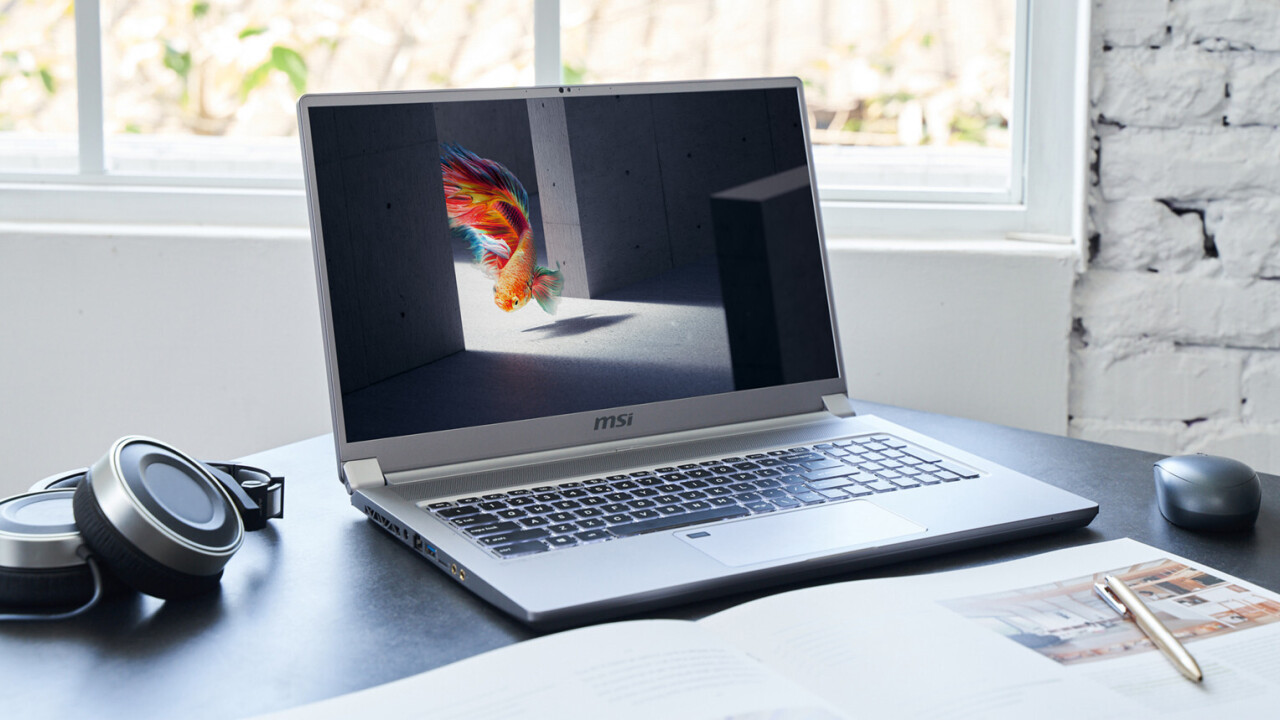 Coinciding with the launch of Intel‘s new H-series processors, MSI unveiled three powerful new laptops aimed at gamers and creators alike. The company is doubling down on creators in particular – since you know, gamers aren’t the only ones who need powerful PCs – with a sleek new laptop that includes the world’s first Mini LED display. Yep, they even beat Apple to the technology.

The MSI Creator 17 is configurable with a 17.3-inch, 4K panel capable of covering 100 percent of the DCI-P3 color gamut and supporting the HDR 1000 standard for extra bright whites (over 1000 nits, naturally).

To re-iterate, we’re talking about Mini LED, not Micro LED. While the latter behaves more like the OLED panels on our phones – able to turn individual pixels on and off – Mini LED, instead, pushes the limits of LCD technology.

High-end LCD TVs, for instance, have the ability to turn off backlighting in certain regions to allow for deeper blacks and concentrated whites. On laptops, doing so would normally require an unduly thick and heavy screen, but Mini LED shrinks lighting down enough that you can enable backlighting zones on a normal-sized laptop.

The effect approximates the deep blacks, contrast, and shadow detail of OLED while minimizing the risk of burn-in and potentially yielding brighter whites. Apple has long been rumored to become one of the first to implement the technology in a laptop, but it looks like MSI beat them to the punch.

You can also configure the laptop with anything from 16 to 32 GB of RAM and 512 to 2TB of NVMe storage, and there’s a micro SD card slot for extra storage if you need it or easy access to images from your camera. And because audio is important for creators too, the laptop comes with speakers tuned by Dynaudio.

Despite the powerhouse specs, the laptop is surprisingly svelte and sleek for MSI. It features a sandblasted metal build that is only 2.4Kg (5.2 lbs) heavy and 20mm (0.8 in) thick and is built to withstand drops to the MIL-STD-810G standard.  It’s a far cry from the massive desktop replacements of days past.

Of course, MSI isn’t forgetting about gamers and announced a variety of laptops aimed at the gaming crowd too. Highlights include the new 15.6-inch GS66 Stealth and GE66 Raider with 300Hz 1080p displays and the world’s largest laptop batteries you can legally bring on a plane, at 99.9 watt-hours. They are also configurable up to Intel’s top of the line 10th-Gen i9 processor.

The key difference is in their design. While the GE66 Raider has your typical gamertastic design with an RGB strip running through the front of the laptop, the Stealth has a sleeker matte black design that wouldn’t make your coworkers shoot odd glances at you during a meeting.