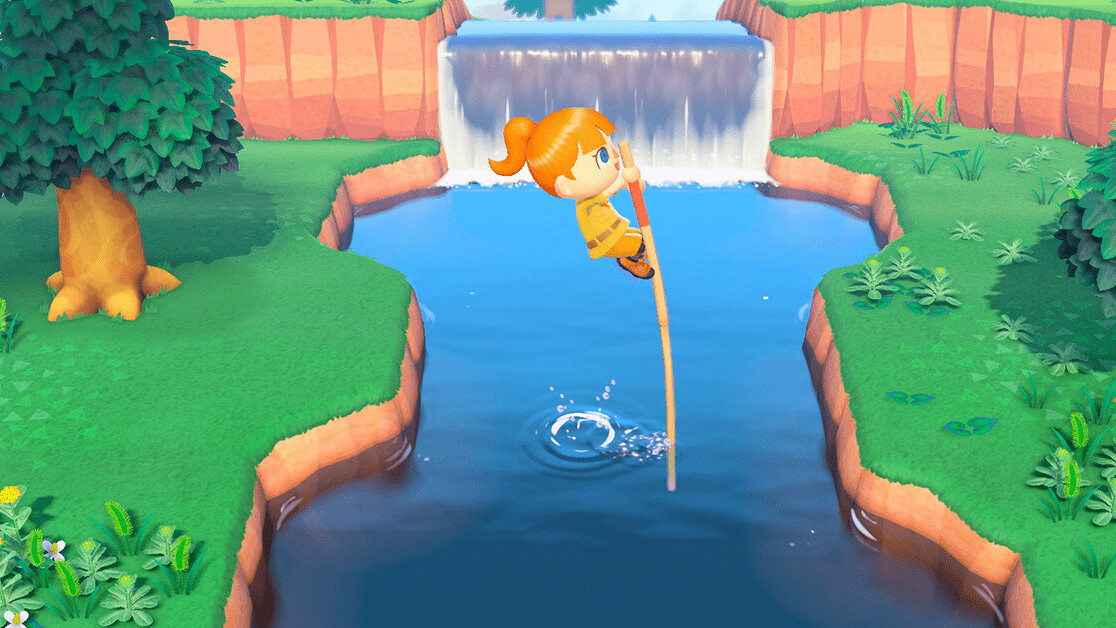 There’s a boring weekend coming up and it’s going to be the first of many. Most people are struggling to cope with that outlook, but there’s one group who’s not phased by this forced isolation at all – people who play video games.

oh nowwww everyone wanna know what introverts do for fun

Having to stay inside is a godsend for those who do nothing but play video games all weekend, it simply removes all the guilt they (ok fine, we) normally feel. There’s nothing that makes you feel more useless than staying inside all weekend to play video games, but I’ll happily oblige if it benefits public health.

Now you probably want in on this action, but you might not have a gaming device or know which game to get started with. Don’t worry, I got you. Let’s start with the absolute basics.

Is this a good time to pick up a gaming console?

Hell. Yes. Sure, the PlayStation 5 and the next Xbox are set for release by the end of this year, but who knows if that will actually happen? And if you’re just getting (back) into gaming, current-generation consoles are just fine. You should be able to get the base model Xbox One for about 200€ (or 229$), and you can find the standard PlayStation 4 for a little less than 300€ (or $269 with a bunch of games).

Should I get the PlayStation 4 Pro or the Xbox One X?

So both consoles have a more powerful version available, but they’re only really worth it if you have a 4K television (of if you can comfortably afford it). I upgraded both my consoles to the souped up versions and I’m glad I did, though the difference is not big enough that I would recommend it to anyone who is just starting out. It’s probably better to spend the money you save on some sweet games.

What about the Nintendo Switch?

The Switch is an excellent console and it’s totally worth getting, but whether you should buy it instead of a PS4 or Xbox depends on what you’re hoping to get out of your quarantine gaming. If you want to play the latest blockbuster video games like DOOM Eternal, Final Fantasy VII or Resident Evil 3, you’ll want to pick up one of the other consoles. Same if you want to play Call of Duty: Warzone or Apex Legends with the homies. If you want to play Nintendo games like Mario Kart 8 Deluxe, The Legend of Zelda: Breath of the Wild, or Animal Crossing: New Horizons, you’ll need a Switch. These titles won’t be ported to other platforms.

A big benefit of the Switch is that you don’t need a TV to play games on it. You can easily take it out of the dock and play it in handheld mode if you’re stuck inside with a partner or a roommate who wants to watch TV. In simpler times this is neat, in these trying times it could save relationships. Just keep in mind that the Switch doesn’t get all the latest major titles, and is significantly less powerful than the other two.

All three consoles come with their own subscription services that serve up catalogs of full games you can download and play as long as your subscription is active. You’ll need PlayStation Plus, Xbox Live, and Nintendo Switch Online to play online multiplayer games, except for free-to-play titles like Fortnite and Call of Duty: Warzone. Personally, I’ve just been playing a ton of free-to-play games with my friends, so I can do without any of these services.

The PlayStation and Xbox variants come with a couple of free games every month, but I rarely find them worth the ten bucks per month. Nintendo Switch Online is cheaper at 3.99€ (or 3.99$) per month, and lets you play a ton of (S)NES games, which is a great deal if you’re feeling nostalgic.

PlayStation Now and Xbox Game Pass are an absolute delight if you don’t have a huge library of games. They both offer a lot of amazing titles you can download for free; it’s like Netflix for gaming. The Xbox Game Pass offering is better than the PlayStation equivalent. Game Pass has better titles in general, and Microsoft adds every first-party game to the service on the day of release. But PlayStation Now is totally worth getting too.

Which accessories do I need?

Depends on what you want to do. If you want to play local multiplayer, you’ll need a second controller. If you’re going to play by yourself or online, you don’t need much. The PlayStation 4 comes with a simple headset for voice chat, the Xbox One and Switch don’t, but you can use your normal earbuds as long as they have a mic and a headphone jack.

Otherwise you could consider a cheap gaming headset, I got this one and it works wonderful for all three consoles.

Normally, I would advise new Switch owners to get a carrying case, but you don’t really need it when you can’t leave the house. All consoles are hooked up through an HDMI cable that comes with each system, and all consoles support Wi-Fi, so there’s no need to get an ethernet cable.

So what games should I pick up today?

Glad you asked! There are a ton of classics you can get for cheap for all three systems. Exclusives like Uncharted 4 and God of War for PlayStation 4, and Forza Horizon 4 and Gears 5 for Xbox One are easy recommendations. Third-party games like Red Dead Redemption 2, The Witcher 3: The Wild Hunt, and Destiny 2 will easily keep you entertained for weeks.

These are my top five titles on each platform:

If you’re looking to get into some of the newer releases, you’ve got these options:

Warzone has been my go-to social game since it came out last week. It’s Call of Duty: Modern Warfare’s free Battle Royale mode, which means that you and your squad of three get dropped on a huge map and have to survive until all 147 other players are dead.

It combines Call of Duty: Modern Warfare’s excellent shooting mechanics, with the nail-biting action of Battle Royale games like PUBG and Fortnite. You don’t have to own Modern Warfare to play it and it’s totally free, no subscription or anything needed. It being available for free also makes it easier to convince the homies to play, so you probably won’t have trouble finding two teammates.

DOOM Eternal sets a new bar for first-person shooters. It’s a direct sequel to the DOOM reboot that came out in 2016, and it’s a big improvement over its already brilliant predecessor. The previous game is way cheaper and totally worth playing, but if you can spend the 60 bucks on Eternal you should. Don’t worry about playing the original first, as the story doesn’t really matter.

Fair warning though: both games are tough as nails. Only get these if you’re looking for a challenge. You’ll die a lot. Totally worth it though.

Animal Crossing is this only game on this list I haven’t played extensively (I only just got it), but I played hundreds, if not thousands, of hours of the previous entries in the series — and I am certain I’ll play this one even more. A dismissive grouch might call Animal Crossing a game about doing chores to pay off a mortgage — and they wouldn’t be wrong — but there’s something about its mundaneness that makes it zen.
You can fish, collect all sorts of fruit, pick up rare artifacts, furnish your home, visit your (online) friends, and much more. There’s no skill required and there’s nothing to stress about — pure positive vibes all round. Much needed in these gloomy circumstances.

Ori and the Will of the Wisps (Xbox One, PC)

The sequel to 2015’s Ori and the Blind Forest is a true masterpiece that everyone who appreciates gorgeous 2D graphics and enjoys platforming games should try. It’s part of Xbox’ Game Pass scheme, so you can play the whole thing for free if you subscribe to the service. The first game is on Game Pass as well and it still holds up today. If you have the time, play the games in sequence, but otherwise you’re fine to just jump into The Will of the Wisps. It gets pretty difficult, but just take your time and you’ll do okay.

It’s currently sold out everywhere, but if you can find a copy, then Ring Fit Adventure for the Switch is a perfect way to stay in shape while staying indoors. Read Callum’s hands-on here.

There are a bunch of great games coming out in the not so distant future, here are the highlights:

We’ll review most of these as they come out, so keep an eye on TNW if you want to find out more.

I hope you now have all the information you need to get (back) into gaming. Hit me up on Twitter if you have any questions and enjoy your new life as a nerd.