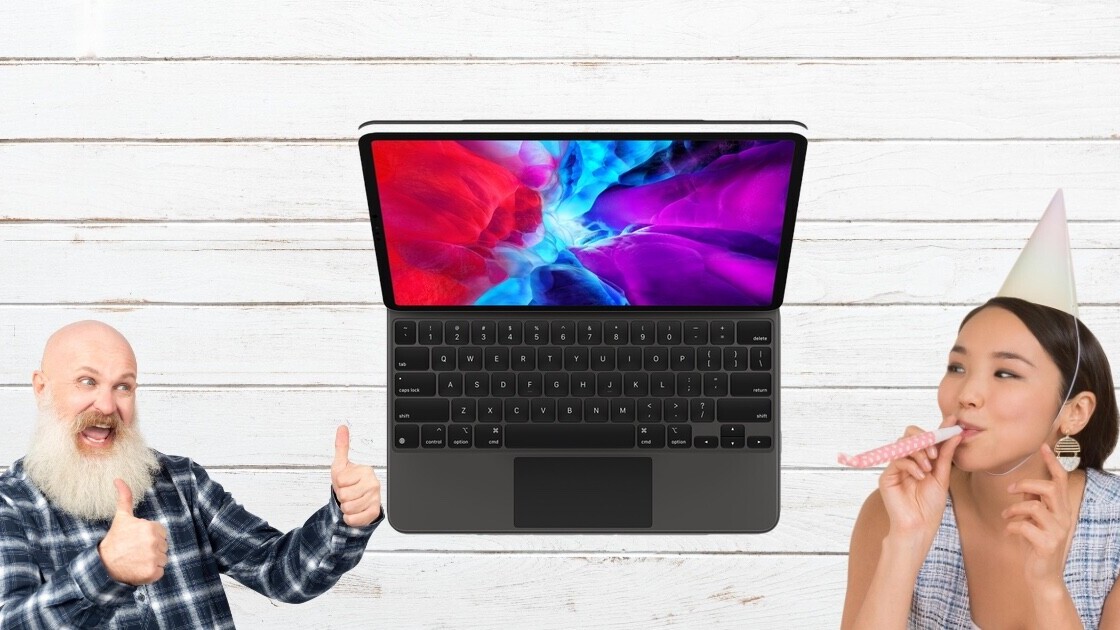 In the past, Apple has made fun of Microsoft with its “What’s a computer?” commercial, mocking a laptop-like form factor, and claiming that an iPad can work as a laptop. Now, Apple has gone full laptop with its new iPad Pro, which now comes with support for a trackpad.

The new iPad Pro also has an iPhone 11-like camera assembly on the back with a 12-megapixel primary camera and a 10-megapixel ultra-wide camera.

The trackpad support comes with a special magic keyboard Apple is releasing. The company says the cursor, that you can control with the trackpad, appears in the form of a circle that highlights user interface elements such as text fields and apps. Apple claims the cursor “only appears when you need it,” so it won’t stay permanently on your screen like a mouse cursor on a Macbook or a Windows laptop.

The trackpad also features a USB-C pass-through charging slot on the side, and a “smooth angle adjustment,” allowing for viewing angles up to 130 degrees.

The device also has a LiDAR (Light Detection and Ranging) sensor, which measures the distance of objects from the device up to five meters away. This kind of sensor is often used in self-driving cars to detect surrounding vehicles and objects to avoid the collision. Apple is using LiDAR sensor to power Augmented Reality (AR) applications like CAD tools and an upcoming IKEA app to virtually furnish your home.