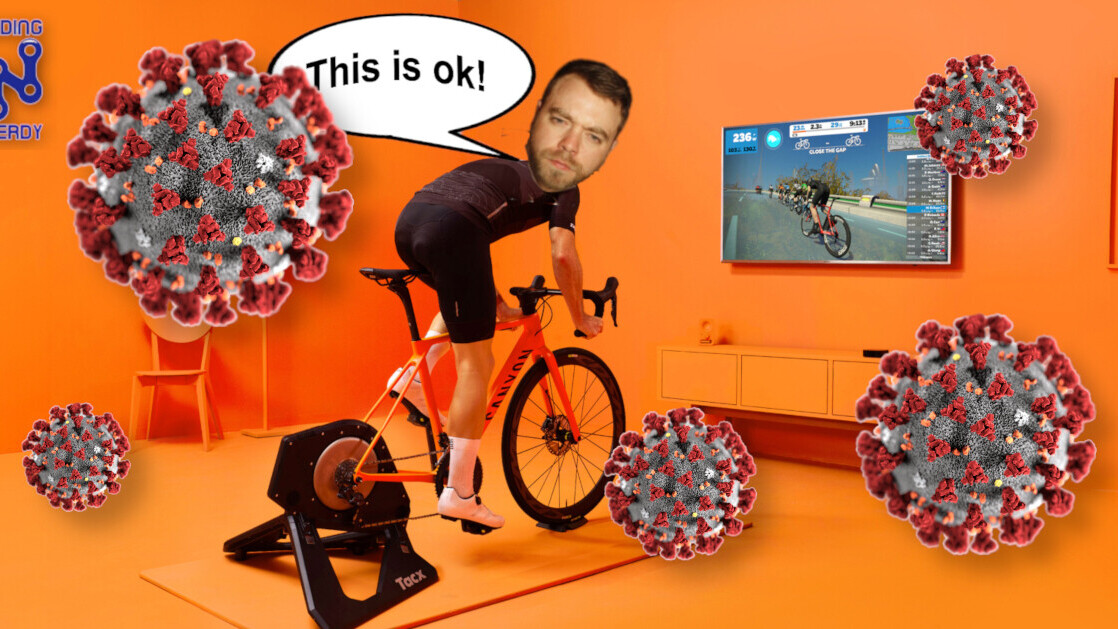 It’s not just football, basketball, Formula 1, golf, and baseball that have been canceled due to the coronavirus outbreak, professional road cycling has taken a big hit too.

At this time of year, most races take place across Northern Europe in many of the regions affected by the virus. As such, races are being canceled left, right, and center and many professional teams, like Mitchelton-Scott and INEOS, are actively avoiding the ones that were scheduled. But professional cyclists aren’t letting the situation stop them — they’re taking racing online.

Throughout March, top flight pros from Mitchelton-Scott’s men’s and women’s squads are taking to online bike racing game Zwift to keep their racing form. What’s more, the team is even inviting regular ol’ amateur Zwifters to come join the fun and race alongside the pros in the online world.

In the team‘s opening event earlier this month, more than 1,300 fans joined 30 of the team‘s riders to spin their legs around Zwift’s virtual world, Bicycling Australia reports.

In some cases though, Zwift is providing a more welcome distraction from the monotony of self-isolation and quarantine.

Late last month, riders were quarantined to their hotels in the UAE after the outbreak led race organizers to call off the country’s national bike race. Last week, some riders were still holed up in their hotel with little to entertain themselves.

However, riders from French team, Groupama-FDJ, took to Zwift to partake in the virtual Denmark Cycling Union 2020 Cup in an attempt to get some race miles in their legs and sharpen their form.

Another French team, Cofidis, were also quarantined to their hotel. One of the team‘s riders, Nathan Haas, reached out to Zwift directly in an attempt to get something to stem the boredom and prevent a loss of fitness.

Hey @GoZwift any chance you can save the day here in the UAE? Our team is required to stay longer, any way you could get us some indoor trainers? I’d even create a special #quarantinerace if you’d like 🙌

As it turns out, Haas seemed to quite like his time on Zwift. Maybe he’s a convert now?

Ok, so @GoZwift is more fun then I expected 🙌🙌🙌

For those just wanting to keep training, like British pro and Tour de France winner Geraint Thomas, Zwift is also proving a useful tool. And again, it’s another opportunity to reach out to the fans and ride with them, even if it is all virtual.

No racing for a while so I’m saddling up in the Tour of Watopia again tonight… Group B at 5pm GMT / 6pm CET on @gozwift – see you there! pic.twitter.com/Ow8kGnWNbw

It should come as no surprise that some are even suggesting Zwift could step in and replace the canceled races entirely — a luxury most other sports can’t enjoy (unless you finish the football season on FIFA?).

At the moment, Zwift is certainly proving to be a useful stand in for racing given the unique situation riders are under at the moment. Pros can race and ride together — with fans, too — on Zwift, but whether the platform can replace the real-world races entirely, is a very different ask. With the virtual nature of Zwift, ensuring races are fair requires a different strategy to conventional events.

Late last year, eRacing saw the first rider banned for what was categorized as “digital doping.” The rider in question was sanctioned by the sport’s governing body, but it also highlighted how far the sports governing bodies still have to go to ensure eRaces are as fair as possible.