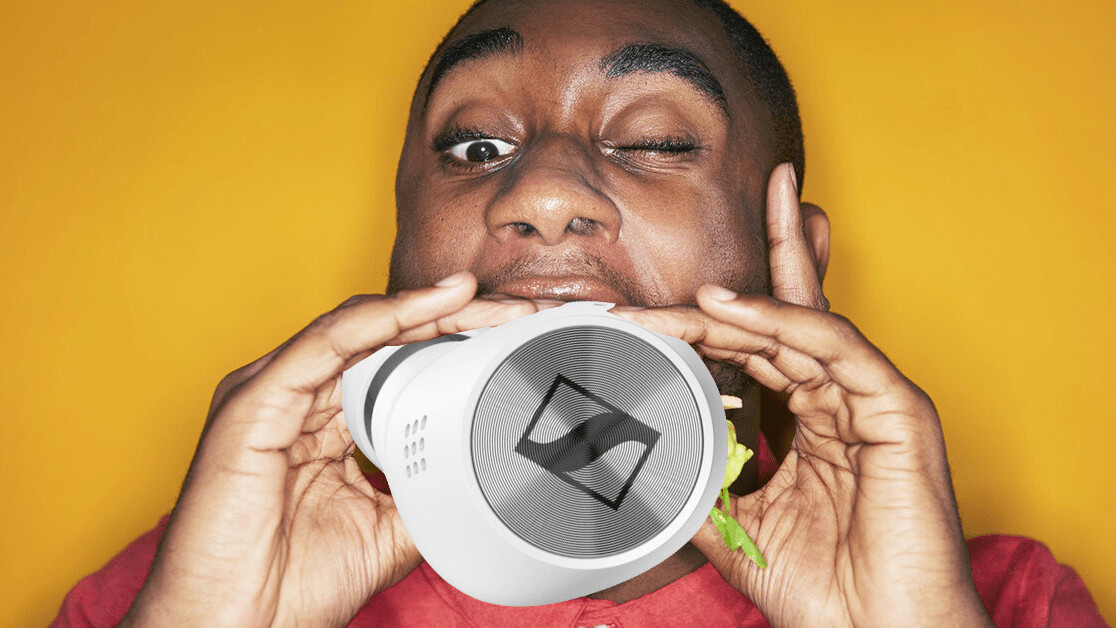 The true wireless earbud market is stacked, but a few companies stand out. One of them, of course, is Apple and its ubiquitous AirPods. And one of the others was Sennheiser and its Momentum true wireless earbuds, some of the best-sounding equipment in its category.

Well, strap yourself in, because we’ve got some good news: Sennheiser‘s new Momentum earbuds are here. Say hello to the rather imaginatively titled Sennheiser Momentum true wireless 2.

Terrible name aside — I mean, really? Sennheiser, really? Really, Sennheiser? You couldn’t do better than that? — there are some updates that should make your listening experience far better.

[Read: Nintendo Switch Online is good, but it needs N64 games to be great]

ANC is now pretty common in top-end true wireless earbuds, so the inclusion isn’t really a surprise. Sennheiser‘s new Momentum earbuds will also include a transparency feature, meaning users will be able to let in noise from the outside world for safety reasons. Losers.

In regards to the battery, the first generation Momentum earbuds lasted about four hours on a charge, with the case giving you another 12. Sennheiser‘s new Momentum earbuds blow this out of the water, promising seven hours of playback time, with an additional 28 from the case.

One of the other criticisms levelled at the previous earbuds was their operation, with many people finding them a bit fiddly. Sennheiser has updated the earbuds to make this process more intuitive — but how well they’ve done this remains to be seen.

Of course, there are a load of other features you’d simply expect from the Sennheiser Momentum true wireless 2 earbuds, but we’ll mention some of those for completeness. The headphones come with Bluetooth 5.1 with AAC and aptXM support, IPX4-rated weather resistance, and two colors: black and white.

These true wireless earbuds will set you back around $300, so they’re in the same price range as the previous model. They’ll be released in the US and Europe around April, but those are only the black pair. You’ll have to wait for the white versions to come later.

Anyway, make sure you stay tuned to Plugged for the full review of Sennheiser‘s new Momentum earbuds — it’s gonna be a good one.