I haven’t been a huge fan of OnePlus’ various earbuds so far. They’ve either been uncomfortable, had poor controls, or didn’t sound that great. The one thing they’ve always had going for them is a low price tag.

The OnePlus Buds Pro, the company’s first model with noise-canceling — which are clearly ‘inspired’ by the AirPods Pro — finally get it right. Well, mostly. But at $150, it’s hard to fault them.

The OnePlus Buds Pro are shaped a lot like the AirPods Pro, with their angled, oval ear tips and a long stem. Also like the AirPods Pro, the OnePlus Buds Pro aren’t trying to create the deepest, tightest seal, instead of focusing on providing an inoffensive fit that should work for most people. Active noise canceling (ANC) is on board, after all, so attenuating sound by passive means isn’t of paramount importance.

I’ve been using in-ear monitors (IEMs) for years, so I do personally tend to prefer something with a more secure fit that goes deeper into the ear canal, but the OnePlus Buds Pro should be comfortable for most people who think silicone-tipped earbuds are like having plungers in your ears.

I also appreciate that the case is quite compact despite the earbuds themselves being on the larger end of the spectrum. It’s thin too, so it won’t give you a huge lump in your pocket.

The controls are reliable

Also much like the AirPods Pro, the OnePlus Buds operate via squeezing the stem, rather than the usual taps or pressing a button. Although it feels a little awkward and slow at first, I appreciate that this system helps avoid accidental touches. It also means the earbuds won’t randomly activate if they get splashed by some water or sweat.

Otherwise, the controls are pretty basic:

Mercifully, by default the controls are completely accessible with both earbuds, so you still have full access to controls when using just one bud. This is much appreciated as someone who often uses just one earbud when riding my bike (transparency mode isn’t useful when on my bike due to wind noise).

The elephant in the room is the lack of volume control, which you’ll have to do through your phone. This isn’t the biggest deal for me, but it’s not ideal.

Long story short: The OnePlus Buds won’t blanket you in silence if you’ve used any high-end noise-canceling products like the Sony WF-1000XM3 or the Bose QuietComfort Earbuds, but they’re better than most.

They attenuate some lower mid and bass frequencies but don’t reduce higher frequencies all that much, so they’re not going to be great for, say, reducing chatter in a crowded restaurant, or especially for quieting individual voices.

They’ll probably quiet the hum of an airplane engine, but not the baby crying in the next aisle. The headphones come with a ‘smart’ noise-canceling mode, but I just ended up turning it up to the max.

Your best bet to improve isolation further would be to get a stronger passive seal, so you might want to invest in some foam ear tips if noise cancellation is a priority, although the large air vents probably mean they’ll never be kings of noise reduction. Still, some cancelation is better than none, and as someone who doesn’t consider ANC a priority, I could live with the meager attenuation.

Perhaps the biggest surprise for this review was just how good the OnePlus Buds sounded. They sound fantastic. Frankly, they sound better than almost any wireless earbuds I’ve tested, whether aimed at audiophiles or not. To my ear, they flat out sound better than Sony’s much more expensive WF-1000XM4 out of the box.

The bass thumps, the highs are clear, the mids are largely free of coloration. They even have a surprisingly decent soundstage for earbuds too, likely aided by the vented design which prevents the pressure you get with bass notes on some IEMs.

I won’t share the headphone measurements I captured as I’m currently reworking my setup, but based on the data and comparisons with other earbuds, the OnePlus Buds Pro seems to track the Harman Curve pretty closely, with perhaps a bit of extra brightness around vocals and brass.

The Harman Curve is a research-backed target response for headphones that yields a response most people consider to be neutral and engaging — with tonality similar to a pair of good speakers in a room. It may not be the ideal response for everyone, but it’s a great bet for most listeners.

More importantly, if you know you like/hate the Harman Curve’s sound, you’ll know whether these headphones are for you.

The headphones connect via SBC (bad sound quality), AAC (good sound quality), or LDHC (great sound quality, but few phones support it). To be clear, LDHC is not the same as LDAC, the latter being a high-quality Sony technology built into every modern Android phone. OnePlus phones are some of the very few phones I’m aware of with LDHC in western markets.

That said, most people won’t notice the difference between LDHC and AAC though.

Press and hold the earbud stems for 3 seconds, and you’ll enter ‘Zen Mode Air,’ a white noise mode. There are a few different soundscapes available, but it defaults to a forest-y type of sound.

I appreciate this feature I often find it easier to focus on certain tasks when listening to white noise as opposed to music. It’s hard for me to not get too invested in the music sometimes; yes I’ve tried working while listening to classical music, but Vivaldi can be as much of a headbanger as Metallica.

This is where I put the stuff I didn’t know where else to fit:

The headphones definitely aren’t perfect. Aside from the relatively weak noise canceling and lack of volume controls, here are some other things to note:

Despite some caveats, the OnePlus Buds Pro are an easy recommendation. They’re comfortable, the controls are mostly sensible, they have active noise canceling, and they have some of the best sound quality I’ve heard from wireless earbuds.

While they might not beat some of the more expensive headphones in terms of features, and the relatively lackluster noise canceling is disappointing, there are also headphones without any noise canceling that sell for more money.

While the earbuds are clearly best for people with OnePlus phones, for everyone else, the OnePlus Buds Pro still get most of the basics right. For $150, they are well worth a listen. 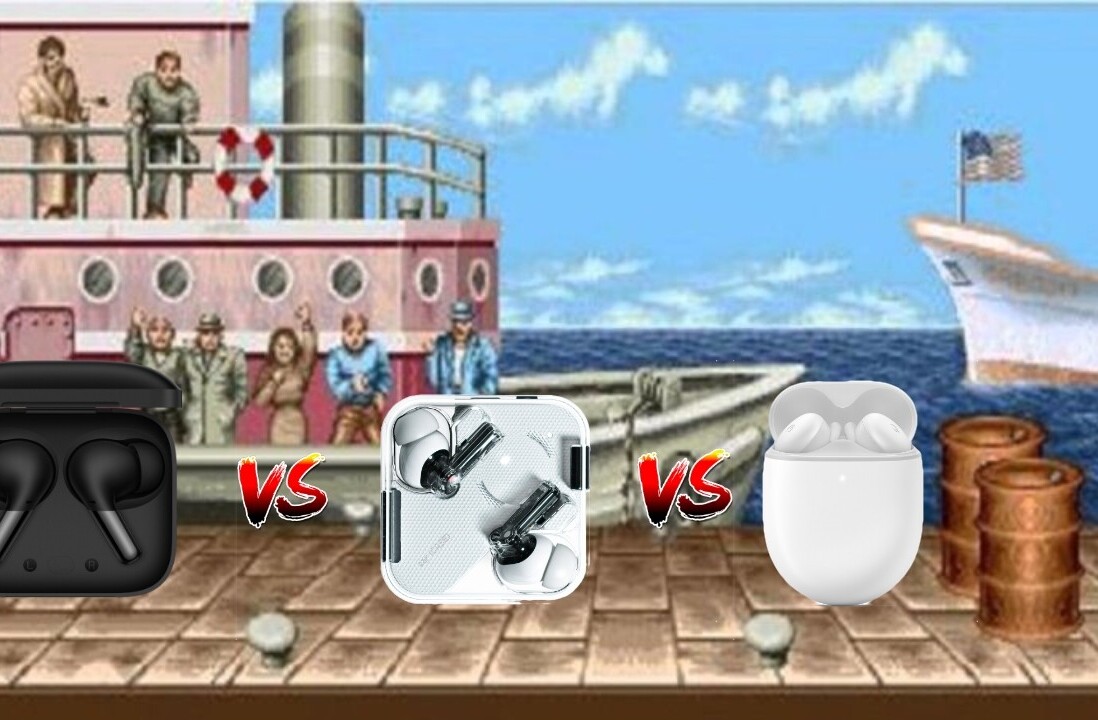