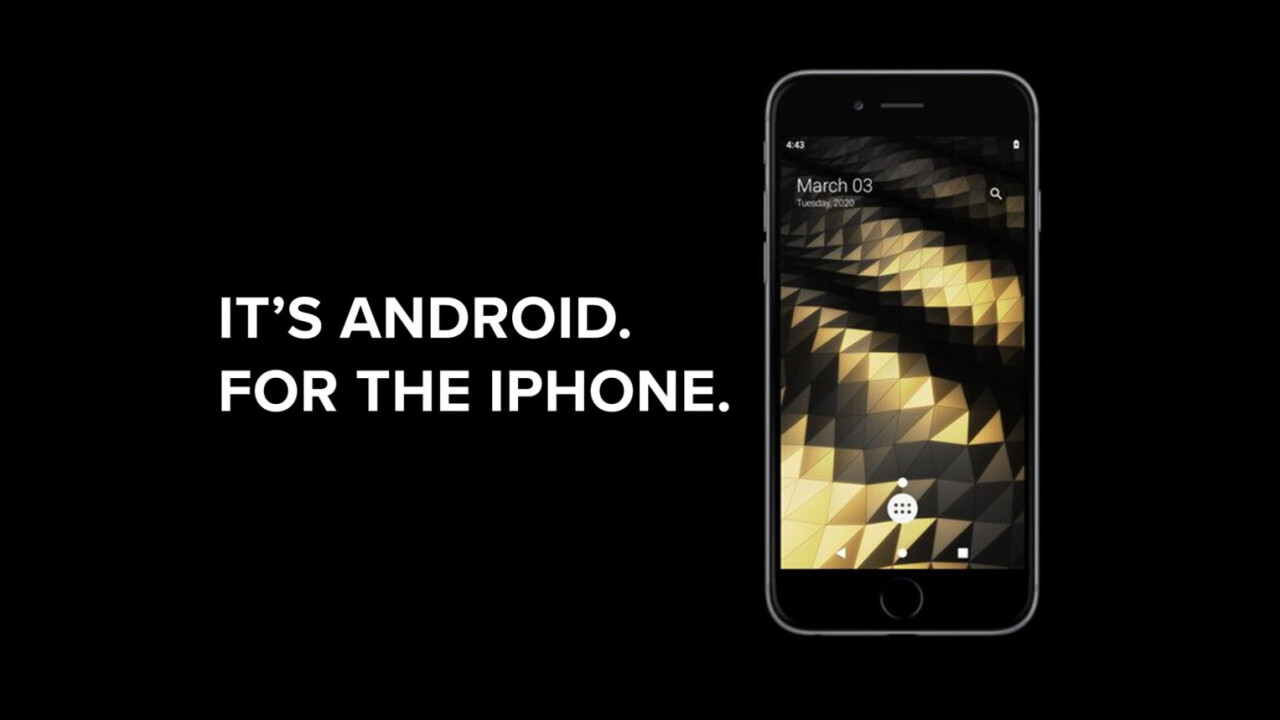 Just a few hours ago, we wrote about how it’s now possible to jailbreak an iPhone with a rooted Android device. But we have another case of developers committing tech heresy today: The enterprising team at Project Sandcastle managed to get Android working on the iPhone 7 and 7 Plus.

Why? Because they can. And adding an extra bit of intrigue to this story is the fact Project Sandcastle is being developed by team members of cybersecurity startup Corellium, which is currently being sued by Apple.

You can watch the port in action in this Forbes video:

To be fair, this isn’t the first time someone has ported Android to the iPhone – Project Sancastle’s co-founders actually managed to get it working way back with the original iPhone roughly 10 years ago. It’s also worth noting the port is currently quite broken, with a ton of features not working. They call it a beta, but that seems a bit of a stretch. Here’s a chart showing you all the things that aren’t working:

No GPU, no audio, no cellular, no Bluetooth, no camera. But still, it works — and it’s only the beginning.

Though we don’t have an iPhone 7 handy to try it ourselves, it works via the same Chekra1n jailbreak we wrote about earlier. That means as of today, you can jailbreak your iPhone with an Android device, and later boot Android from it. That seems… wrong, somehow.

Project Sandcastle says it would not have been able to port Android nearly as quickly without the help of Corellium’s iPhone virtualization platform. Which brings us back to Apple suing Corellium; the latter’s software allows you to virtualize iPhones on a PC in order to run tests and find security vulnerabilities without bricking an actual device.

Apple isn’t too happy about that. In a complaint filed in August of last year, the company claimed it wasn’t trying to hamper security research, but rather that Corellium copied its intellectual property “in exacting detail.”

Apple‘s lawyers pulled no punches: “Corellium’s business is based entirely on commercializing the illegal replication of the copyrighted operating system and applications that run on Apple’s iPhone, iPad, and other Apple devices.” The accusation continued: “although Corellium paints itself as providing a research tool for those trying to discover security vulnerabilities and other flaws in Apple’s software, Corellium’s true goal is profiting off its blatant infringement. Far from assisting in fixing vulnerabilities, Corellium encourages its users to sell any discovered information on the open market to the highest bidder.”

To make matters more interesting, Apple had once considered buying a Corellium predecessor called Virtual., according to Forbes. That relationship clearly soured.

Still, tech drama aside, Project Sandcastle is a fascinating project many developers will surely keep an eye on. After all, there are several ways to run Windows on a Mac; so why not Android on an iPhone?

For more on the history and technical details behind the project, you can check out Project Sandcastle’s writeup here or download the builds here. You can also view the source code over at GitHub.