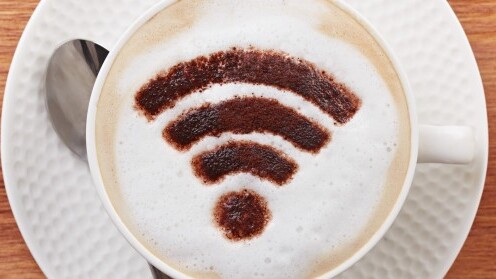 Wi-Fi is an important connectivity standard we rely on an almost daily basis. The standard was formed by IEEE‘s 802 connectivity group when it began exploring possibilities around wireless connectivity. Originally, the group was investigating solutions under 802.4 (the wireless bus group), but it quickly spun off and became the 802.11 — the group we know today as people who shape the standard.

Last year, Wi-Fi.org, the organization which handles Wi-Fi standards, released a new protocol called the Wi-Fi 6. The core aim of Wi-Fi 6 is to improve the efficiency of the standard, and allow as many devices as possible to connect to a single source and share the spectrum without sacrificing speed.

Now, IEEE is exploring new possibilities with Wi-Fi’s upcoming standard, the 802.11be, such as inter-vehicle connectivity and movement detection in a house. Paul Nikolich, Chairman IEEE 802, told me the main feature would be to get high throughput so multiple devices can connect to the network and exchange data at Gigabit speed over a longer range.

Along with that, the group is exploring new features to let vehicles talk to each other and avoid any collision. Plus, a new project Nikolich is personally excited is about sensing movement in a house through RF (Radio Frequency) signals:

(We want to) detect people’s movement from when they move to one room to another without having any sensors on them. The technology is also sensitive enough to detect your breathing rate because as you breathe you change the RF characteristics and channel characteristics.

Imagine some of the applications of this. I have a 93-year-old mother, and if I put aWi-Fi access point (with these capaibilties) in her home, I’ll be able to tell if she behaving normally or did she fall down.

He added that at this moment the group is just exploring possibilities around these brand new concepts.

For any new Wi-Fi protocol, IEEE and Wi-Fi.org work in tandem to create a structure that helps the technology reach end consumers. IEEE begins a project to layout specifications of a standard, while Wi-Fi.org helps with marketing the protocol, and creates certification testing for compatible devices.

The Wi-Fi 6 protocol was born out of a standard called 802.11ax maintained by IEEE. While IEEE is finalizing the protocol sometime soon, the development of the protocol began almost six years ago. As the 802.11ax project is reaching maintenance mode, IEEE has started working on 802.11be last year. Nikolich said this project will go on for at least four years. So, we shouldn’t expect Wi-Fi 7 (or whatever it might be called) powered devices for the next couple of years.

Apart from these features, IEEE is looking to enhance the security and privacy of the standard. While security is an integral part of 802.11 specifications, the group is not set on the privacy aspect. For that, it has alotted a special committee to explore possibilities around outlining privacy in specifications.

Some of the above concepts the 802.11 group is working on are quite exciting. While we may not see all of them see the light of the day, it’s fascinating to understand the possible potential of Wi-Fi.