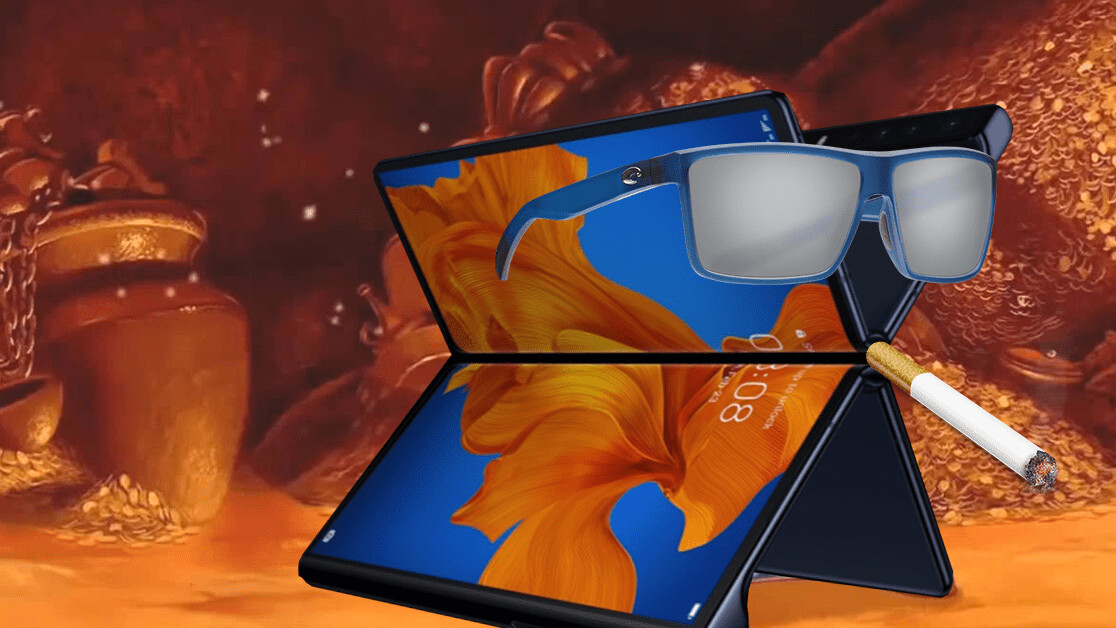 Hot on the heels of the Galaxy Z Flip and the Motorola Razr, another foldable phone is about to hit the market: Huawei‘s Mate Xs.

Truly, we live in a foldable world.

The Mate Xs was announced yesterday, and I managed to get my hands on one in Barcelona. Before we get into what it was like to use though, let’s talk a little bit about the phone itself.

[Read: Everything you need to know about Honor’s just-launched 9X Pro]

What exactly is the Huawei Mate Xs?

Effectively, it’s Huawei‘s second foldable device. Rather than being a flip phone clone (like the aforementioned Motorola Razr), it’s more in the vein of the Galaxy Fold. You know, it looks like this:

In fact, if you’re been following the trials and tribulations of the foldable devices, the Mate Xs will probably be familiar to you — because it’s just an upgraded version of the Mate X.

Don’t worry though, that phone never got a release outside of China, so it’s not like this is just a bit of marketing to try and boost sales, it is an actual new device for the West.

While many of the Mate Xs’ specs are identical to its predecessor, the Mate X (this is going to get confusing), Huawei has made a few upgrades.

The main improvement is that foldable screen. Huawei has beefed up the display, this time round using four layers of various materials to try and increase the device‘s robustness.

In relation to this, the company also stated it made some adjustments to the device‘s hinge in order to make it more reliable. They referred to this as a “falcon wing” design, which sounds cool as fuck, but only time will tell if it actually makes any difference.

The other major update is in the chipset department, with the company moving from a Kirin 980 to a Kirin 990. Exciting, I know.

Basically, the only real change is that the 990 has an integrated 5G component, rather than a separate one. This is probably why Huawei is talking about the Mate Xs being the first foldable 5G phone — even though its previous device has 5G too. Go figure.

Well — and this is something we’ll explore more in the future — there are no Google apps on the Huawei Mate Xs. For obvious reasons. This means that Huawei has created its own versions of popular Google apps, like Gmail and Maps. In my brief experience with them, Huawei‘s versions aren’t up to the same standard, but they will need time to be developed.

On the topic of software, one of the cool elements new to the Mate Xs is a multi-tasking feature that allows individuals to use up to three apps simultaneously. I’ll show how this works in the hands-on section later, so stay tuned.

So what’s the same?

We won’t get bogged down in too many details, but here’s a quick rundown of the other stats that haven’t changed between the Mate Xs and the Mate X:

What was it like using the Huawei Mate Xs?

It was a thoroughly enjoyable experience.

First-things-first, the switching between all the different folding elements works very well. Check out this:

It handles moving between the different formats and orientations impressively — which is no mean feat. When the main screen is folded it, it’s bright and responsive.

But, there is a definite crease alongside the middle of the screen. You can feel it when you run your thumb over the space and, while it didn’t impact usage at all in my short test, who knows what that’s going to be like after six months of daily stress?

On the topic of folding, the hinge on the Mate Xs is interesting. When I used the Galaxy Fold, I found that you opened the device just by prying it apart. The Mate Xs, on the other hand, has a little button you click to release the catch and unfold it.

It means that unfurling the device doesn’t feel as natural as the Galaxy Fold, but I’d assume the little catch will protect the hinge over the course of time.

When it comes to the actual motion of the unfolding, the Mate Xs is quite stiff — but I assume this is because it’s new and that it’ll loosen up a bit over the coming months. This isn’t a bad thing per se, but it has a curious sensation of moving through treacle when you fold and unfold it.

One of the other big additions to the Mate Xs is the aforementioned multitasking mode. This is a feature that allows you to use up to three apps on the device‘s large screen. Check it out in action here:

This is a fantastic feature and, in the future, should make a strong use case for using a foldable as a replacement for both your phone and tablet, but… it’s not quite there yet.

The idea is that you access the multitasking feature by dragging from the edge of the phone. At that point, a menu appears and you can select a specific number of apps to use. The problem is that it’s not intuitive.

In the clip above, that’s a Huawei rep demo’ing it because I was unable to get it working properly. The drag function feels a bit strange, the actual process of getting into the split-screen is tricky, and there aren’t that many supported apps.

This might sound bad — and it kinda is — but this is a new feature. Hopefully it’s just some teething issues and Huawei will get it right with a few software updates.

But here we get into the issues of these sort of devices: Do you want to wait for a €2,499 phone to become properly usable?

Yep — the Huawei Mate Xs is being launched in Europe at €2,499 (roughly $2,700). That’s an incredible amount of money. While I enjoyed my time with the phone, there are still too many unknowns and teething problems for me to be convinced it’s worth that much cash.

When you consider the fact there’s not only the strong possibility of hardware problems, but also the lack of Google apps will make using the device tougher than usual, the Mate Xs doesn’t seem like the wisest purchase right now.

I don’t want to pass proper judgement until I get my hands on one for a prolonged period of time, but I can’t see the Mate Xs being a best seller. Still, I’ve been surprised before and, considering the size of Huawei and its R&D investment, the company could solve a lot of software issues rapidly.

Until then, the Mate Xs is an amazing experiment and undoubtedly the shape of devices to come — it’s just that its time doesn’t seem to be here yet.