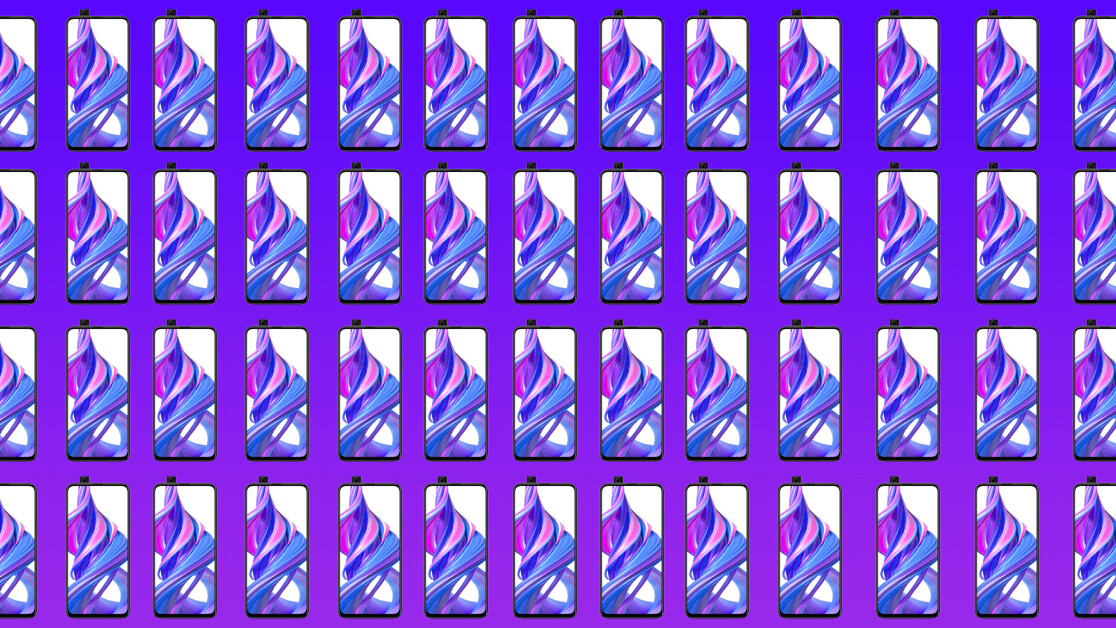 We covered the previous device in this series — the Honor 9X — in a piece about how good budget phones have become in the past few years. And, let me tell you something for free, the new 9X Pro has made this market all the more crowded.

Anyway, now the device has been properly announced, here’s everything you need to know about the Honor 9X Pro — including a short hands-on segment at the end. Don’t say we don’t treat you, folks.

If you’re making a youth-focused phone, the camera(s) are important — and Honor has given this area a lot of attention. The rear of the 9X Pro has:

On the front of the device, Honor has kept the same pop-up camera design as the 9X Pro. This little fella is 16MP, enough to really make your face, uh, pop during selfie time.

One of the benefits of the pop-up camera is that it allows an unbroken screen, something Honor has taken advantage of with the 9X Pro.

And what about the processor and memory?

The Honor 9X Pro improves on previous generations chipset (a Kirin 710F) with a Kirin 810 — a solid mid-range bit of hardware, even though the company itself refers to it as flagship.

Storage-wise, it comes with 256GB and has an expandable slot that can deal with another 512GB. On top of this, the Honor 9X Pro also has 6GB RAM — more than enough for most people.

Tell us some more stats about the Honor 9X Pro

Well, it comes in two colors: Midnight Black and Phantom Purple. Both of them are rather fetching.

It has a 4,000mAh battery and has a USB-C connection. Unfortunately, there’s no fast-charging support. Which sucks.

Oh — and how could we forget the cost? The Honor 9X Pro will retail for €249 (around $270) and will arrive in Europe in March. That’s a damn alluring price for what you get.

First things first, in my short time with the Honor 9X Pro it wasn’t a million miles away from its preceding device. It felt about the same size and weight, which is what you’d expect from an upgrade like this.

That said, there have been enough under-the-hood updates that there should be a substantial speed increase while in use. But how noticeable this will be in day-to-day use is questionable.

Another new feature I found fascinating was the location of the fingerprint scanner. In the Honor 9X Pro, it’s positioned on the side of the phone and is — to me at least — a far more natural way of unlocking your mobile than having the scanner on the rear.

I think the biggest change though are the lack of Google apps on the phone. While previous handsets had the standard Google suite (Maps, Gmail, etc.), the 9X Pro comes with a Huawei set instead — for obvious reasons.

Now, I haven’t really spent much time with these apps, but I can’t imagine they’d match Google’s offerings in terms of quality. Still, they can only improve over time, but it’s a big loss. Not having the apps the majority of us have used daily for many years now is a big blow.

From a hardware perspective, Honor‘s 9X Pro is an undeniably good deal. It’s powerful, has a great camera set-up, all for a reasonable price. The issue is going to be how it manages without Google apps — something that will rely on a lot of investment by Huawei. And time.

How much this will impact you depends on how central Google apps are to your life. I can’t wait to put the device through its paces and see how it holds up in this light. Make sure you keep an eye on Plugged for the full review of the 9X Pro.