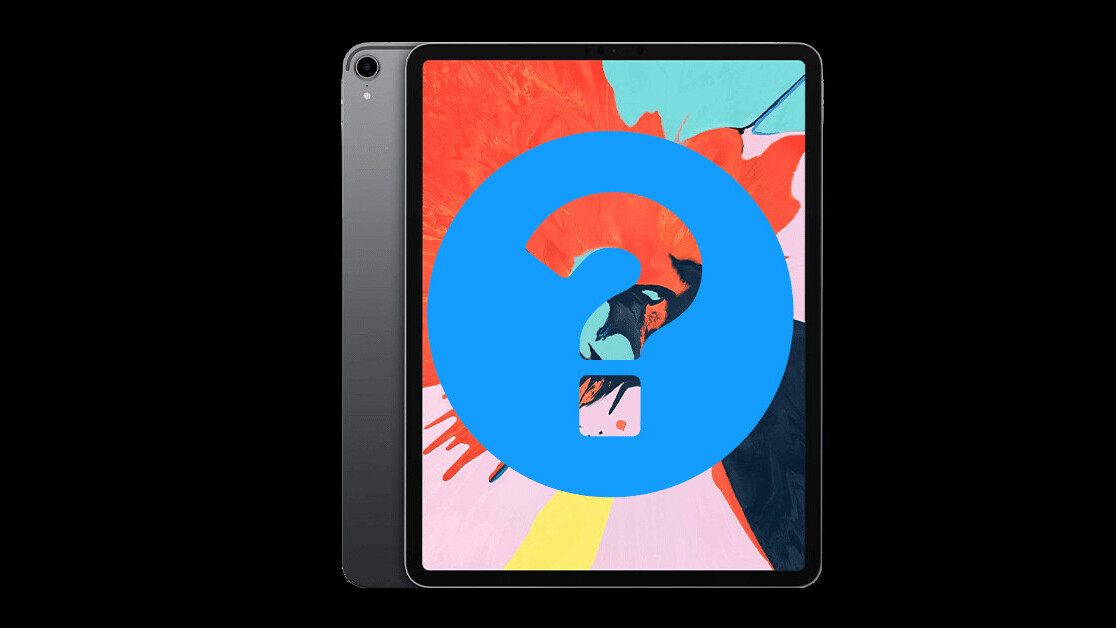 We reported earlier that the iPhone SE 2 could be launched on a March 31 event, but it appears there might be some other hardware launched on the same day: The iPad Pro 2.

DigiTimes, a paywalled Taiwanese publication that focuses on production line news, claimed that “Apple is scheduled to launch its new ‌iPad Pro‌ series around March.” If this is true — which is a big if — then it’d make sense the company would announce it at the same event.

Unless Apple suddenly decides to start throwing weekly events that is.

[Read: Life with the MacBook Touch Bar is awful and I hate it]

I’ve written before about the importance of the budget-focused iPhone SE 2 for Apple — especially if the company is going to continue its growth and expand its services arm. The new iPad Pro is a different sort beast though.

Rather than being an entry-level device aimed to attract as many people as possible, like the SE 2, the new iPad Pro (which starts at $799) firmly focuses on high-end power users.

It’s also an important bit of hardware for Apple generally. With the company recently launching iPadOS, the original iPad Pro is effectively that operating system‘s flagship device. If people are going to seriously give up a laptop and pick up a tablet instead, it’ll be the iPad Pro driving that change.

So far, this hasn’t been happening, but Apple will be hoping the new iPad Pro will alter that. (Spoiler: it’s not gonna)

So what can we expect from the new iPad Pro?

So far, the leaks of the iPad Pro 2 have been minimal — meaning a lot of this is going to be guesswork.

First things first, it’s likely that Apple will whack a new processor in the iPad Pro 2. The other big addition would be the company putting three cameras on the back of the new iPad Pro, bringing it in line with the iPhone 11 Pro range.

I can’t say I’m particularly excited about that because who wants to take photographs on an iPad? But I bet it’s something Apple can slam on the new iPad Pro without much effort. Plus, it doubles as a solid selling point.

These specific appear confirmed, but there are some other things I’d love to see on a new iPad Pro. For example, having a second USB-C slot for connecting more devices would be cool. I’m also a big fan of fingerprint scanners, so the inclusion of TouchID would be fantastic — but there’s no way on earth that’ll happen.

One reason for this is it’s clear Apple is moving away from the technology. The other is that the form factor of the iPad means it’s unlikely to undergo and huge design changes. It is what it is.

On that note, it would be fantastic to see Apple keep on reducing the bezels with the new iPad Pro, doing its best to make an edge-to-edge display, and maybe even moving to a cut-out style selfie camera.

Don’t bet on it though.

The new iPad Pro will be most likely be an iterative upgrade, and this is no bad thing. Apple will want to cement the device‘s place in its ecosystem, ensuring that it supports those who want to use the device as their main work tool. Bring on March 31!