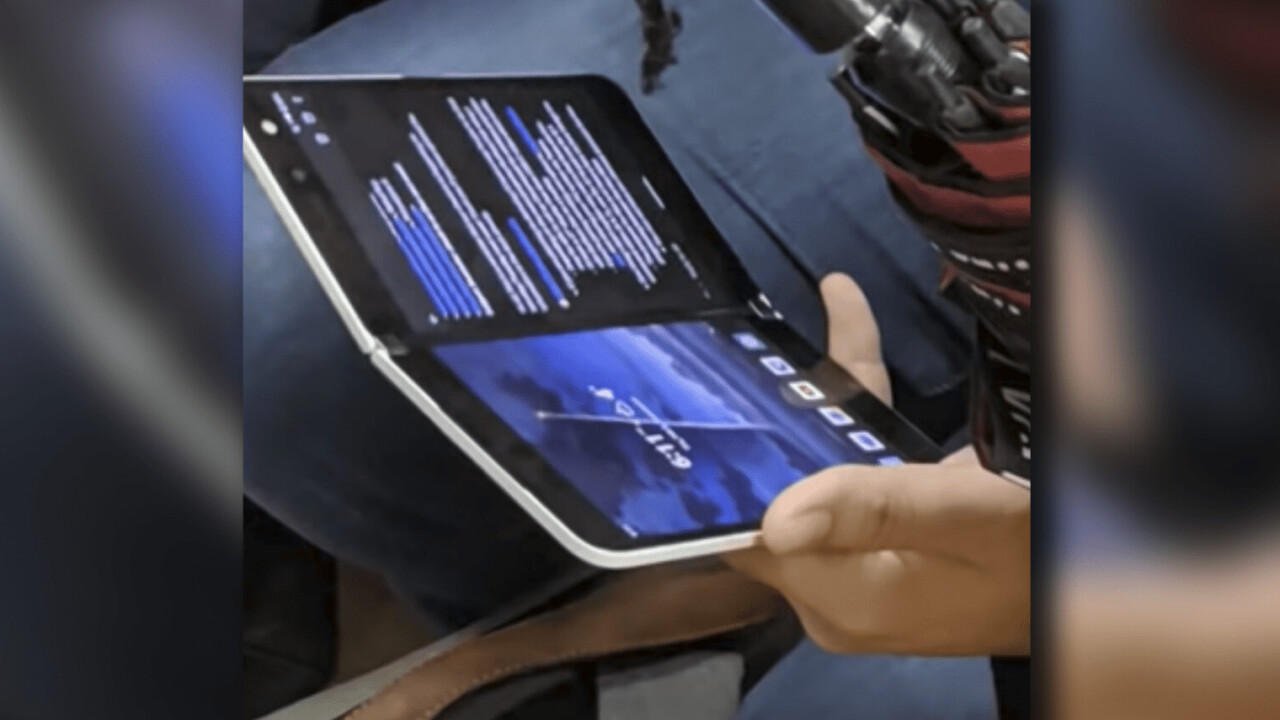 Microsoft unveiled the Surface Duo in October to huge fanfare, but unlike most of the devices at its event, journalists didn’t really get a chance to play with the mythical Surface Phone. That was a bit disappointing given the phone isn’t due to be released until the end of 2020, but it turns out at least some people already have their hands on one.

A YouTube video captured by Israel Rodriguez (via The Verge), shows someone – presumably a Microsoft employee or a developer with early access – using the Surface Duo on the Vancouver SkyTrain. Though it looks nearly identical to what Microsoft showed off in October, this prototype appears to sport a front-facing flash.

Minor hardware changes aside, it’s neat to see the Duo’s software in action. There appear to be a few hangups and choppy frames, but we can likely chalk that up to unfinished software. Unfortunately, we didn’t get a look

Last month, the company released an emulator that allowed developers to try Microsoft‘s dual-screen Android tweaks, and the UI seems well thought out so far.

In context – this feels even more magical. pic.twitter.com/8yLLoioE1K

Because the Surface Duo uses two separate displays rather than a single bendable one, the emphasis is strictly on multi-tasking and a seamless transition between screens.

Without any of the durability concerns of typical folding phones, the Surface Duo has the potential to be one of the best smartphones for getting stuff done. Hopefully, Microsoft works out the kinks between now and the claimed “holiday 2020” release date.