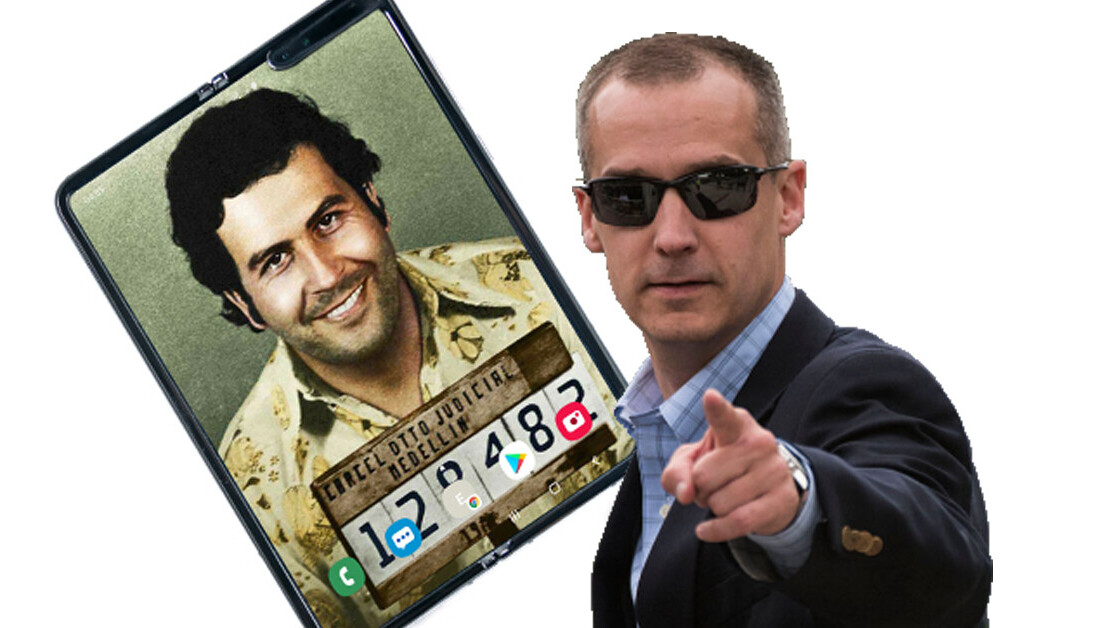 First it was Tesla. Then it was Apple. Now Escobar Inc — the mighty tech company owned by Pablo Escobar‘s brother Roberto De Jesus Escobar Gaviria — is coming for Samsung. It’s a serious threat, but not quite like you imagine.

The launch is accompanied by a handful of thoughtful commercials. One of those, titled “Rest In Peace Samsung,” comes in combo with an equally thoughtful domain — RIPSAMSUNG.COM — which redirects to the Fold 2’s pre-order page. “Samsung will not survive,” the commercial goes. “Pablo is still upset.”

The rest of the commercials are in the same vein as those for the Fold 2’s predecessor, the Fold 1 (which launched last December): Lots of nudity, but hardly any shots of the actual phone. “Sexy girls not included,” the commercial says, as a bunch of Playboy models flaunt the Fold 2 for the camera.

No worries, though, the handset is practically a Galaxy Fold look-alike. It also claims to sport the same hardware (including a Snapdragon 855 processor) as Samsung’s foldable, albeit with a significantly lower price tag. The Galaxy Fold will run you nearly $2,000; The Escobar Fold 2 retails at $400.

How Escobar Inc plans to deliver this device at this price point is beyond me. (I’ll go on a limb and guess that it won’t.)

Despite its hefty ambitions, Escobar Inc’s record in the phone industry is pretty much non-existent. Its first handset release, the Fold 1, was actually a rebranded version of 2018’s Royole Flexpai, as The Register noted. The Fold 2, similarly, could be yet another rebadged device. Android Police speculates it’s actually this Chinese clone of the Galaxy Fold.

Anyways, if you don’t choose your phones based on the barely dressed women that hold them, you’d be glad to know the Escobar Fold 2 has also secured some celebrity endorsements.

To Catch a Predator‘s Chris Hansen calls it “the best phone out right now.” Solid. Trump’s 2016 campaign manager Corey Lewandowski is also on the bandwaggon. “It’s absolutely incredible,” he says. “Vote Donald Trump,” he said added in in his endorsement.

Don’t believe me? Let me hit you with the evidence:

Anyways, I’m certain they truly believe in the future of the Fold 2, and have not been paid to recite some tacky marketing lines.

Look, it’s not quite like an endorsement from Gal Gadot, but you bet it’s just as genuine.