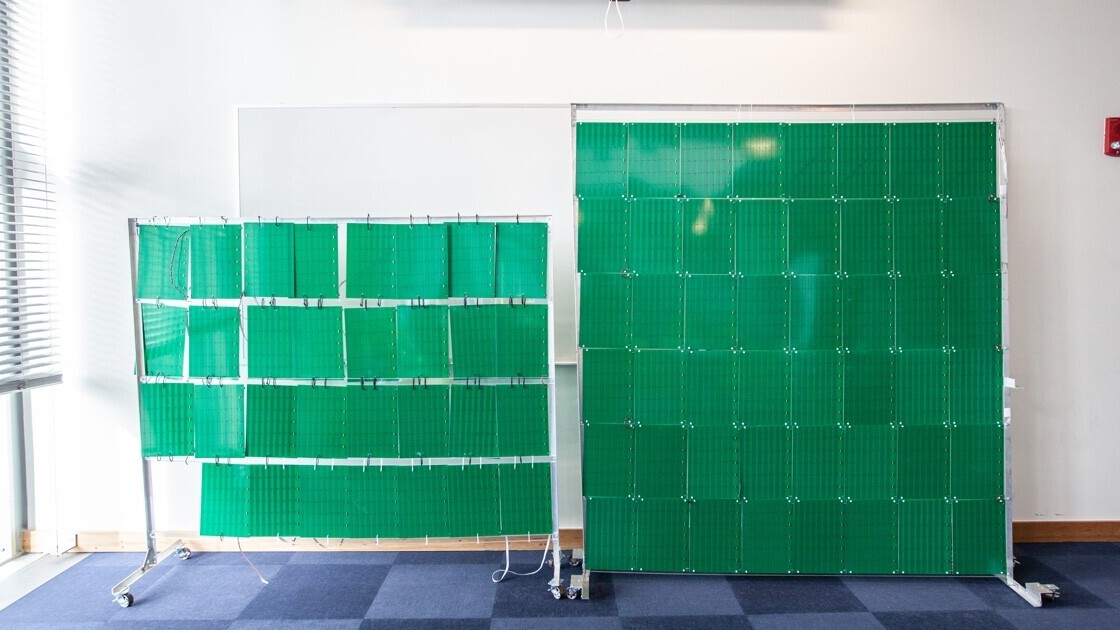 While the whole world is harping about “the age of 5G,” problems of adequate signal strength within homes and offices is still at large. To solve that, researchers from the Computer Science and Artificial Intelligence Laboratory (CSAIL), MIT, have developed a software-controlled “smart surface” that can boose signal strength up to 10 times.

The surface, named RFocus, is quite cost-effective and contains 3,000 antennas that can boose channel strength within office walls by a factor of two. This is helpful when multiple devices are trying to access the same network on the premises. Lead author of the research paper, Venkat Arun, said this the largest number of antennas ever used for a single communication link.

RFocus can be easily installed on a wall and set up between cubicles. One of the core advantages of this surface is that it can be configured to act as a mirror or a lens depending on the position of the device with respect to the receiver.

To reduce battery drain, systems often broadcast directed signals, and in turn, reduces power for signal strength to achieve that. However, that requires receiving devices to include extra antennas or increase the size of them at access points. That’s often quite impractical, and that’s where MIT’s new solution can come in handy.

MIT professor Hari Balakrishnan said a system like RFocus might be really useful and cost-effective in a large space such as a warehouse.  He also added that this a promising solution for transmitting signals at low power:

The core goal here was to explore whether we can use elements in the environment and arrange them to direct the signal in a way that we can actually control. If you want to have wireless devices that transmit at the lowest possible power, but give you a good signal, this seems to be one extremely promising way to do it.

Kyle Jamison from Princeton University had presented a similar solution in 2018. However, MIT’s team claims its solution is more cost-effective and efficient.